Obama Shows The World His Lack Of Knowledge Of The U.S. Constitution 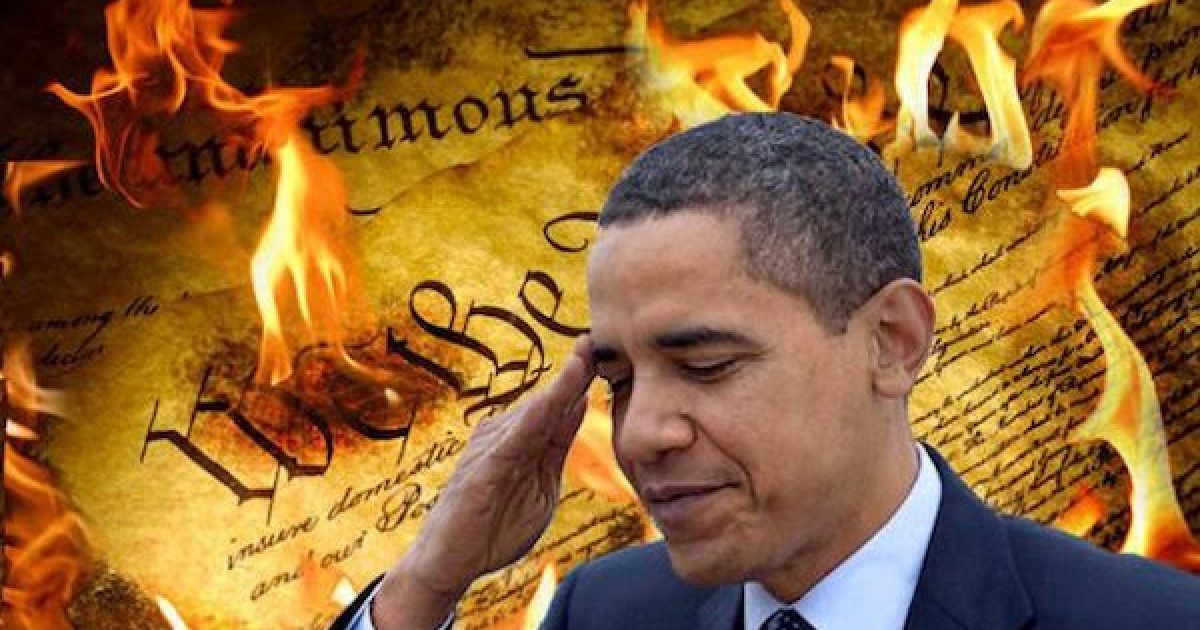 As we and others reported on Friday, former President Barack Hussein Obama lied about U.S. gun laws while speaking at VTEX DAY, the largest digital innovation event in Latin America, which is held in Sao Paulo, Brazil.  When he was done lying about gun laws, the former president demonstrated that he didn’t know the difference between the U.S. Constitution and the Declaration of Independence.

During his San Paulo address Obama, who used to be a constitutional law professor at the University of Chicago Law School said:

‘We hold these truths to be self-evident, that all men are created equal,’ is not in the Constitution it’s in the Declaration of Independence

We hold these truths to be self-evident, that all men are created equal, that they are endowed by their Creator with certain unalienable Rights, that among these are Life, Liberty and the pursuit of Happiness. — That to secure these rights, Governments are instituted among Men, deriving their just powers from the consent of the governed, — That whenever any Form of Government becomes destructive of these ends, it is the Right of the People to alter or to abolish it, and to institute new Government, laying its foundation on such principles and organizing its powers in such form, as to them shall seem most likely to effect their Safety and Happiness.  (H/T Thomas Jefferson)

Allow me to point out that what Jefferson wrote after all men are created equal, “that they are endowed by their Creator with certain unalienable Rights,” meaning that the government can’t try and take away our rights because it is God who gave them to us, is something that Barack Obama ignored during his presidency.

Not only does Obama claim wrongly that our country was born on inequality, this idiot claimed it was the Constitution and NOT the Declaration of Independence that said: “We hold these Truths to be self-evident, that all Men are created equal…"#Moron pic.twitter.com/uhkBLT0X3C

Obama said that the Constitution gave America the means of inclusion through Democracy.

“The more people we included, the more successful we became,” he said.

Obama used a basketball analogy to illustrate his point, pointing out that the NBA was better than ever by including more international players like Giannis Antetokounmpo, a Nigerian from Greece who plays for the Milwaukee Bucks.

“Now he’s one of the best players in the world,” Obama said, pointing out that if the NBA did not include international players, they were leaving talent on the field.

“If you don’t include women, you are leaving talent on the field,” Obama said, saying it was in every country’s interest to “include everyone.”

He had quite a bit more to say.  For example, he said that that while supports the concept of capitalism, he called for a “revolution of values” to create a better, more equal society that is more environmentally stable.

“It’s not going to do us much good to have really wonderful apps and great virtual reality when the actual reality of the planet is getting hotter, and the oceans are rising, and the forests are getting cut down, and we can’t breathe,” he said.

“We have to redesign our minds to say that we’re at our most powerful and influential when we’re able to help others,” he said in conclusion.

Ironically before he became president Obama was reluctant to give money to help others.  As reported by the TaxProfessor Blog in 2008:

His charitable donations did increase once his lack of charitable giving became an issue during the 2008 campaign.  Perhaps because he was publicly embarrassed. Forbes reported the Obamas donated $1.1 million from 2009-2015 while earning $10.8 million before taxes.