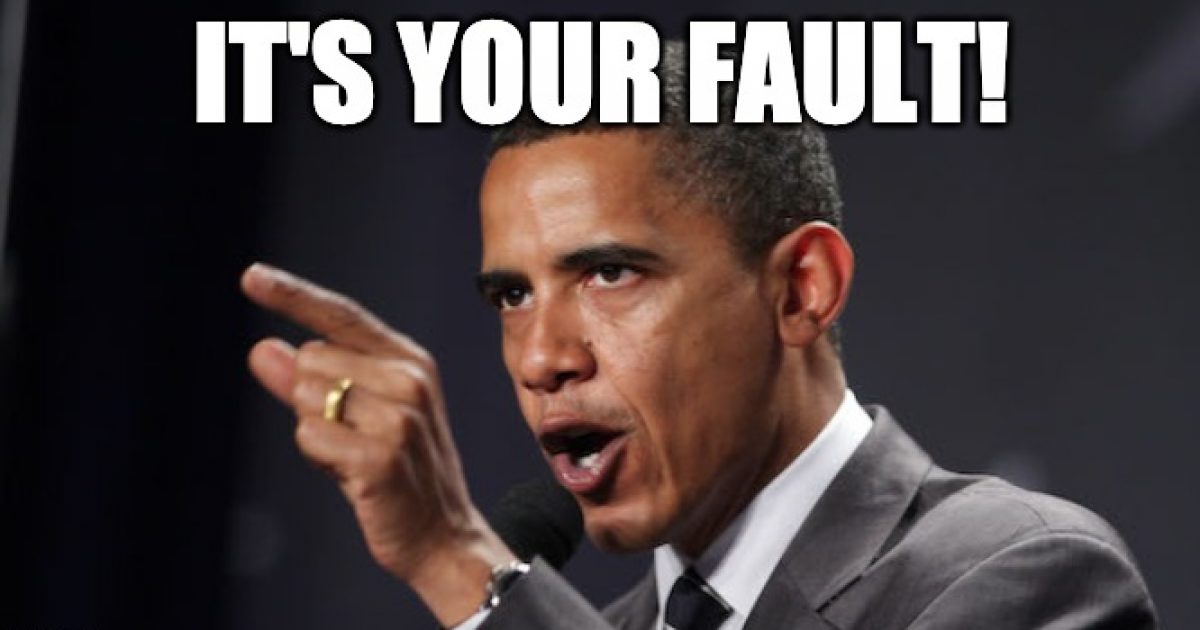 NY Times WH Reporter Peter Baker updated his book  ‘Obama: The Call Of History’ to take the Obama presidency through the end. Part of the update was a new section about the 2016 election. That part of the update was covered by The Daily Mail and is shocking. Barack Obama placed the blame for Hillary Clinton’s 2016 loss on someone I haven’t heard any other Democrat blame—Hillary Clinton.

To Obama and his team, however, the real blame lay squarely with Clinton. She was the one who could not translate his strong record and healthy economy into a winning message.

Healthy economy? Was Barack Obama stoned or something? What we have now is a healthy economy, what we had when he was POTUS was a stagnant lousy economy.

‘Never mind that Trump essentially ran the same playbook against Clinton that Obama did eight years earlier, portraying her as a corrupt exemplar of the status quo.

‘She brought many of her troubles on herself. No one forced her to underestimate the danger in the Midwest states of Wisconsin and Michigan.

No one forced her to set up a private email server that would come back to haunt her.

‘No one forced her to take hundreds of thousands of dollars from Goldman Sachs and other pillars of Wall Street for speeches.

‘No one forced her to run a scripted, soulless campaign that tested eighty-five slogans before coming up with ‘Stronger Together’.

Baker also reported that Obama felt that Trump was a faker and he considered Hillary’s loss a personal insult.  Which is understandable because Obama always thought that it was all about him. But never fear Mr. Ex-President, when people were voting for Trump we weren’t only insulting you, but we were insulting Hillary also.

Baker writes that Obama woke up on the morning of November 8, 2016, convinced he would ‘not be handing the nuclear football over to Donald Trump – the reality television star, he thought, was a joke’.

Obama arrogantly thought there was ‘no way Americans would turn on him’ even though Clinton was far from perfect.

Baker writes: ‘She was a serious and seasoned professional who had served at the highest levels of government and provided mature leadership. Just as important, she would continue his policies and cement his biggest achievements.

‘His legacy, he felt, was in safe hands’.

Given that Obama had no formal role in the election he went to the White House movie theater with his wife Michelle and adviser Valerie Jarrett where they watched Dr. Strange, the superhero movie starring Benedict Cumberbatch.

Gotta give the (thankfully) former president some credit. He has good taste in movies. While it wasn’t the best of the Marvel movies, it was undoubtedly a great flick.

Baker writes that Obama’s phone buzzed with an update and he said: ‘Huh. Results in Florida are looking kind of strange’.

Michelle went to bed early but as Obama watched TV he looked on in horror as Trump won Pennsylvania, Wisconsin and Michigan which had been Democratic for years.

Baker writes: ‘By the end of the evening, the unthinkable had happened’.

Obama struggled with what the American people had done and thought to himself that they ‘simply could not have decided to replace him with a buffoonish showman whose calling cards had been repeated bankruptcies, serial marriages and racist dog whistles’.

No, Mr. Obama, we replaced you, a lousy president, with an excellent one.

‘Obama may not have been on the ballot, but it was hard not to see the vote as a ‘personal insult,’ as he had called it on the campaign trail. ‘This stings,’ he said. ‘This hurts’.

Well, good! You deserved the ‘sting.’ The message America was giving you was after eight years of a president who didn’t care about American citizens, only his leftist ideology, we wanted a POTUS who actually listened to America. But he still didn’t “get it.” Per Baker, Obama even likened himself to Michael Corleone in the Godfather movies and said he was handing power over to somebody who would destroy his legacy.

Which legacy? A stagnant economy, the rise of ISIS, eight years of Antisemitism, increased healthcare insurance costs with much higher deductibles, spying on a Republican presidential campaign, higher taxes, creating an economy where people gave up and dropped out of the workforce,  using American taxpayer money to try and defeat the incumbent Israeli Prime Minister, so many restrictions on operating a business that they refused to invest in their companies or workers? Those are some examples of his legacy.

Donald Trump isn’t destroying Obama’s legacy, he is fixing Obama’s eight years of screwing up.  If that stings Barack Obama…well, the truth hurts.