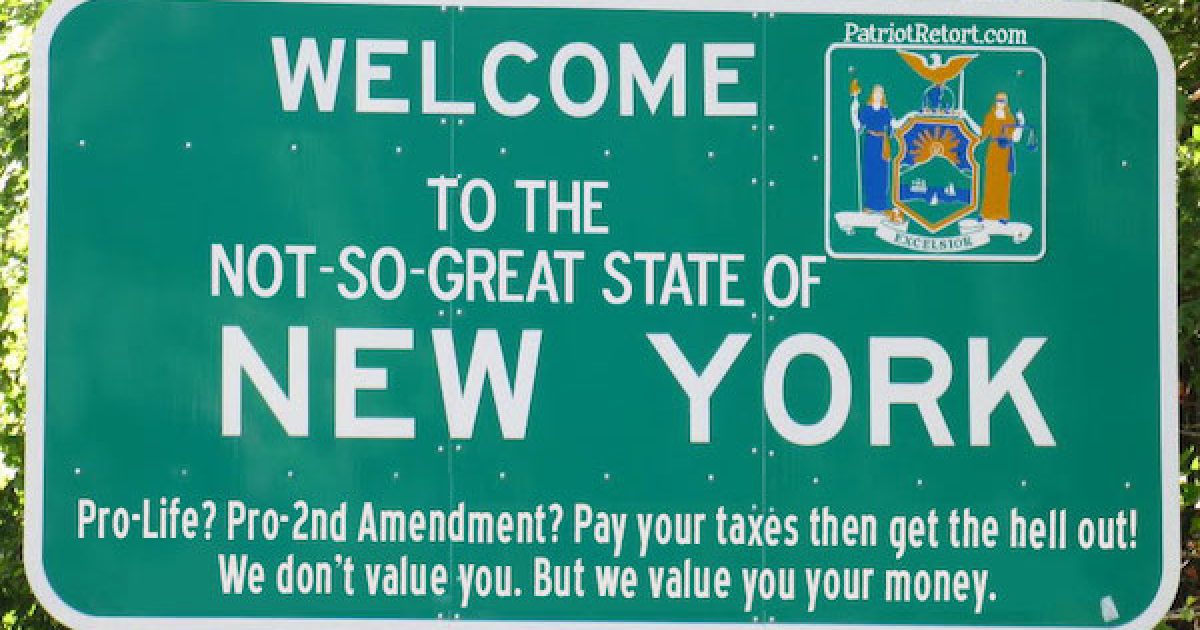 Facebook Twitter Flipboard
Revised Fourth Amendment to the US Constitution: The right of the people to be secure in their persons, houses, papers, and effects, against unreasonable searches and seizures, shall not be violated, and no Warrants shall issue, but upon probable cause, supported by Oath or affirmation, and particularly describing the place to be searched, and the persons or things to be seized, except in New York State.
The gun-grabbers in New York state have outdone themselves this time. In a proposed new legislation restricting personal freedoms,  a person who wants to purchase a firearm, or renew a permit for a firearm – one will have to turn over their Internet search history and their social media passwords!
Per CBS-AM Radio

“A three-year review of a social media profile would give an easy profile of a person who is not suitable to hold and possess a fire arm,” Adams explains.

The two are hoping to identify any hate speech on social media profiles, which are often revealed only after someone is arrested in a mass shooting.

“If the police department is reviewing a gang assault, a robbery, some type of shooting, they go and do a social media profile investigation,” Adams said.

This has to be a violation of the Fourth Amendment protection from unreasonable search and seizures. Usually one would have to get a judge’s permission before demanding someone’s internet search history and social media passwords, but the two goons from Brooklyn want people to turn over their personal internet information without a search warrant. As we say in Brooklyn, fuggedaboutit!

According to an article by Daisy Luther, police would be looking for evidence that the applicant used “racist or discriminatory language, threatened the safety of another person, inquired about or alluded to an act of terrorism,” or any other item or thing the investigating officer finds suspicious.

This new gun control law is headed down an extremely dangerous road, our personal freedom is literally on the line here – and if this bill passes, there may be no turning this around.  The potential for abuse here is not only genuine, but it is also almost 100% guaranteed – and I for one am not willing to bite this bullet.

Suppose you make some smart comments that of course, you don’t mean on a social media site, we have all done this in the spirit of fun, being silly, etc.  Maybe a comment you made on social media is taken entirely out of context, quite possibly on purpose.  Well now, this kind of thing could cost you your God-given right to own a firearm.

How is any of this fair?  Answer – it’s not!  This is where our society is headed anywhere that Democrats are in control.  Guns do not, nor have they ever; killed people – people kill people.  Despite some of the strictest gun control laws in the nation, Chicago is the leader in killings and gun violence.  So does gun control really work?

I can hear what some of you are thinking, that is New York, it has nothing to do with where I live.  This writer is here to disabuse you of that notion; it has everything to do with you – no matter where you live in the U.S.

Does anyone for one minute honestly think that if the Politicrats manage to pass a bill severely restricting an American citizens right to purchase a firearm, based on someone’s speech– that said the law will remain only in the state it was passed in?  That’s like saying California will become a bastion of conservative values tomorrow – not going to happen.

In addition to this idiocy concerning reasons to keep guns from law-abiding people, a university professor in Maine pontificated on why it is Constitutionally acceptable to ban handguns!  Uh, maybe this professor needs to carefully reread the Second Amendment?

And when that professor is done with his copy of the constitution maybe he can share it with the two freedom-grabbing idiots from Brooklyn where they can read about the First and Fourth Amendments. In Emperor Andrew Cuomo’s New York the Bill of Rights doesn’t matter, because this legislation if passed not only violates the First Amendment rights to free speech as well as the Second and Fourth Amendment.