What Ever Happened To One Man One Vote 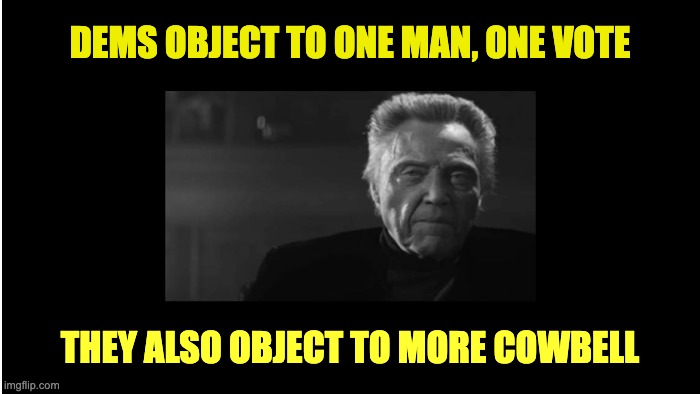 NYC Democrats
One of the most sacred rights and responsibilities of American citizenship is voting. We are supposedly guaranteed one man, one vote. This means that every citizen’s vote is worth the same as every other citizen’s vote. That guarantee has never been perfect. Blacks weren’t allowed to vote until the 15th Amendment in 1870, and women until 1920’s 19th Amendment, but the tradition of the United States has been to aspire toward honest elections. However, the desire to add non-citizens to the voting rolls waters down the effect of citizens voting.

It is also against the law for non-citizens to vote in federal elections: 18 U.S. Code § 611 section A reads:

“It shall be unlawful for any alien to vote in any election held solely or in part to elect a candidate for the office of President, Vice President, Presidential elector, Member of the Senate, Member of the House of Representatives, Delegate from the District of Columbia, or Resident Commissioner,”

Selecting who votes in a local election is a decision of the states. But voters can push to make the decision:

A group of New York City African-American residents has filed a federal lawsuit to block the Big Apple’s new law that would allow foreign nationals to vote in citywide elections.

In July, the city’s election board approved an outrageous plan that would allow around 800,000 undocumented or foreign-born and un-naturalized aliens to vote as long as they prove they have resided in the city limits for 30 days before Election Day.

This group of African American voters says that the new rule violates not only the 15th Amendment and the Voting Rights Act but also an attempt to water down the black vote with the vote of Hispanics.

According to the lawsuit:

According to data from the 2020 American Community Survey of the United States Census, there are approximately 1,300,000 foreign nationals residing in Bronx, Kings, New York and Queens Counties. Of that total, approximately 495,000 are Hispanic and 348,000 are Asian. [Emphasis added]

New York City has approximately five million active registered voters. The addition of approximately one million foreign-citizen voters could potentially make up almost 20 percent or more of the electorate in future New York City elections. This is greater than the margin of victory in many municipal elections. [Emphasis added]

The lawsuit alleges that the new voting rule has an “explicit racial purpose” to eliminate power from black voters.

Personally, the NYC liberal; politicians are fighting to ensure the votes of all legal voters of any race receive less weight than by people more likely to vote their way.