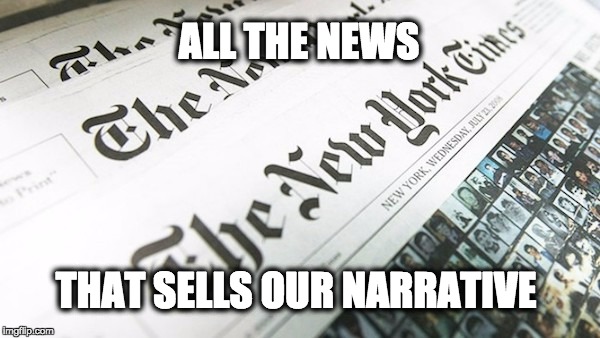 As Hillary Clinton began to feel a bit worried about the results of the election the career politician began implying that Donald Trump’s relationship with the Russian government was somehow inappropriate; an especially absurd accusation given that there had been no relationship between Trump the and Kremlin discovered.  It was merely a last-ditch effort by the listing liberal ship in the throes of taking on scandalous waters.

Now, every time anyone with a Russian connection does anything in America, it is somehow connected to President Donald Trump’s nefarious work as a Russian double agent.  For instance, when a Russian lawyer met with Donald Trump Jr. in New York City promising to spill dirt on Hillary Clinton, the left took that as an obvious sign that the younger Donnie’s dad was deep within the Kremlin ranks.

The logic employed, or likely not employed by the left is astounding.  If then-candidate Donald Trump was working with the Kremlin to beat Hillary Clinton, why would Donald Jr. be meeting with a non-governmental lawyer in secret at Trump Tower?  Wouldn’t the Russian government simply hand over whatever information this lawyer had directly to the campaign?  I suppose that’s just liberal logic for you.

Now, the true nature of this meeting is being discovered weeks later and it’s beginning to smell a bit strange.  Not only did Obama’s DOJ allow this Russian lawyer to enter the United States with special treatment, but now it has been revealed that in the room with Don Jr. and the lawyer was a Russian translator from Hillary Clinton’s State Department staff.

Of course, these facts are being largely ignored by The NY Times and the rest of the mainstream media who has been completely dismissive of any information that destabilizes the current version of this cockamamie conspiracy theory.

“A Russian translator who worked on behalf of the State Department, including during Hillary Clinton’s tenure as Secretary of State, was reportedly present at the June meeting at Trump Tower with President Trump’s son, Donald Trump Jr.

“On Friday, the New York Times reported that Rinat Akhmetshin, a U.S. lobbyist and former Soviet military serviceman, was present for the brief meeting with Trump Jr.

“Akhmetshin identified an individual named Anatoli Samachornov as being the Russian translator who was present at the meeting at which Russian attorney Natalia Veselnitskaya reportedly argued against the Magnitsky Act, which sanctions Russian officials. The meeting was reportedly presented to Trump Jr. as being about information regarding Hillary Clinton. Veselnitskaya reportedly does not speak English and has given interviews to U.S. news media outlets through translators in recent weeks.

“Samachornov would not confirm to the New York Times that he was present at the meeting between Trump Jr. and Veselnitskaya, only admitting that he was working with Veselnitskaya on efforts related to opposing the Magnitsky Act during the time of the meeting at Trump Tower.

“The NY Times did not provide any background on Samachornov beyond reporting his name and that he was a ‘translator.’”

The Times’ omission is a classic tactic from the progressive bible, distorting the reality of Samachornov’s involvement with the Clinton-run State Department.

While entities such as the NY Times and CNN rail against what they believe is an unfair “fake news” characterization by President Trump and his supporters, actions such as the mingling of liberal politics into selective editing of the facts only furthers the claims of media bias and unethical faux-journalism by members of these horribly slanted “news” outlets.