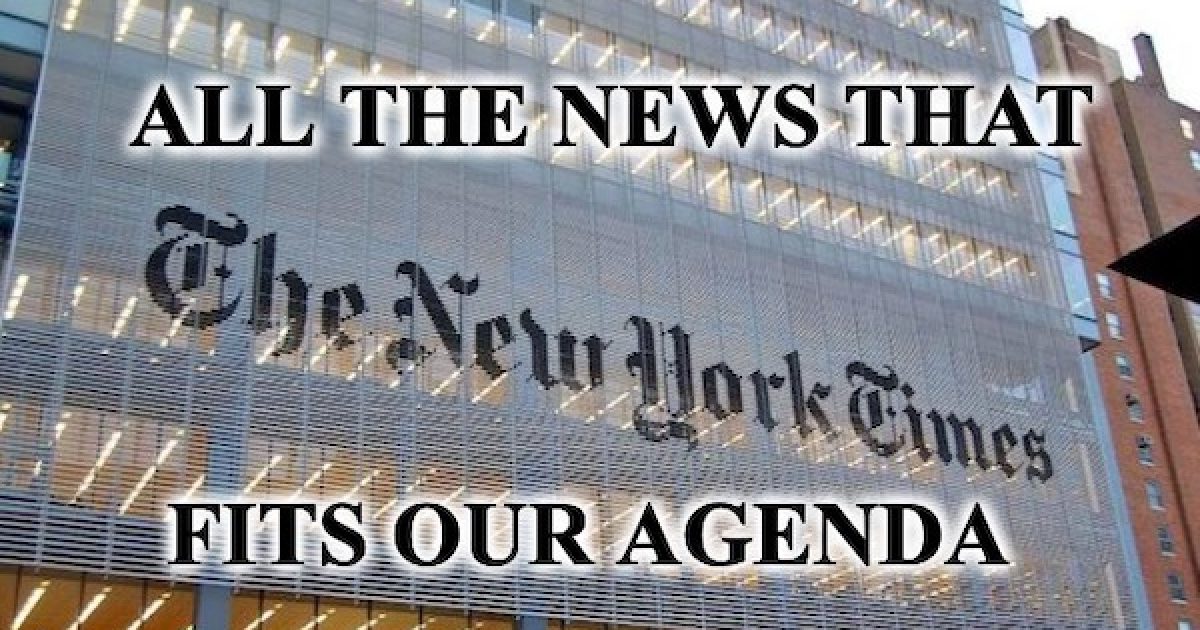 The NY Times editor accidentally admitted that he re-built his paper around the anti-Trump Russia collusion hoax and that the primary purpose for the Times has been to spread the Russian lies to destroy Trump.

Now, to any sentient conservative, that admission would not really be news, exactly. After all, the proof is in the pudding and just any casual reading of the Times makes it clear that it has a single purpose: to destroy Trump.

But this is a pretty shocking thing to admit, despite that its truth is readily apparent.

The Times is supposed to be the pinnacle of news. At least, that is what the left keeps braying when people scoff at the paper.

But now editor Dean Baquet is finally admitting that the whole paper is just a low-end, partisan rag and not the upstanding “paper of record” it is assumed to be.

According to Breitbart News’ John Nolte, Salon.com got hold of a recording of a meeting in which Baquet made his admission. This recording was not supposed to be made public.

Slate somehow got a hold of a recording of a company-wide meeting Baquet held with his left-wing staffers, and it is an illuminating look, not only at the fall of the Times’ own credibility, but how the news media in general has been infested with entitled, left-wing cry-bullies who only want to see the media used — not to inform the public — but to propagandize left-wing causes.

Here are some excerpts of that recording of Baquet’s admissions to his crew:

It got trickier after [inaudible] … went from being a story about whether the Trump campaign had colluded with Russia and obstruction of justice to being a more head-on story about the president’s character. We built our newsroom to cover one story, and we did it truly well.

Baquet went on to admit that now that the Russia hoax is essentially over, they are empty of purpose:

Now we have to regroup, and shift resources and emphasis to take on a different story. I’d love your help with that. As Audra Burch said when I talked to her this weekend, this one is a story about what it means to be an American in 2019. It is a story that requires deep investigation into people who peddle hatred[.]

The day Bob Mueller walked off that witness stand, two things happened. Our readers who want Donald Trump to go away suddenly thought, “Holy shit, Bob Mueller is not going to do it.” And Donald Trump got a little emboldened politically, I think. Because, you know, for obvious reasons. And I think that the story changed. A lot of the stuff we’re talking about started to emerge like six or seven weeks ago. We’re a little tiny bit flat-footed. I mean, that’s what happens when a story looks a certain way for two years. Right?

Well, there you have it. The New York Times “built its newsroom” to push a lie. And now that the lie has been exposed… they have nothing.

This is the state of the left, actually.