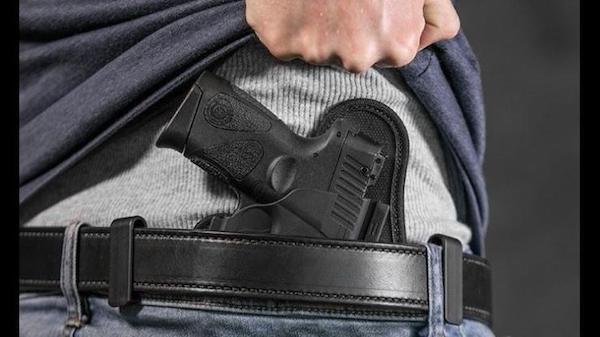 In the case Christian v. Nigrelli, the federal court declared that the state did not have the power to ban firearms on private property in light of the Heller and McDonald decisions in which the U.S. Supreme Court declared that the Second Amendment was an individual’s right, not a collective or state-controlled right.

The Christian v. Nigrelli case explored whether New York Gov. Kathy Hochel had a right to use her “emergency” powers to enact the ban. The court decided that Hochul’s ban was illegal.

Another of New York’s new restrictions imposed in the immediate aftermath of the Supreme Court’s Bruen decision is the private property exclusion. That new provision makes it a felony for a license holder to possess a firearm on all private property unless the relevant property holders permit such possession with a sign or by express consent.

The Supreme Court’s cases addressing the individual’s right to keep and bear arms—from Heller and McDonald to its June 2022 decision in Bruen—dictate that New York’s private property exclusion is equally unconstitutional. Regulation in this area is permissible only if the government demonstrates that the current enactment is consistent with the Nation’s historical tradition of sufficiently analogous regulations.

Property owners, indeed, have the right to exclude. But the state may not unilaterally exercise that right and, thereby, interfere with the Second Amendment rights of law-abiding citizens who seek to carry for self-defense outside their homes. Thus, the motion for a preliminary injunction enjoining the Defendants’ enforcement of this private property exclusion is granted.

The fight continues, though.