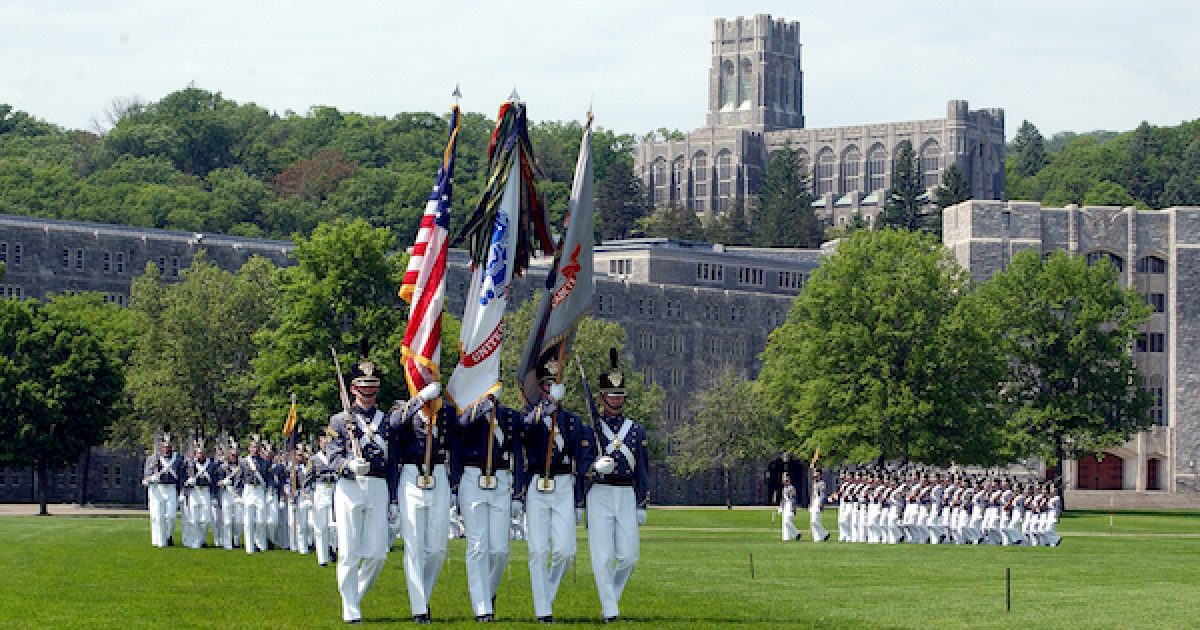 On Sunday, the Daily Caller reported that a former professor at the U.S. Military Academy at West Point claimed to have taught Spenser Rapone, the Communist-supporting graduate, in his first year at the academy, and said the cadet was urged to resign.  Toward the end of the report, however, the Daily Caller said an active duty Army officer who wished to remain anonymous, told the media outlet that there are “a number of avowed Communists” teaching at the school.

An active duty Army officer contacted by The Daily Caller, who wished to remain anonymous, agreed with the sentiments of Lieutenant Colonel Heffington and the former senior faculty remembers. The officer said that criticism of the increasing civilian influence within West Point was entirely warranted. “I can assure you,” the officer stated, “there are a number of avowed communists [teaching at West Point].”

The officer said he has “personally heard” two civilian professors claim to be communists. One, in particular, he adds, was “quite proud of this fact.”

According to the officer, the presence and influence of openly Marxist faculty members are partially to blame for the leniency that the academy showed then-cadet Spenser Rapone. “Why punish this Che-loving former cadet, Rapone, when we let senior faculty openly support such views?” the officer asked.

Heffington, the officer who once reported Rapone, penned an open letter to academy graduates blaming West Point’s superintendent, commandant and dean for fostering a sweeping “culture of permissiveness” and an “embrace of mediocrity” within the academy, the DC said.

One professor who said he taught Rapone during his first year at the academy, reportedly urged him to resign.

“I did teach Spenser Rapone,” he said. “And certainly the red flags were there.”

“He was highly critical of the Army,” the professor said. “It seemed like he had a chip on his shoulder from his prior service, but I could never get him to say why. I had seen similar attitudes on soldiers getting out of the Army before. He was critical of the war strategy in Afghanistan as being a continuation of imperialism.”

“[I] even advised him bluntly to resign when he expressed some alarming opinions,” the professor added. “While I saw red flags in his statements and behavior, he hadn’t said or done anything bad enough to warrant a sworn statement like that of LTC Heffington. When I say he was critical of the Army, he never said things to me like he later posted on social media pages, like, ‘f$@k this country.’ To me, he was more obnoxious than anything; he sounded like a jaded private.”

“I can only assume he became more radicalized over time,” this professor said, “because, for as many red flags that I saw, I never saw behavior like that which LTC Heffington attempted to correct. I corrected [Rapone] on his hair, attitude… I also witnessed other officers correct him, mostly for his hair and less than acceptable military bearing in interacting with officers in Thayer Hall.”

The professor said he did not report Rapone and explained why:

My superiors were aware of Rapone and had corrected him on their own (I witnessed that). Besides, academic instructors reporting disciplinary issues to TACs invariably resulted in the academic instructor being told, ‘stay in your lane.’ I had been told that already for correcting other cadet behavior… So I knew that writing a report would have been a useless waste of my time.

Worse yet, he said that “I wouldn’t have expected them to do anything given the current state of discipline in the Corps of Cadets besides [telling] him to get a haircut.”