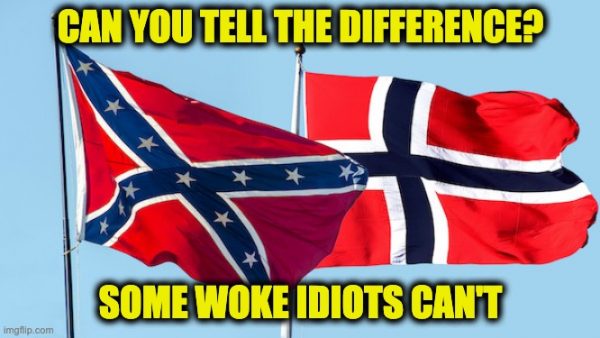 The Nordic Pineapple is a Michigan B&B that is owned by Greg and Kjersten Offenbecker. They used to fly both the America Flag and Norwegian Flags, but people sent them hate messages because they don’t know the difference between the Norwegian flag and the Confederate flag. Yep, that’s right, woke morons can’t tell the difference between the Confederate (Southern Cross) Battle Flag and the Norwegian flag.

The Offenbeckers created the Michigan B&B from an old house built in the 1800s.

“It is a sad day at The Nordic Pineapple. We have decided to no longer fly The Norwegian flag on the front of the inn. This flag is so often mistaken for the Confederate flag and people are often offended by it before they realize that they are mistaken. I am very proud of my Norwegian heritage and will fly it on special occasions like Norwegian Independence Day and maybe I will find a less conspicuous place to fly it but, for now we feel that it is the best decision to take it down.

I urge people to slow down and see the world through less jaded glasses. When we think of the worst before we have all the facts, we lose sight of all of good that out there that we should find. If you got to know us you would see that we are very proud Americans and very patriotic. Greg served this country in the Navy during Desert Storm and was a proud employee for the Department of Homeland Security. We have 2 adopted children who are both black and we have tried to teach them not to judge on first glance or outward appearances. We love being members of the St Johns community and are heartbroken to have had to make this decision. Given the current cultural climate and the idea that people are judging us based on the misconception of the national Norwegian flag vs. the Confederate flag, this is what is best for our family and our Inn…” 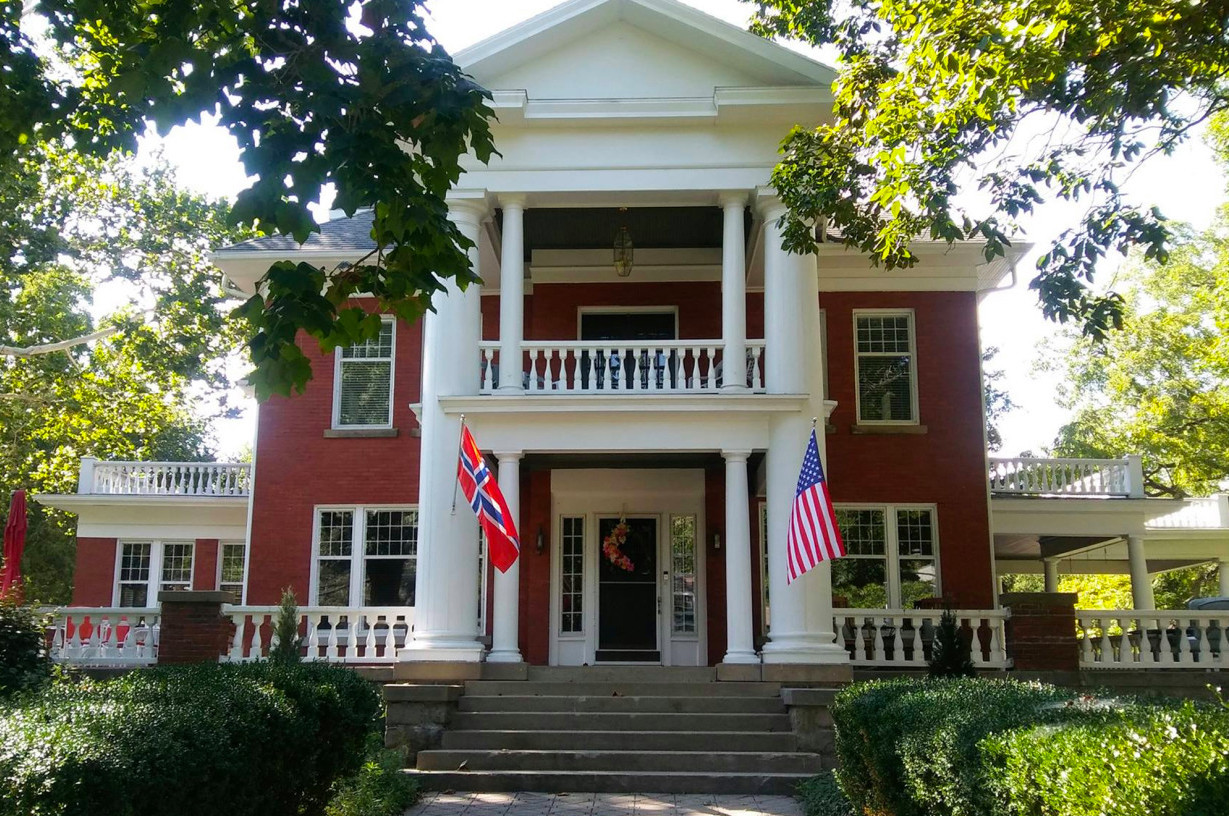 Nordic Pineapple Before The Flag Removal

…”It bugs me as far as the stupidity of people,” Greg Offenbecker said. “Even if the flag is blowing in the wind or laying limp, there are no stars on it. They look nothing alike.”

Over the last two years the couple responded to concerns about the flag at the front of their property with a simple explanation of what they were actually hanging on the house.

“Can you look again?” Kjersten Offenbecker usually asks them.

Lately, however, the nastiness took an uglier turn. They received at least a dozen demands at their Michigan B&B to remove the flag and many comments, so Kjersten Offenbecker decided to remove the flag. The Offenbeckers are being called racist…yet they have two Black children who actually experienced racism in previous schools. They have been happy in St Johns, Michigan. Except for that Norwegian flag incident.