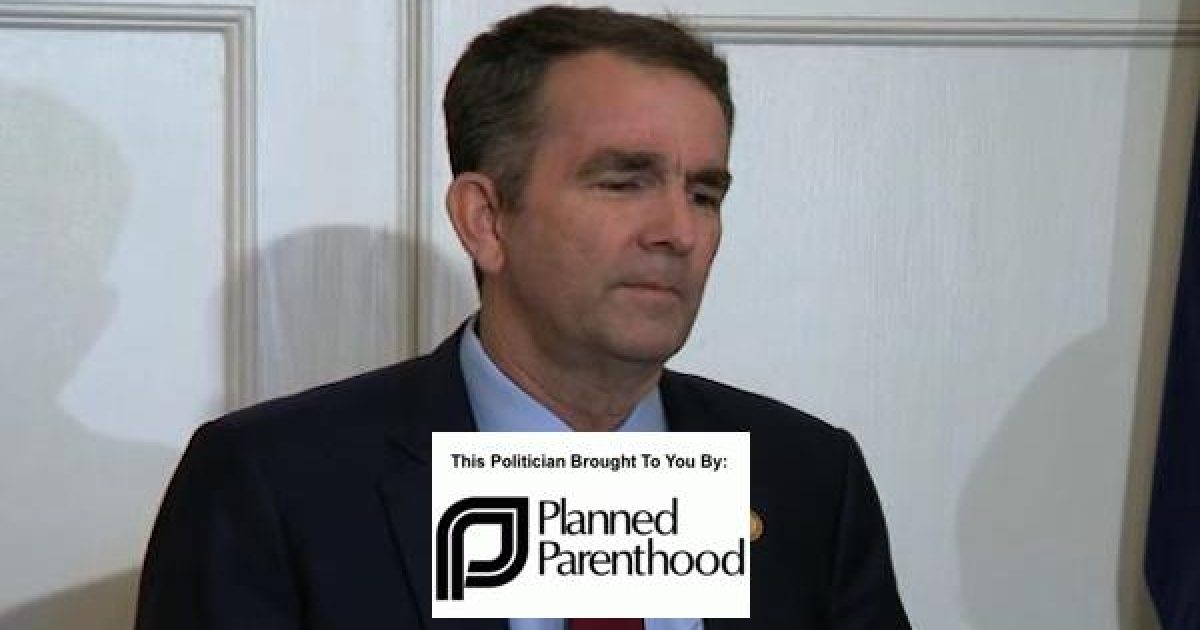 After the horrifying bill and Northam’s disgusting statement endorsing infanticide went viral the bill thankfully was defeated with Virginia officials pledging it would never be voted on.

Northam said in a radio interview:

See PP doesn't use federal funds to perform abortions. They use it to bribe politicians who pass laws allowing them to commit infanticide. Governor Who Endorsed Infanticide Received $2 Million From Planned Parenthood https://t.co/A3nkZ3N7IO via @BigLeaguePol

Research reveals nearly $2 million in campaign contributions from the taxpayer funded pro-abortion group Planned Parenthood sent to Northam, who endorsed a bill that would allow new mothers to determine whether they wanted to keep a child after delivery, essentially legalizing infanticide.

Northam received $1.996 million from Planned Parenthood Virginia over the course of five years, with most of the donations [$1.977 million] coming in during his 2017 election campaign . These include massive cash injections of $338,852, $278,247, $255,641, and other similar amounts in the final days before the election.

Truly amazing! The government gave Planned Parenthood $528 million last year. Planned Parenthood donates almost $2 million Northam’s 2017 campaign. Taxpayer money funneled to a political campaign. How is this even possible? Something is very wrong and disturbing with this.

As for Northam, next to the blackface scandal, the criticism he received over his endorsement of infanticide may have been the Virginia Governor’s highest low point last week. 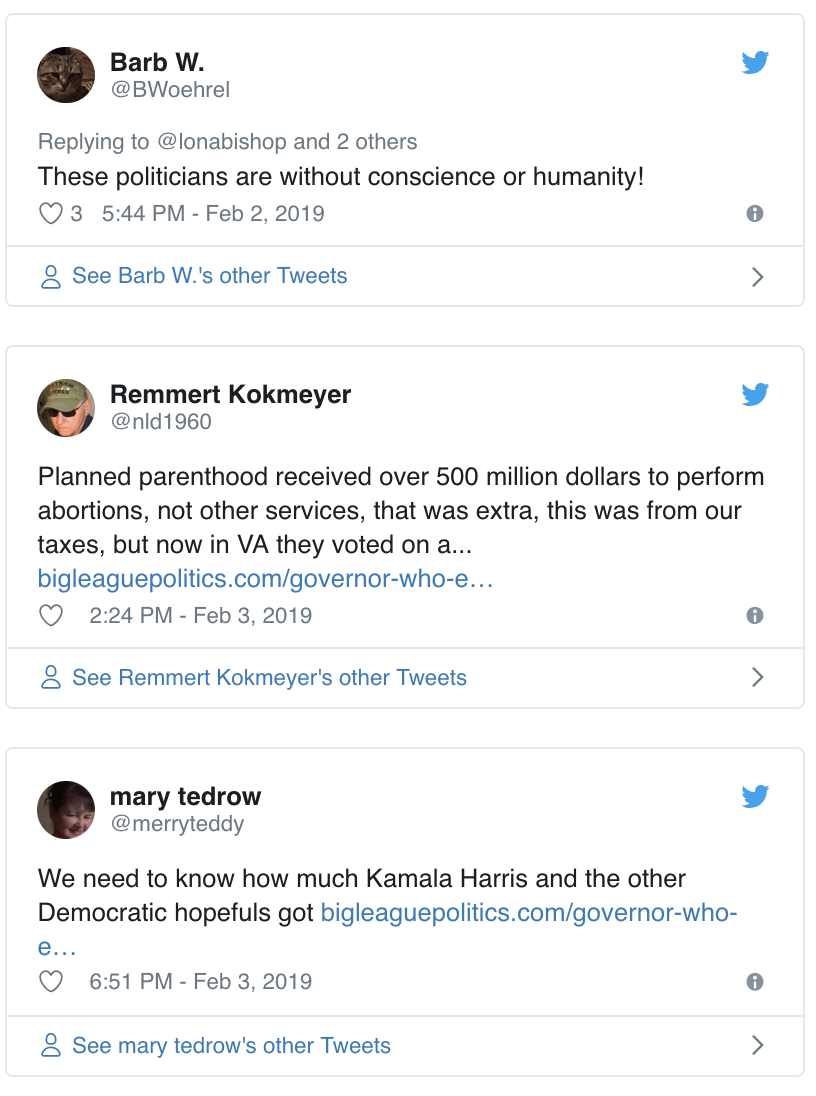 Mary she probably got a lot of cash because when she was running for Attorney General of California through the very beginning of her Senate campaign, Kamala Harris got $81K from Planned Parenthood and other pro-abortion groups. 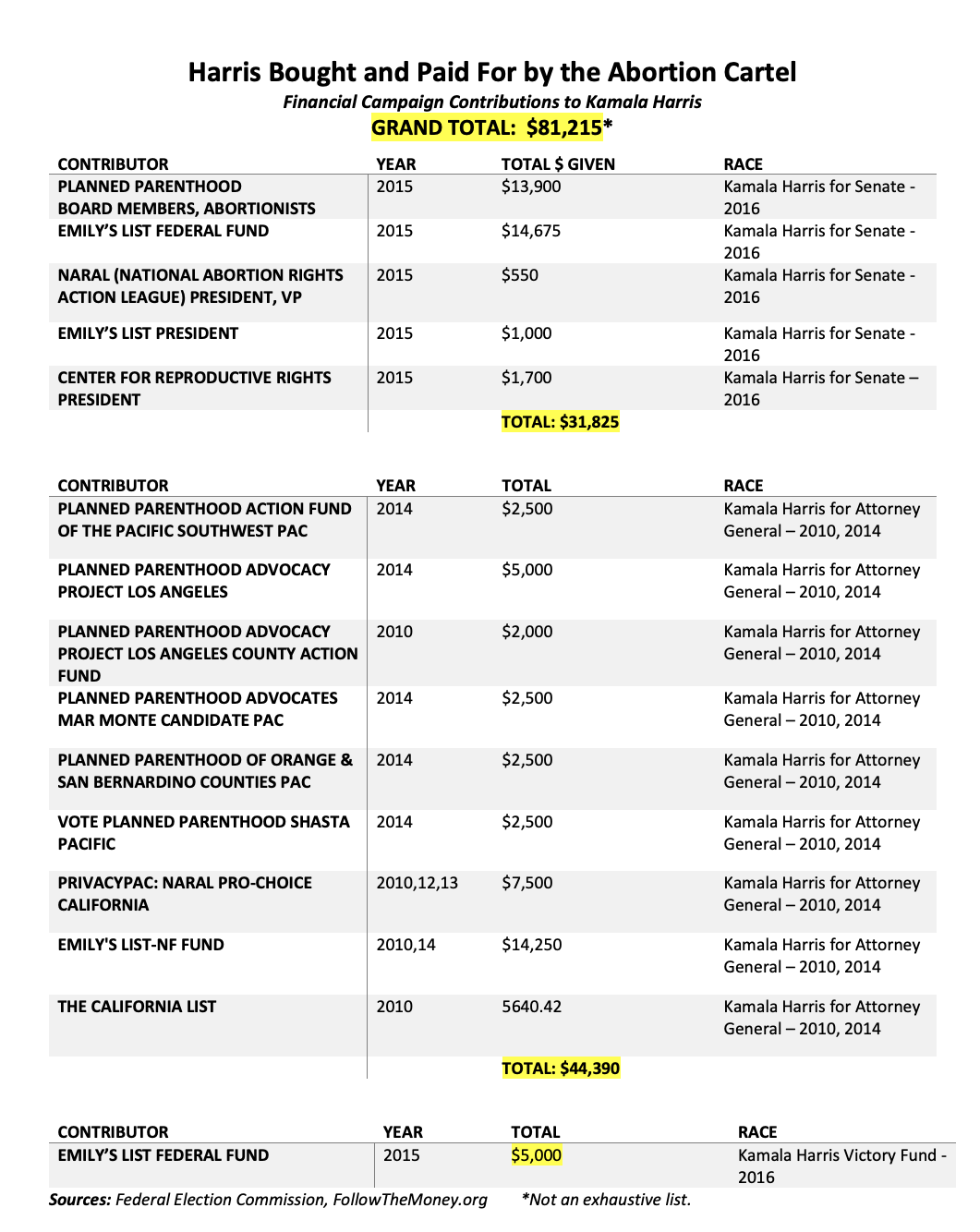