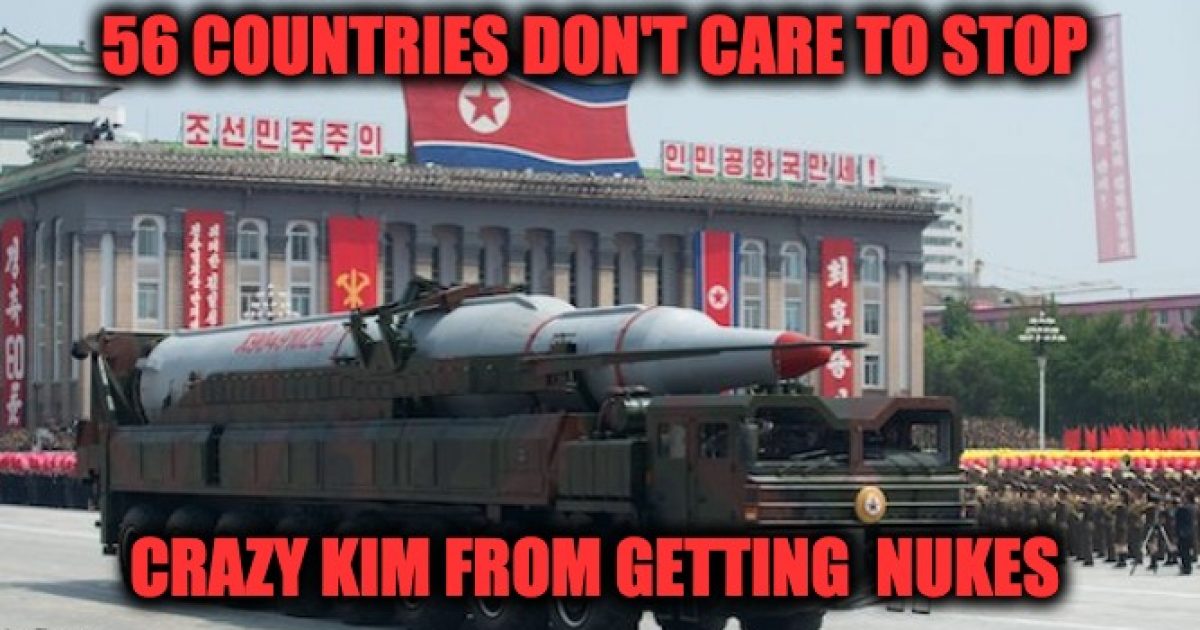 Based on the United Nations Security Council (UNSC) # 1874, the modestly named  United Nations Panel of Experts on North Korea must report which countries are adhering to the North Korean sanctions. As they were passed by the UNSC, those sanctions are required to be followed by international law. Fifty-six countries have violated the sanctions between Feb. 2018-Feb.2019. Many of those countries are considered allies of the United States.

Per the Institute for Science and International Security (ISIS), the 56 violating countries are:

Among the most hypocritical violators Russia and China, not because they are friends of the short tyrant with the ugly hairdo, but because they have vetos on all UNSC resolutions and could have prevented all of the sanctions from passing.

The report shows an increase in violators from 52 in 2017 and 49 from the one before.

Although the upward trend since the last reporting period should not be seen as a sign that sanctions are not working or that the United States’ “maximum pressure” campaign is failing, it does represent a source of concern and a call to action. It shows the need for better, sustained sanctions implementation worldwide. Because effective sanctions enforcement rests on national strategic trade control systems, this increase should also be understood in the context that, according to the Peddling Peril Index, over two-thirds of these 56 countries have grossly insufficient strategic trade control systems.

As compared to previous reports, the sanctions-violating cases in this report appear to be increasingly elaborate, involving more layers and entities. This development implies that North Korea has sought to adapt its sanctions-busting methods to a more challenging environment. In its endeavors, the DPRK continued to cooperate with or exploit countries with lax laws, weak business and financial practices, high levels of corruption, or poor enforcement. It also had sanctions-evasion assistance from Russia and China, as also documented in media reports

At the 75th Anniversary of D-Day ceremony at Normandy, didn’t the president of France say thank you to America? Is that how he says thank you? Now they violations doesn’t necessarily mean they sent weapons to the crazy country, or soldiers to train their military, but they did something to help Kim’s military.

The remaining 41 countries are on the violator list for non-military related sanctions violations. The non-military violations were grouped into four broad areas, non-military related business and financial cases; procurement-related cases where sanctioned goods and minerals were transshipped or exported to North Korea; import-related instances in which sanctioned goods and minerals were imported from North Korea; and shipping-related cases.

There is no that North Korea’s chubby little despot’s crayon box is missing a few colors. The goal of the sanctions is to stop the North Korean nut-job from having a nuclear arsenal and threatening the world with nuclear conflagration. Violations by Iran, China, Russia, and their closest allies aren’t surprising, but why are France, Mexico, New Zealand, India, Taiwan, and other “friends,” reducing the pressure on the Kim regime. Do they really believe a tyrant who is allowing his own people to starve, won’t use nuclear weapons to save his dictatorship? The only peaceful way to change his mind is economic pressure, but it seems they don’t care.

The chart below detailing the type of violations by country was created by ISIS: 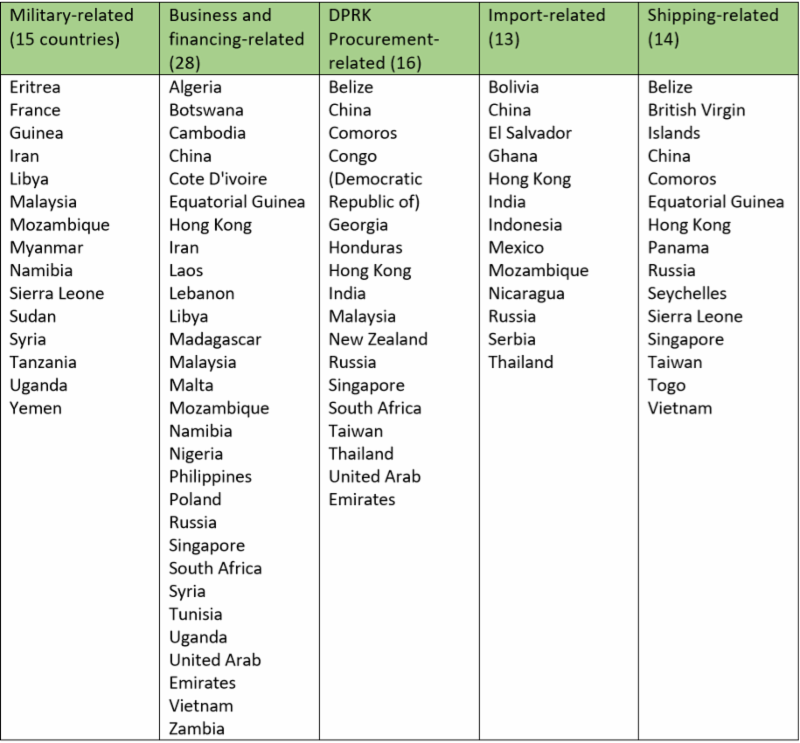