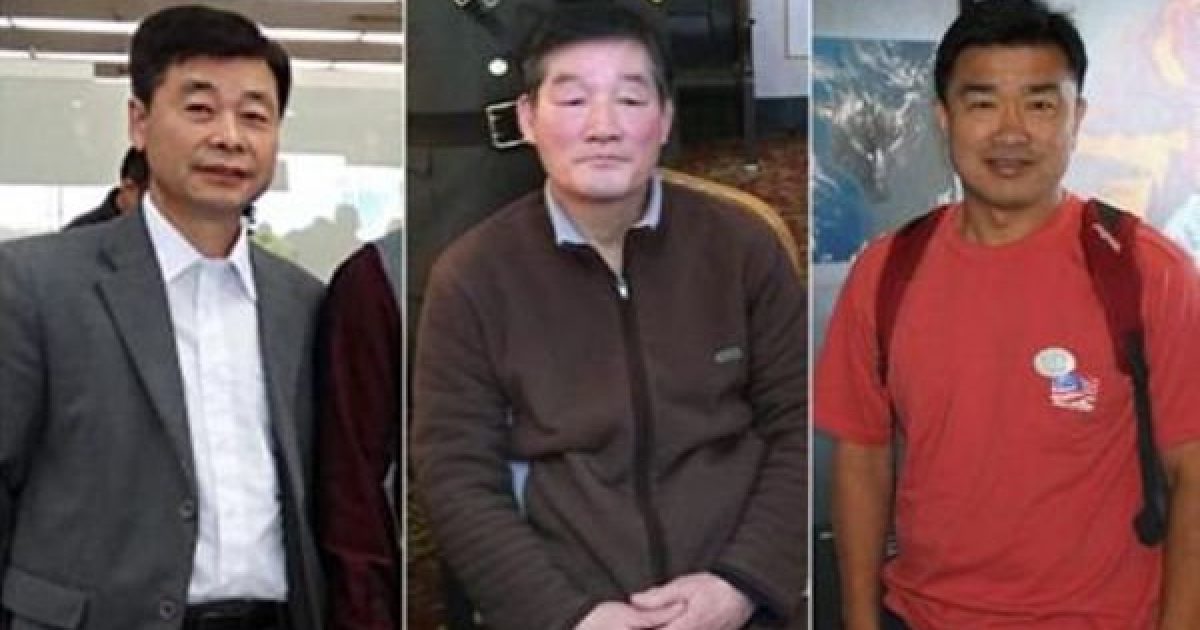 In a goodwill gesture, before the upcoming summit with President Trump, North Korea has released three Korean-Americans who were imprisoned  their “labor camps”

The three prisoners Kim Dong-cheol, Kim Sang-deok, and Kim Hak-seong were released from the North Korean gulags around the beginning of April and were transferred to a hotel near the North Korean capital of Pyongyang. According to reports, since their release, they have been undergoing medical treatment and “ideological education” [brain washing?]. But they are not totally free since they are still in North Korea and in the custody of  Rocket Boy

Among the three detainees, Kim Dong-cheol, a South Korean-born American pastor, was arrested by North Korea in 2015 on charges of spying and sentenced in 2016 to 10 years of hard labour. Kim Hak-seong and Kim Sang-deok, both working for Pyongyang University of Science and Technology, were detained last year on suspicion of “hostile acts”

Ironically on Sunday National Security Advisor Bolton told Fox News “If North Korea releases the detained Americans before the North-US summit, it will be an opportunity to demonstrate their authenticity.” I wonder if he already knew when he made that service.

Note to liberals: John Bolton has been National Security Advisor for about a month. Mike Pompeo has been running the State Dept. for a few days, and your warnings that the two will blow up the universe doesn’t seem to be happening….in fact the opposite is happening.

According to one of the country’s top activists, Choi Sung-ryong, the three Korean-American detainees will allegedly be allowed to head back to the U.S. after the long-anticipated summit.

“We heard it through our sources in North Korea late last month. We believe that Mr Trump can take them back on the day of the US-North Korea summit or he can send an envoy to take them back to the US before the summit,” Choi told the Financial Times .

If that is correct I would suggest that the POTUS send an envoy to pick them up ASAP!

There is one thing President Trump is wrong about. He said we’d get tired of all this winning. Sorry, Mr. President, I’m still enjoying the winning.