An Amazing New Poll Has Revealed That Non-White Americans Support Voter ID Requirements Even More Than Their Whites. 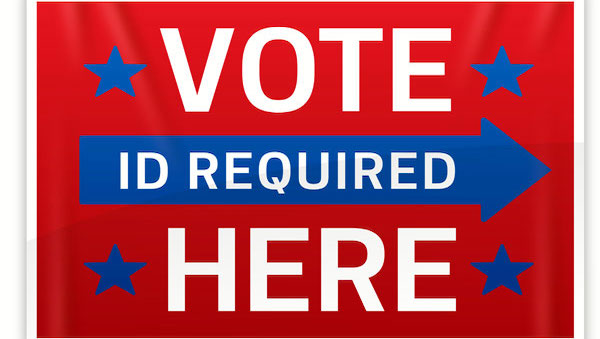 An amazing new poll has revealed that non-white Americans support voter ID requirements even more than their white counterparts despite the steady drumbeat among Democrat leaders that such laws are “racist.” Non-Whites Support Voter ID

Democrats such as Georgia loser Stacy Abrams have carved out a new career as an anti-voter ID law activist and is supported 100 percent by the sold-out, left-wing media. But it appears that the left’s attempt to racialize voter ID laws is not winning the day, at least so far, even among many minority voters.

A new Monmouth University poll released on Monday found that 77 percent of white voters and an even larger 84 percent of non-white voters think people should prove their identity to cast their ballot.

Broken down on party lines, the poll says that 91 percent of Republicans, 87 percent of independents support voter ID requirements. But it also found that 62 percent of Democrats support ID laws.

“It’s actually a healthy process,” the Examiner’s Byron York wrote. “What is happening is that some party leaders had gotten so carried away with fringe proposals, surfing on the support of activists and Twitter voices, that they lost touch with the opinions of their own voters. Now, with Manchin and the Monmouth poll, they are becoming reacquainted with their voters’ views. That’s a good thing.”

“The headline is that 80 percent of those surveyed — a huge majority — favored photo ID. Just 18 percent said they opposed. That left just two percent who didn’t know, which means that voter ID is an issue about which most Americans have a considered opinion,” York added.

If this poll doesn’t prove that Democrat politicians do not work to advance what the people want, but only what their extreme activists want, then nothing else will.

The Monmouth poll was conducted by telephone from June 9 to June 14, 2021, with 810 adults in the United States. The question results had a margin of error of +/- 3.5 percentage points.