Fasten Your Seatbelts–The 2020 Election Is Going To Get Weirder 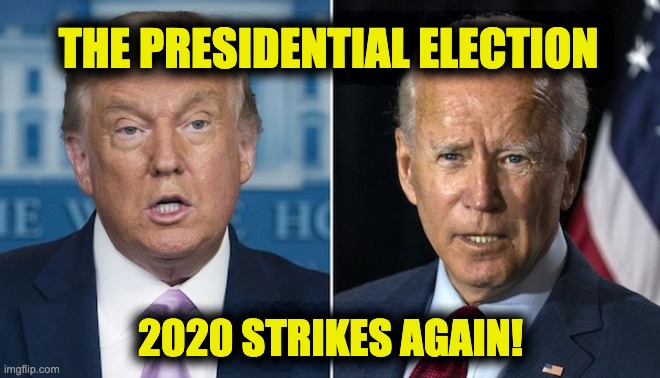 To paraphrase what  Bette Davis famously said in the movie, All About Eve, Fasten your seatbelts. It’s going to be a bumpy few weeks. There is no winner the day after the election, and there won’t be a winner for a few days or weeks. It seems as if the curse of the year 2020 continues. 2020 election still no winner

A map of where things stand on Wednesday is below.

The Biden landslide predicted by pollsters and pushed by the MSM never happened. Texas is still red. Six states will determine the outcome, Nevada, Wisconsin, Michigan, Georgia, North Carolina, and Pennsylvania. The Senate will remain Republican, and the House stays with the Democrats. Every poll in recent weeks said Susan Collins would lose. On Wednesday morning, her opponent conceded. Put it all together, the biggest losers in the 2020 election are the pollsters and the MSM.

To remain, President Donald Trump has to win Georgia and North Carolina. He leads in both states. He also has to win Pennsylvania, where he has a big lead, but the remaining votes to be tallied are the mail-in and early votes. As of now,  those remaining votes are trending 3-1 for Biden. Hopefully, the President’s lead is big enough to maintain. Even if Trump wins Penn, GA, and NC, he has to win either Nevada, Wisconsin, or Michigan to remain POTUS.

Those results may take a while; Georgia says there will be no more counting until Thursday. Pennsylvania accepts mail-in ballots postmarked by Election Day and received by Friday, three days after the election.

The general election is now a legal battle. President Trump has declared he will go to the Supreme Court to ensure that all ballots are counted, but the voting stops. The Biden side says that they won, and they were going to defend their victory in court. However, there is no guarantee the SCOTUS will accept a case. We’ve learned from Chief Justice Roberts that he tends to be a coward who doesn’t want the court to rock the boat.

That’s not the weirdest court election story. Judge Emmet Sullivan, who has decided that he is the DOJ, keeping alive the inquisition against General Flynn even though the DOJ wants to drop the case, now thinks he is the postmaster general.   The judge made the strange move of appointing someone to argue against the DOJ’s desire to drop the Flynn case, issued a strange order against the Postal Service.  Heritage.org explains it much better than I can.

On the bright side, the Senate will stay in Republican hands. If (God-Forbid) things stay the way they are now and Biden becomes President, the Senate can act as a block to the court-packing and adding DC and Puerto Rico as states, all designed to turn America into a single-party socialist country.

An interesting possibility was brought up by my good friend Ed Morrissey. He suggested that if we end up with Biden winning and the GOP controlling the Senate, there is a way for the Majority leader to become more powerful.

‘Mitch McConnell becomes the biggest Republican power broker in Washington for at least the next two years.

In the lame-duck session and in 2021, assuming we ever get there. If McConnell wants to re-set the course for the Senate, he has a move to put on the table — restore the filibuster to presidential appointments.

I recommend you give it a read. You will enjoy the way Ed lays out the idea, and well..who knows it is 2020.

Election day 2020 is just one more example proving the year 2020 is lousy and weird. Folks, fasten your seatbelts. It’s going to get worse and weirder…and more so.