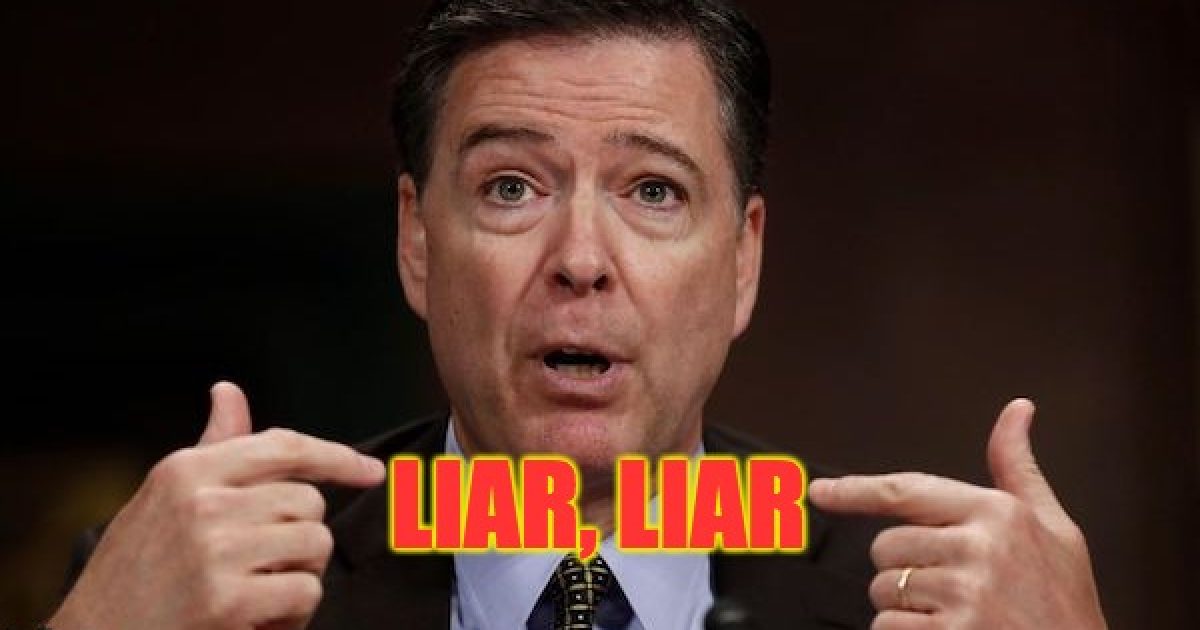 The New York Times and CNN seem to love a new book written by fired FBI Director James Comey, but Gregg Jarrett, a legal and political analyst for Fox News, isn’t impressed.  After reading the tome, he slammed it as having “no demonstrable truth,” calling it “fiction” and “fantasy.”

“I obtained a copy of Comey’s book,” he said. “I’m halfway through, but so far there is nothing resembling the truth. I’ll keep searching for something other than self-adoration and puffery. So far, there is no demonstrable truth. Which puts a lie to the title of the book.”

I obtained a copy of Comey’s book. I’m half way through, but so far there is nothing resembling the truth. I’ll keep searching for something other than self-adoration and puffery. So far, there is no demonstrable truth. Which puts a lie to the title of the book.

After he finished reading the book, titled “A Higher Loyalty: Truth, Lies, and Leadership,” he added, “I’ve finished reading Comey’ book It’s an easy and superficial read. I saw nothing that was true. I can only conclude that Comey’s version of events is fantasy. It is fiction. Things will end badly for Comey. He stole government documents.”

I’ve finished reading Comey’ book. It’s an easy and superficial read. I saw nothing that was true. I can only conclude that Comey’s version of events is fantasy. It is fiction. Things will end badly for Comey. He stole government documents.

One person responded to Jarrett and compared the book to a Harlequin romance novel:

Mr. Jarrett, I only read page 179 and couldn’t believe someone who ran a premier LE Agency could write like a harlequin romance novelist. Lingering on Apple choices and Putin smiling were just a bit too much to bear for one who doesn’t read fiction at all anymore.

50 shades of Comey is what the book should really be called just by judging from that one page (if true). I really can’t believe it’s true. I need more confirmation!! LOL

Fifty shades of Comey? Ouch, that had to hurt.

One person told Jarrett there’s no one in Washington with the cojones to prosecute Comey:

Yawn,Things won’t end badly for him, there’s nobody with balls in D.C. to prosecute him.

Comey’s book, Politico said, isn’t set to hit newsstands until Tuesday, but “numerous publications had obtained either sneak peeks or full copies of the book by Thursday evening.”

Comey sat down for five hours with ABC News’ George Stephanopoulos this week for an exclusive interview, an edited version of which is set to air Sunday night, the first in a series of prominent appearances poised to dominate news cycles. Other stops on Comey’s jam-packed April tour include a “Late Show” appearance on Tuesday, a sit-down with the co-hosts of “The View” on Wednesday and a CNN town hall on April 25.

Stephanopoulos will probably be most favorable to Comey, after all, he has been known to accept questions from team Hillary Clinton when interviewing authors. For example:

On April 26, 2015, Peter Schweizer appeared ABC’s This Week as part of the promotional tour for his newly released book, “Clinton Cash” which explains the Uranium One deal and similar pay-for-play state department programs that helped to enrich the Clinton family.

From the very beginning of the interview, George Stephanopoulos (who worked in the administration of Bill Clinton) attacked Schweizer, not on the merits of his research but in an attempt to damage Schweizer’s credibility. Many thought that Stephanopoulos’ was simply protecting Clinton because of their long-term relationship. But the WikiLeaks dump of Podesta emails revealed team Clinton bragging about their work providing the ABC anchor with information to help Stephanopoulos trash Schweizer. As the purpose of Comey’s book is to trash Pres. Trump, team Clinton may have been involved in prepping Stephanopoulos again.

Calling the book, “absorbing,” [so are Bounty towels] the New York Times said:

In his absorbing new book, “A Higher Loyalty,” the former F.B.I. director James B. Comey calls the Trump presidency a “forest fire” that is doing serious damage to the country’s norms and traditions.

“This president is unethical, and untethered to truth and institutional values,” Comey writes. “His leadership is transactional, ego driven and about personal loyalty.”

Decades before he led the F.B.I.’s investigation into whether members of Trump’s campaign colluded with Russia to influence the 2016 election, Comey was a career prosecutor who helped dismantle the Gambino crime family; and he doesn’t hesitate in these pages to draw a direct analogy between the Mafia bosses he helped pack off to prison years ago and the current occupant of the Oval Office.

Politico said that in addition to comparing Trump to Mafia bosses, the 6-foot-8-inch Comey made light of Trump’s complexion and stature, saying the 6-foot-3-inch Trump “appeared shorter than he seemed on a debate stage,” and also complained about the length of the presidential necktie.

Jarrett, by the way, says he has a book of his own set to be available soon: “The Russia Hoax: The Illicit Scheme to Clear Hillary Clinton and Frame Donald Trump.”

I’ve written a book, soon to be published: “The Russia Hoax: The Illicit Scheme to Clear Hillary Clinton and Frame Donald Trump.” You can check out the details on Amazon. -Gregg