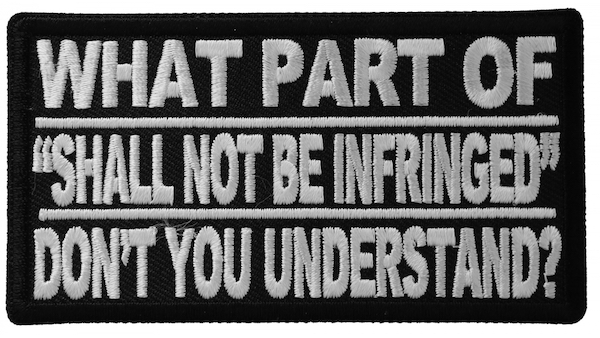 In the last several years, the trend toward 2nd Amendment Sanctuary cities and counties has grown across the nation. Those were all resolutions. But Newton County, Missouri actually passed a law – with teeth that criminalize federal enforcement of any unconstitutional gun laws. The Law gives the sheriff’s department “full authority to make an arrest of any and all federal agents that violate state laws and enforce regulations” that violate the Second Amendment.

Courts and law enforcement agencies have a duty to protect law-abiding citizen’s rights, and no public officer or county employee can have authority to enforce any federal laws infringing on 2a.

Federal agents trying to enforce the above shall be subject to arrest by the Sheriff’s department.

The law gives the Newton County Sheriff’s Department the authority to arrest federal agents. Whether that will fly through a federal court challenge is debatable. But this law does have the kind of “teeth” that mere resolutions do not have and is effective immediately.

The Missouri Constitution is relatively clear on the right to keep and bear arms and demands that the state of Missouri protects against 2A infringement:

That the right of every citizen to keep and bear arms, ammunition, and accessories typical to the normal function of such arms, in defense of his home, person, family and property, or when lawfully summoned in aid of the civil power, shall not be questioned. The rights guaranteed by this section shall be unalienable. Any restriction on these rights shall be subject to strict scrutiny and the state of Missouri shall be obligated to uphold these rights and shall under no circumstances decline to protect against their infringement.

Of course, their Constitution was amended in 2014 to include this language:

Nothing in this section shall be construed to prevent the general assembly from enacting general laws which limit the rights of convicted violent felons or those adjudicated by a court to be a danger to self or others as result of a mental disorder or mental infirmity.

Whether or not other 2A Sanctuary areas will adopt the Newton County model is unknown. But theirs is the toughest language by any County so far.