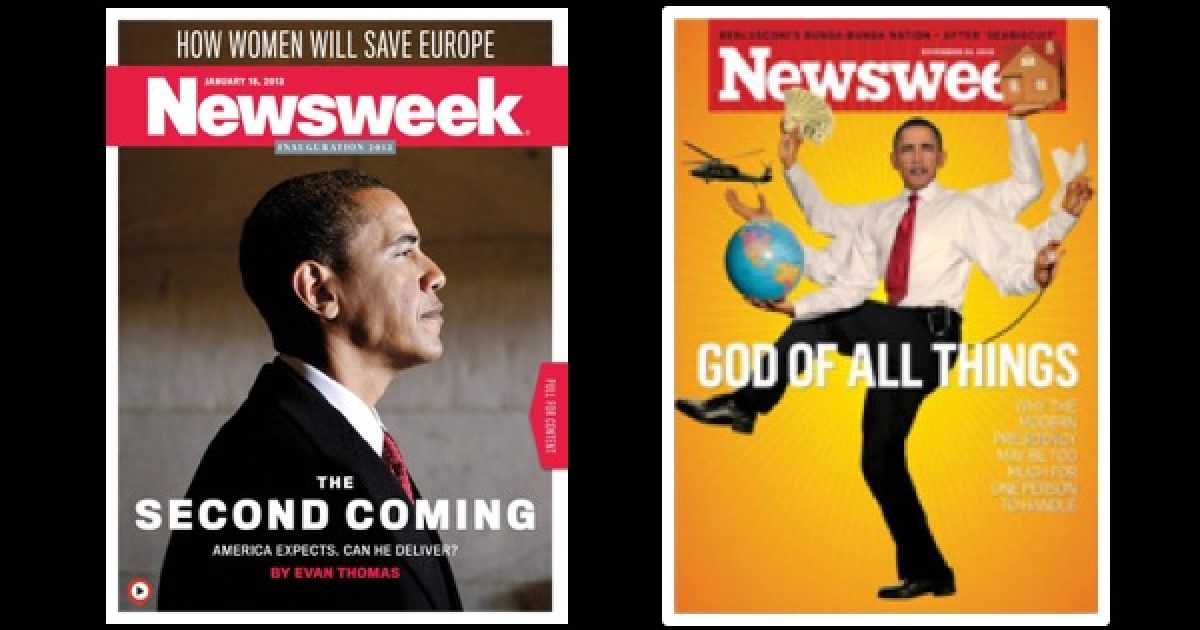 Trump has been on a roll this week, having already used the “L” word in relation to American Jews when he suggested that those who vote for Democrats are disloyal to Jewish interests.  He took a lot of grief for that.  LU contributor Jeff Dunetz, however, defended Trump’s real point: that it’s counterproductive for Jews to vote for Democrats today, given the party’s decreasing support for things like Israeli security, national sovereignty in general, and their increasing levels of Antisemitism.  Joel B. Pollak pointed out at Breitbart that Trump was merely saying to liberal Jews what liberal Jews have been telling their Republican-voting counterparts for years.

But as frequently happens, Trump’s terminology and phrasing were, shall we say, Not What J.E. Would Do.  (On the other hand, J.E. doesn’t remember the last time she got her panties in a wad about something Trump said.  It never turns out the way the knee-jerk-shriek chorus thinks it will, but they never seem to learn that we don’t live in their knee-jerk world anymore.)

Tweeting quotes from long-time fringe activist Wayne Allyn Root also qualifies as NWJWD.  For whatever reason, Trump did it anyway on Wednesday morning.

…..all Jews, Blacks, Gays, everyone. And importantly, he’s good for everyone in America who wants a job.” Wow! @newsmax @foxandfriends @OANN

Trump promoting himself as the ‘second coming of God’ is another sign of his lack of basic mental capacity: Yale psychiatrist https://t.co/Tzksoggp7Y pic.twitter.com/4GE78tx96s

Donald Trump has exposed himself to accusations of a messiah complex after self-referencing as "the King of Israel", "the second coming of God" and "the chosen one" in the space of a few hours https://t.co/PgJTWwDIGe

Trolling the press corps, Trump then referred to himself as “the Chosen One,” in an exchange about trade-warring with China during his impromptu presser on the way to Marine One.  So if you were looking for reasons to calm down about Trump using language with a “Messiah complex” tone to it, you were out of luck.

Here's the clip. Speaking about his trade war with China, Trump looks to the heavens and says, "I am the Chosen One." pic.twitter.com/mKWA9g7wzQ

Careless pundits got busy misquoting Trump all day, turning “King of Israel” (the actual quote from Mr. Root) into “King of the Jews.”  “King of the Jews” was the taunt used by the Romans as they carried out Jesus’s crucifixion, whereas “King of Israel” would be, say, David or Solomon, from the Judaic kingdom nearly 1,000 years earlier.  Either way, Trump’s behavior was so far beyond inexcusable, they’ve never even heard of Zipcodes there.

There may or may not be value in having a chat about American culture and the use of Biblical allusions.  Millions of Americans are not freaked out by Biblical allusions.  Merely using them is neither crazy nor unthinkable; it’s how they’re used that may sometimes be annoying, misguided, over-the-top, etc.

These millions of Americans take the allusions in differing spirits; some people might be offended, others unworried.  Christians aren’t nearly as apt to charge “Blasphemy!” as non-Christians may think.  Allusions and comparisons come with the territory of toweringly iconic figures like Jesus.  Modern Christians are generally comfortable with the understanding that the world will say what it’s going to say, but that doesn’t change who Jesus is.

As usual, however, Trump’s severest critics were righteously appalled on Christians’ behalf.  Imagine the horror: comparing Trump, with in-your-face allusions, to Jesus Christ!

So it’s interesting to recall the cover of Newsweek from the week of Obama’s second inauguration in January 2013.

Granted, Newsweek has become the American Pravda in recent years.  But that hadn’t quite happened yet in 2013.  This wasn’t Wayne Allyn Root, self-published guy.  This was mainstream media’s Newsweek, decorating a feature article by Evan Thomas. 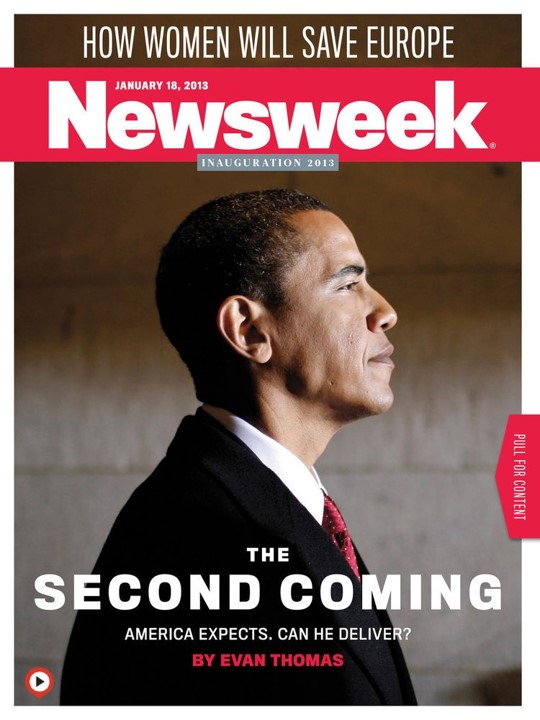 Granted, again, Evan Thomas was the one who referred to Obama as “sort of God” in 2009.

The Second Coming Cover was the second Obama-as-God picture gracing Newsweek. The first was in November 2010: 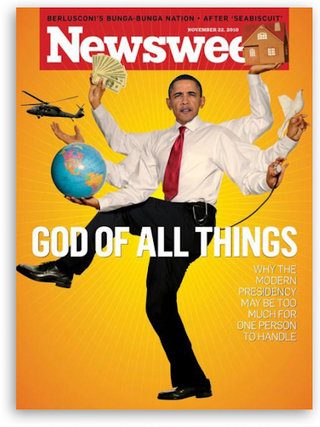 And beating them to the punch, in May 2010 competitor Time Magazine asked if Obama was “God The Father Or God The Son.” 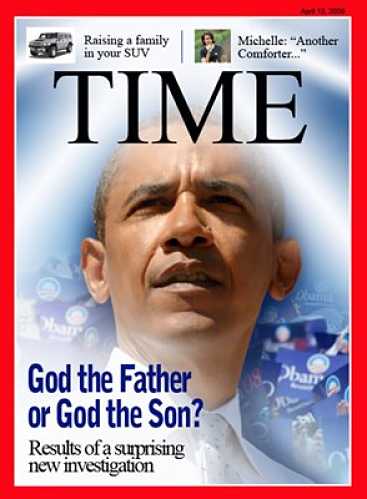 In May 2013, the National Catholic Register put together a shortlist of Obama-as-God allusions from his supporters.  We also remember fondly when MSNBC compared the countdown to the implementation of Obamacare with the first coming of Jesus Christ, and when Chris Matthews referred to Obama metaphorically as “the messiah” during the 2012 primary season.

It does make it somewhat harder for the reasonable observer to get a really good lather going about Trump.  Obama had Newsweek to provide gack-making coverage. Trump has Wayne Allyn Root.  Which source is the one we’re “supposed” to expect more tempered, journalistic neutrality from?