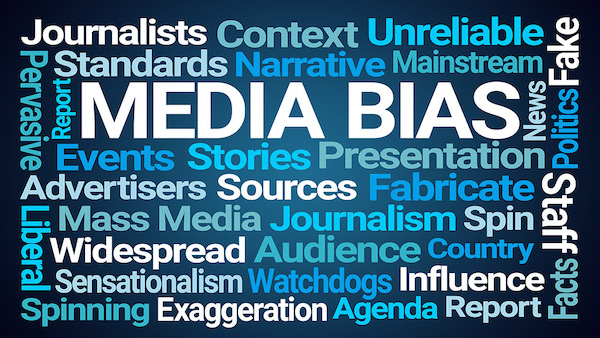 Sixty-three percent of likely voters “believe most major news organizations in this country have their own political agenda,” according to a new Rasmussen survey released Friday, and 58 percent say Americans “hunger for news that is accurate, opinions that are vital and debate that is sincere.” News organizations are biased.

Rasmussen’s poll results come in the wake of the highly-publicized resignation of New York Times opinion page editor Bari Weiss. In her open letter of resignation to Times publisher A. G. Sulzberger, Weiss had some blistering remarks about her treatment in the newsroom.

“But the lessons that ought to have followed the (2016) election—lessons about the importance of understanding other Americans, the necessity of resisting tribalism, and the centrality of the free exchange of ideas to a democratic society—have not been learned,” she wrote. “Instead, a new consensus has emerged in the press, but perhaps especially at this paper: that truth isn’t a process of collective discovery, but an orthodoxy already known to an enlightened few whose job is to inform everyone else.”

And she added this for good measure: “My own forays into Wrongthink have made me the subject of constant bullying by colleagues who disagree with my views. They have called me a Nazi and a racist; I have learned to brush off comments about how I’m “writing about the Jews again.” Several colleagues perceived to be friendly with me were badgered by coworkers.”

There was more, but it underscores the Rasmussen survey results, which suggest a strong liberal bias in the “mainstream” establishment press.

According to Rasmussen, “Democrats (42%)…are far less likely than Republicans (87%) and voters not affiliated with either major party (63%) to believe most news organizations are politically biased.” That would be understandable since people who agree with what they are reading are more likely to believe it is fair than those who read something and disagree with its content. The poll found that only 27 percent of likely voters “feel these news organizations generally remain impartial.”

An earlier Rasmussen survey, published June 18, found “just 30% of Likely U.S. Voters trust the political news they are getting. Most (53%) do not.” That survey noted, “Just 10% of voters think most reporters are trying to help Trump pass his agenda when they write or talk about the president. Forty-four percent (44%) believe instead that most are trying to block Trump’s agenda, although that’s down from a high of 51% in August of last year.”

Perhaps the frosting on this cake comes from Weiss, who observed in her resignation letter,

“The paper of record is, more and more, the record of those living in a distant galaxy, one whose concerns are profoundly removed from the lives of most people. This is a galaxy in which, to choose just a few recent examples, the Soviet space program is lauded for its “diversity”; the doxxing of teenagers in the name of justice is condoned, and the worst caste systems in human history include the United States alongside Nazi Germany.”

Even if only half-true, this is a scathing indictment of a newsroom that reeks of bias toward the rhetoric of the far left.

Weiss showed guts in going public. If the establishment press is truly biased as she suggests and the Rasmussen survey indicates is the prevailing public perception, her career as a journalist could be toast, and the country is in trouble just a few months before the national election, the outcome of which the press will energetically attempt to influence.

The Washington Post declares, “Democracy dies in darkness” as its slogan. Weiss and Rasmussen are telling the nation that the press is already turning off the lights.