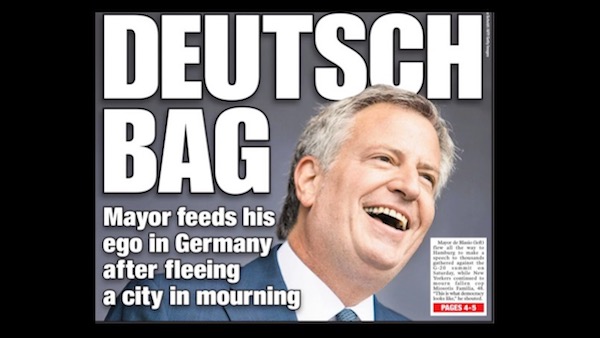 Hundreds of grieving cops, family, and neighbors held a candle light vigil at the 46th precinct in the Bronx Saturday night in memory of assassinated wife, mother of three and NYPD Officer, Miosotis Familia. Familia was ambushed and shot the head as she sat in a police vehicle early Wednesday by a cop-hating felon, Alexander Bonds, who was shot dead by officers who responded to the scene. One person not at the vigil was Officer Familia’s ultimate boss, NYC Mayor Bill DeBlasio. 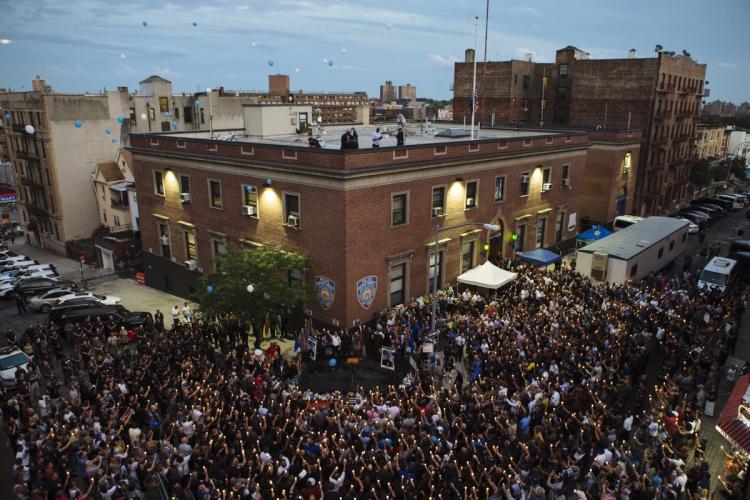 Where DeBlasio Should Have Been Saturday Night

Instead of being in the city when he was needed, NYC’s socialist Mayor Bill DeBlasio decided to take an all-expenses paid junked to Hamburg, so he can make two speeches to the anti-capitalism demonstrations at the G-20 summit rather than attend the vigil. According to the Mayor’s spokesman, DeBlasio made the decision to go to Germany on Thursday afternoon the day after Officer Miosotis was killed, while NY City was still very shaken about the news of the murder.

But doing his regular radio show DeBlasio admitted that his spokesman was lying, saying he received the invite two weeks ago. “The announcement of the trip was going to be a few days earlier … then we had the horrible shooting … and it was important to focus on that.”

DeBlasio has not been supportive of NY’s Bravest during his term as mayor which lead police officers to turn their backs on the mayor as he spoke at officers’ funerals in Dec. 2014 and Jan. 2015. 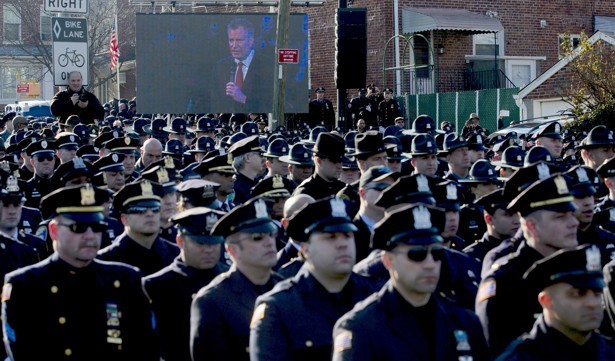 “It’s disgusting. It’s terrible,” said Tony, of Bay Ridge, Brooklyn. “He’s not doing his job. He should be in New York City.”

“I think it’s ridiculous,” added one woman. “Why is he there? He should be in the city.”

“The mayor belongs in his own city taking care of cops getting killed,” said James DeTommaso, also of Bay Ridge.

“I think he should be here. He’s the mayor of New York City,” one man said.

“He should have stayed here and really protected the people of New York,” a woman added.

“If he’s the mayor of the city, he should take care of the city,” another man said. “If he’s not supporting us, we can’t support him.”

But it was the NY Post who said it best, below is their Sunday edition front cover featuring the perfect headline for a mayor who went to Germany instead of staying home to honor a dead cop. 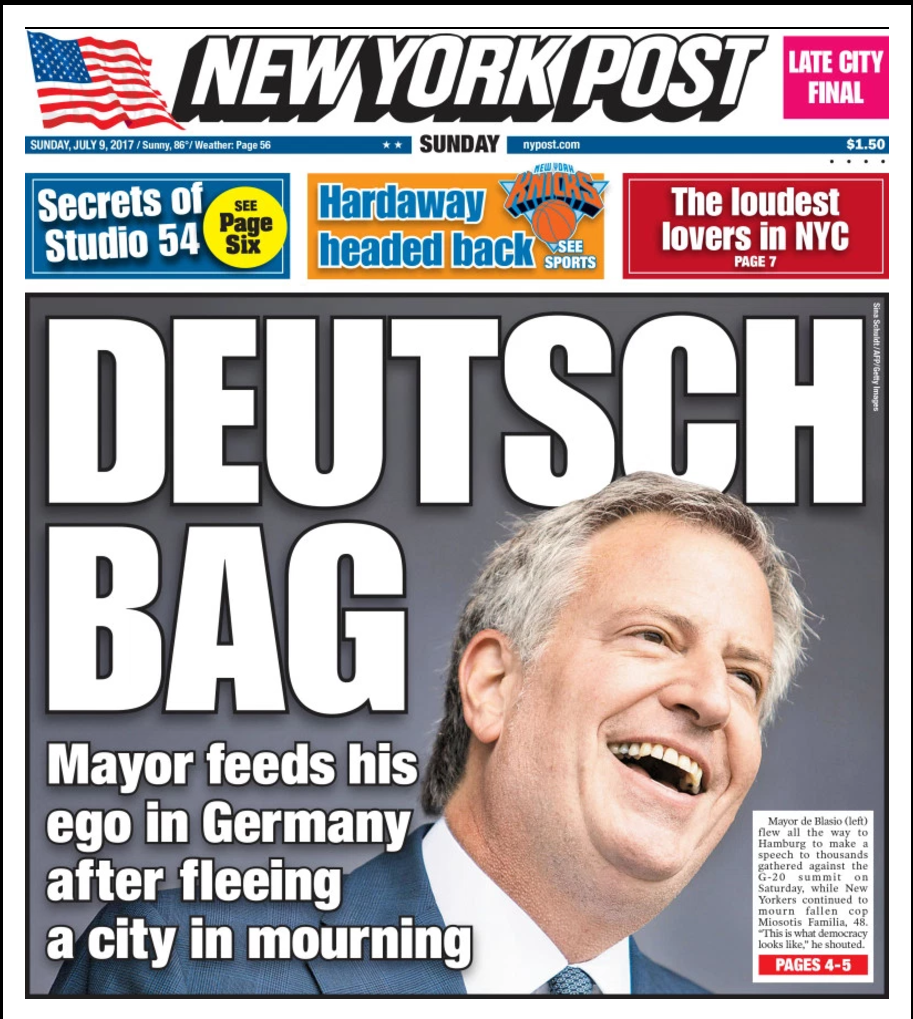