New York Bill A416 – Allows Gov. To Detain People Suspected of Being Danger To ‘Public Health’ 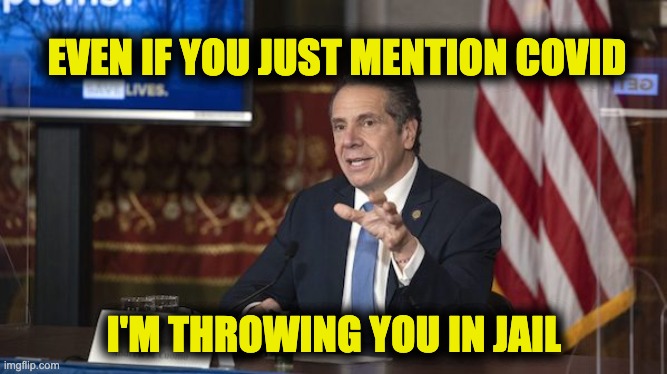 The Democratic Party controlled New York State government is always looking for new ways to take away the rights of the state’s residents. Their search to remove our rights has led to bill A416 introduced by assemblyman Nick Perry (D). A416 will be taken up by the assembly health committee on January 6. It seeks to amend the New York health law so that if someone or a group of someones comes down with a communicable disease, the state can remove them and place them in a detention facility for being potentially dangerous to others.  You don’t have to have the disease. It applies to people suspected of having the disease, suspected of being a carrier of the disease, or someone who has been exposed to the illness. I know this sounds like a crazy conspiracy theory but sadly it’s not a theory it’s true. New York bill A416

The proposal by the Brooklyn assemblyman Perry seeks to “amend the public health law concerning the removal of cases, contacts, and carriers of communicable diseases who are potentially dangerous to the public health.”

Upon determining by clear and convincing evidence that the health of others is or may be endangered by a case, contact or carrier, or suspected case, contact or carrier of a contagious disease that, in the opinion of the governor… may pose an imminent and significant threat to the public health resulting in severe morbidity or high mortality, the governor or his or her delegee…may order the removal and/or detention of such a person or of a group of such persons by issuing a single order, identifying such persons either by name or by a reasonably specific description of the individuals or group being detained.”

The bill doesn’t specify where they will be detained, how long they will be detained, or how they get released. It is all up to Andrew Cuomo’s discretion–or whoever takes over from when he’s no longer governor. The person would be “detained in a medical facility or other appropriate facility or premises designated by the governor.” It sounds like Mr. Perry wants to give Cuomo permission to kill more old people.

Emperor wannabe Andrew Cuomo may very well call anyone who disagrees with his political views a health risk just so he can toss them in the pokey.

Has anyone in the NY State assembly who supports this bill ever heard of the Bill of Rights?  I doubt highly many of the supporters have read it as the NYS assembly is dominated by far-left radicals as is the governor’s mansion.