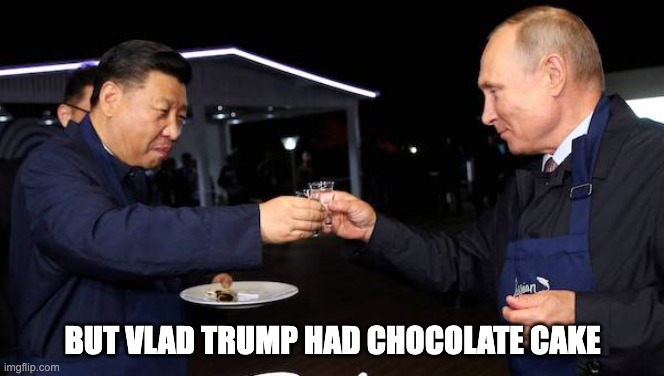 Xi Jinping and Vladimir Putin are set to meet in Samarkand, Uzbekistan, on Thursday and Friday. According to a CCP official, they hope to create a New World Order that works better than the current one. That means one that deletes the influence of the United States.

“The Chinese side is willing to work with the Russian side to continuously implement high-level strategic cooperation between the two countries, safeguard common interests and promote the development of the international order in a more just and reasonable direction.” Yang Jiechi, the director of the Office of the Foreign Affairs Commission of the Communist Party of China (CCP) Central Committee (American Military News)

The problem is that their definitions of “a more just and reasonable direction” are nothing like ours.

What is their “new world order?”

“Beijing and Moscow argue that the current world order is characterised by an American attempt to impose Western ideas about democracy and human rights on other countries, if necessary through military intervention. The new world order that Russia and China are demanding would instead be based on distinct spheres of influence. The US would accept Russian and Chinese domination of their neighbourhoods and would abandon its support for democracy or the colour revolutions that might threaten the Putin or Xi regimes.” Financial times (note: this was written by Gideon Rachman, a liberal).

If the US gets a decent President in the next couple of years, the US would not likely “accept Russian and Chinese domination.” China and Russia’s human rights violations would likely halt that narrative, at least in many circumstances. The current compromiser in office would likely allow China to do anything they want him to do. However, a  more decisive president may take another path.

China has established “outposts” in the Indo-Pacific region that have raised serious concerns in the West (the Solomon Islands is a case in point). Their intent is to “reunite” Taiwan with the mainland. They have created military outposts in the South China Sea on the Spratly Islands against the rulings of International legal entities. The U has continued to navigate the international waters through the region to keep them at bay (which China hates). Russia has formed relationships with countries in Latin and South America, as has China. So what’s our ‘neighborhood?’  They seem to be in ours often.

While outright attacking the United States is unlikely in the current status of politics and nuclear weaponry, demanding that we abandon support for “democracy” is also unlikely, depending on who is at the helm of America. The fact that no nation did anything to stop the egregious loss of Hong Kong freedoms shows that, to some extent, the Chinese-Russian “new world order” has already begun.

The outcome of today’s meeting between Xi and Putin will be interesting, to say the least.