This could very well be a game-changer. 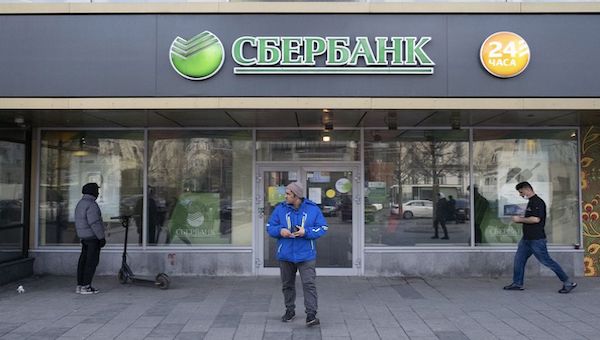 The longer Russia continues its unforgivable actions in Ukraine, the longer the US and others will continue to dole out sanctions against them.

This is essentially why the most impactful sanctions against Russia have been doled out piecemeal:  To maintain pressure on the Kremlin instead of shoving them over the edge into starvation and ruin right away.

But, as this horrid genocide drags on, the west will get tougher, and this week proved that.

The White House announced Sunday that the United States will bar Russian companies and citizens from using U.S. accounting, marketing, and consulting services as part of a new package of sanctions designed to further punish Moscow for its war in Ukraine.

And the package includes new visa restrictions on 2,600 Russian and Belarusian officials as well as sanctions on Russian bank executives, among them 27 Gazprombank executives.

And there’s more where that came from:

“Today’s actions are a continuation of the systematic and methodical removal of Russia from the global financial and economic system,” a senior Biden administration official said on a call with reporters previewing the actions. “The message is there will be no safe haven for the Russian economy if [Russian President Vladimir] Putin’s invasion continues.”

President Biden held a call with other Group of Seven (G-7) leaders and Ukrainian President Volodymyr Zelensky on Sunday during which the new measures were likely to be a topic of discussion.

The G-7 leaders on Sunday are committing “to phasing out or banning the import of Russian oil,” according to the White House fact sheet, which did not include a timeline on that commitment. The U.S. has already banned imports of Russian oil and natural gas, but European nations are far more reliant on Russian energy exports.

The news comes on the eve of Russia’s annual “Victory Day” celebration and could be a bit of a damper on the festivities.