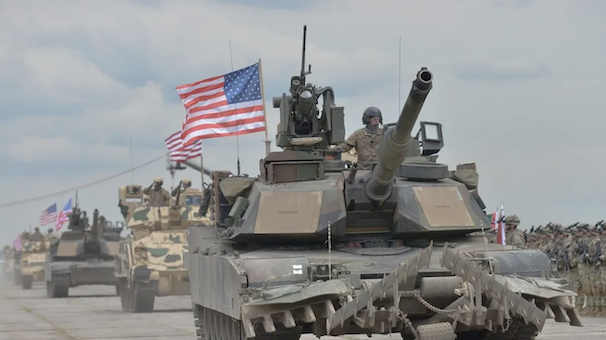 The new NDAA (National Defense Authorization Act) passed Congress on Wednesday with a bipartisan vote and is headed to Biden’s desk. There are a few changes for the military within the bill, but it appears that all $768.2 Billion remains intact. The bill passed with a vote of 88-11.

This year’s new NDAA contains language that refers to an action by South Dakota Governor Kristi Noem, who accepted a $1 million donation from a Tennessee millionaire so that the SD National Guard could deploy to the border last year. The language in this years’ NDAA prohibits private donations except in certain circumstances. Lawmakers were concerned that private donations for deployments would make it seem like a person’s own personal army. Governor Noem defended the move by saying it saved the state money.

The $768.2 billion defense bill that cleared Congress on a bipartisan vote Wednesday contains a section that prohibits National Guard units from being ordered to cross state borders if their deployment is funded privately unless it is for a natural disaster as designated by the Federal Emergency Management Agency.

Noem’s decision was met with intense scrutiny. Military experts raised concerns that the practice could allow wealthy patrons to effectively turn National Guard troops into soldiers-for-hire for their own political agendas. The Republican governor defended it as a way to save taxpayer money while acting on an issue that was vital to national — and state — security.

Those troops have since returned.

The new NDAA originally contained a clause requiring women to register for the draft, but the provision was stripped from the bill before passage. (The Hill)

The NDAA approved by Congress creates prosecutor positions the bill is calling “special trial counsel” to handle cases of sexual assault and related crimes, as well as murder, manslaughter and kidnapping — taking those cases away from military commanders for the first time. The bill also would make sexual harassment its own offense under the Uniform Code of Military Justice.

Lawmakers like Kristin Gillibrand have pushed for special prosecutors to handle nearly ALL major crimes. The new NDAA still allows Commanders convening authority, which some experts suggest causes undue influence over the proceedings concerning survivors of sexual cases. The new bill addresses some of the needs for change, but many others say it doesn’t go far enough. A stand-alone bill was proposed by Gillibrand, who has pushed for it for nearly a decade.

The New NDAA also lays the groundwork for a Global War On Terror (GWOT) Monument at the National Mall. The particular issue has been hanging up without action because of a “lack of effective space” in the area. The bill gives three potential sites for the new memorial.

Other things in the bill are a 2.7% pay raise for military members, $75.4 Million for the operation of the Armed Forces Retirement Home, $5.7 Billion for the B-21 bomber program to be hosted at Ellsworth AFB, and other critical military needs.