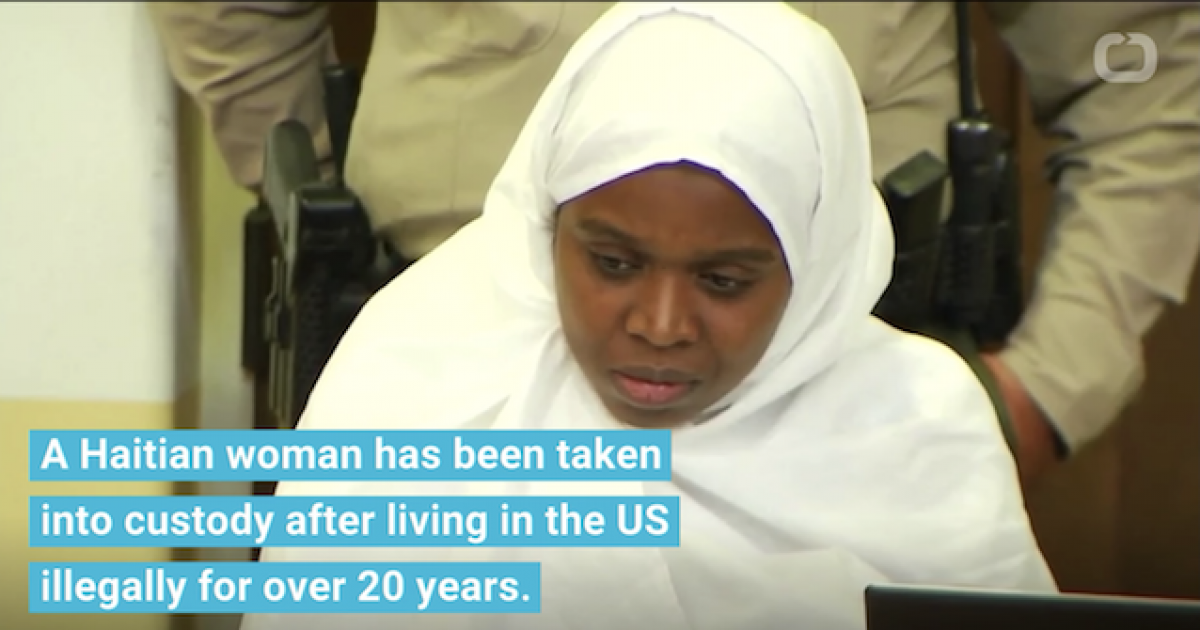 One of the suspects arrested at a suspected Muslim “extremist” compound in New Mexico is a longtime illegal immigrant from Haiti who overstayed a visitor visa for more than 20 years, immigration authorities said on Wednesday….and she was a dreamer also.

What kind of deranged liberal is this judge? A religious extremist training children to commit school shootings, a dead child’s body, and an illegal alien. But set free on a $20,000 bond. Seriously? Makes one wonder what Judge Backus is smoking in her chambers.

The children in this compound were being trained to carry out school shooting massacres. Think about what a few terrorist-created school shootings will do to advance the left’s agenda of more firearms restrictions on law-abiding citizens?

Jany Leveille, 35, was detained by Immigration and Customs Enforcement (ICE) in Taos County on Tuesday and must appear before a judge to resolve her immigration status, according to a statement by ICE.

The immigration proceeding, which could lead to Leveille’s deportation, follows a raid on the compound Aug. 3 in which police said they found 11 children living in dirty conditions with no food or water. Three days later, police unearthed the body of a toddler at the ramshackle settlement north of Taos.

“Leveille has been unlawfully present in the U.S. for more than 20 years after overstaying the validity of her non-immigrant visitor visa,” an ICE statement said.

Leveille moved to Brooklyn from Haiti in 1998 after their father died, according to her brother Von Chelet Leveille. She then moved several times between Georgia, Philadelphia and New York, following her separation from her first husband, Von Chelet Leveille said in a phone interview from Haiti.

Leveille had lived at the compound near Amalia, New Mexico since January with her husband Siraj Ibn Wahhaj and children, according to prosecutors. Her six children range in age between 1 and 15, her brother said.

Leveille, Ibn Wahhaj and three other adults at the compound were charged with child abuse on Aug. 8 and their 11 children were taken into protective custody. More

If we don’t enforce our laws, we are doomed.

What are these Uber– liberal judges like NM’s “Sarah Backus”thinking? Seems like she is on the terrorists” side! https://t.co/gNgYUH9vYd

Oh no! Jany Leveille will be separated from her children. https://t.co/cyuYsmFEUz

Yeah, who will the compound be able to kill? Or train to kill?

Islamic Compound That Keeps on Giving

NOT ENOUGH FOR YOU?
FBI testified that kids said other targets are
Financial System
Law Enforcement
Education System

President Trump’s wall is essential. But so is a system to track people who come into the country legally, but overstay their visa.  Incredibly over sixteen ago, a system was developed to screen who comes in and out of the U.S. Developed right after  9/11 under the Bush #43 administration. Called NSEERS, It was initially designed by Kris Kobach, who is now the GOP candidate for governor of Kansas.

The fundamental components of NSEERS included a more rigorous visa application process, 30 extra minutes of interviewing at ports of entry; a digital fingerprint check and in-person registration after they arrived in the interior of the country; and verification of departure once they exited.

By the time Bush left office the program was being tested as a pilot program and displayed great promise. Sadly NSEERS was never fully implemented. After the Obama administration took over, the NSEERS pilot program was suspended indefinitely, assumingly because of that president’s belief in open borders.

Knowing how technology has advanced since 2002, just imagine how much better an NSEERS-type program could be today.

Man, these liberal politicians are so ignorant about the dangers of illegal aliens.

Parts of this post were originally seen at Eagle Rising.