Trucks Are The Way Food an Goods Move Around The Country 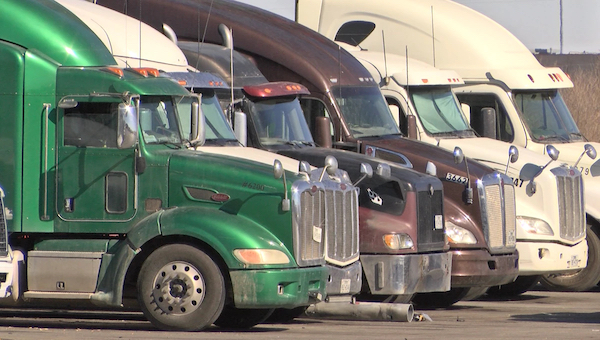 Radical EPA Administrator Michael S. Regan announced the final rules for the latest national clean air standards to cut smog- and soot-forming emissions from heavy-duty trucks. They are so stringent that they will shut down truckers everywhere.

And trucks are the life’s blood of the U.S. economy. If Biden destroys the trucking industry, he will send the costs of nearly everything we buy skyrocketing.

Per The Daily Caller:

The EPA’s rule, which is more than 80% stricter than the previous regulation, will require large trucks, delivery vans and buses manufactured after 2027 to cut nitrogen dioxide emissions by nearly 50% by 2045, according to an agency press release. The agency’s rule is intended to push truckers to phase out diesel-powered vehicles and use electric vehicles (EV) instead; however, the compliance costs associated with such rules could suffocate an industry that is not ready to transition to EVs, experts told the DCNF.

“It’s an overreach that is indicative of this administration’s tendency to set aside balance to achieve the goals of activists that they are politically aligned with,” Mandy Gunasekara, a senior policy analyst for the Independent Women’s Forum and former EPA Chief of Staff during the Trump administration, told the DCNF. “It’s going to squeeze out the mid-sized and smaller trucking companies because they’re not going to be able to afford to purchase the new, extremely expensive equipment required to continue to do what they do.”

Total BS, all that tripe.

The goal is to force the industry to go with useless, expensive, ineffectual electric vehicles.

It’s all about pushing the lies of green fear-mongering