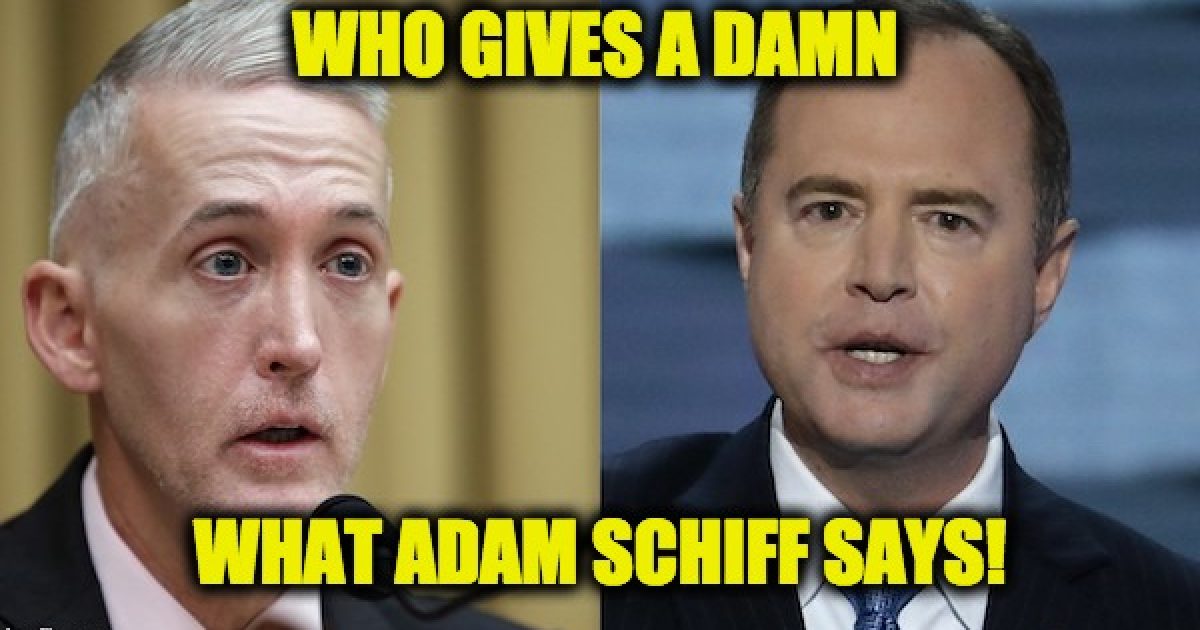 At some point, some rational journalist is going to have to start openly wondering if they’ve been wrong about the FBI/DOJ/Mueller stuff all along, won’t they? The overwhelming majority of agents working for the FBI/DOJ are great, hard-working professionals, which begs the question, how did so many agents with an anti-Trump bias get in on the Clinton investigation, the Russia investigation, and the Mueller investigation?

The material that has leaked out over the last few months has proven that at least 4-5 of the agents had a particular anti-Trump animus and that animus was severe enough that Mueller canned them from his investigation.

Now, we’re learning that there is even more evidence of the intelligence community working against Trump for partisan reasons.

Here’s what the Hill found in recently uncovered memos:

We already know from FBI counterintelligence agent Peter Strzok’s now-infamous text messages with his fellow agent and reported lover, Lisa Page, that Strzok — the man driving that Russia collusion investigation — disdained Donald Trump and expressed willingness to use his law enforcement powers to “stop” the Republican from becoming president.

The question that lingers, unanswered: Did those sentiments affect official actions?

Memos the FBI is now producing to the Department of Justice (DOJ) inspector general and multiple Senate and House committees offer what sources involved in the production, review or investigation describe to me as “damning” or “troubling” evidence.

They show Strzok and his counterintelligence team rushing in the fall of 2016 to find “derogatory” information from informants or a “pretext” to accelerate the probe and get a surveillance warrant on figures tied to the future president.

The memos prove that Strzok and his team railroaded Trump associate Carter Page (who has still never been accused of any kind of wrongdoing) and used him as a scapegoat to spy on the Trump campaign. Strzok’s own words in the memos damn him for his immoral tactics and explicit partisan behavior.

The memos also indicate that certain FBI officials were knowingly and maliciously leaking information from their investigations to Democrats in Congress and to the media.

These and other documents are still being disseminated to various oversight bodies in Congress, and more revelations are certain to occur.

Yet, now, irrefutable proof exists that agents sought to create pressure to get “derogatory” information and a “pretext” to interview people close to a future president they didn’t like.

Clear evidence also exists that an investigation into still-unproven collusion between a foreign power and a U.S. presidential candidate was driven less by secret information from Moscow and more by politically tainted media leaks.

And that means the dots between expressions of political bias and official actions just got a little more connected.

In response to all of the bad news, Democrat leader Adam Schiff (D-CA) has been trying to obfuscate what is really happening by attacking Republicans for being on Trump’s side.

Schiff has even begun mocking a few GOP Congressional leaders as ‘The Four Horsemen,” but Congressman Trey Gowdy (R-SC) isn’t worried about anything Schiff has to say. In fact, to hear Gowdy talk about it… nobody in the GOP “gives a damn” about what Schiff thinks.

“Let me tell you this about Adam,” Gowdy began. “Adam’s had a terrible last couple of years. He wanted to be the attorney general under Hillary Clinton and no one in the country worked harder to protect her than Adam Schiff.”

“He wanted to be the head of the CIA. He wanted to run for California and the run for Senate and the People’s Republic of California, but he couldn’t win either of those seats. So, now, now, he wants to be the chairman of the House Intelligence Committee. Speaking of the apocalypse, Adam Schiff wants to be the chairman of the House Intelligence Committee,” he said.
“If you ever have — I don’t know — a couple of three months with nothing else to do, I want you to go back, Jason, and think of all the things you would not know if you had taken Adam Schiff’s advice. You wouldn’t know the whole — the spontaneous reaction to a video was a hoax in Libya. You would never have read the first Chris Stevens email. You wouldn’t know that Hillary Clinton had this unique email arrangement with herself because Adam Schiff did everything in his power to keep you from finding out,” Gowdy continued.