NBC REPORT: China Is Concerned That After ‘Helping’ The World With COVID-19 They May Be ‘Re-Infected’

NBC News Can’t Think That This Is “Reporting,” Can They? 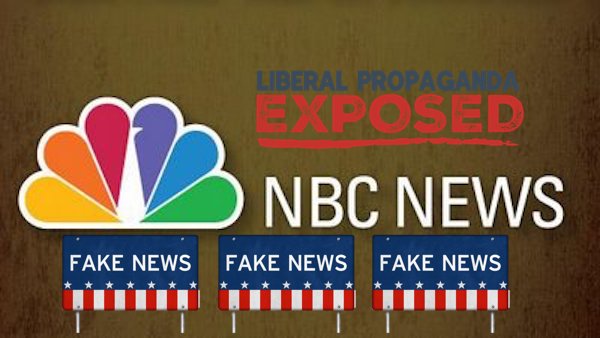 You’ve got to be effing kidding me. NBC News can’t think that this is “reporting,” can they?

On a Today segment, NBC’s Keir Simmons said that there were no new cases of COVID-19 being reported in Wuhan, the area where the virus started.

He then went on to gloss over China’s horrendous non-response, overt cover-up, and silencing of dissenters to the government’s handling of the virus and said that “millions of Chinese people were prepared for draconian measures“ because of Asia’s previous experiences with SARS and other rapidly-spreading viruses. He added that those who “didn’t want to comply were forced into quarantine.”

The Chinese people “were prepared” for draconian measures, and those who “didn’t want to comply” were “forced” into quarantine? No, that’s just what totalitarian regimes do. There were so many disturbing videos floating around on social media of people’s doors being blocked closed and dragged out of homes kicking and screaming. These videos were nearly impossible to verify the date, time, reason, etc., so ClashDaily made the editorial decision to not publish them, but the videos were still out there.

Simmons went on to say that South Korea had a very different, decisive, and effective response, which managed to keep the death-rate down to 1%.

Then, in an incredible display of mental gymnastics, Simmons went on that China,  South Korea, and other Asian countries “may have helped Western Europe and America by delaying the arrival of the Coronavirus here, but they are worrying that they may get re-infected by the rest of the world.”

Are you kidding me?

China did not help anyone, nor did they delay a damned thing.

Axios published a complete timeline of events relating to the COVID-19 outbreak in Wuhan. If the Chi-Coms had acted three weeks earlier, they could have prevented the geographic spread and reduced the number of cases by 95%.

Axios has compiled a timeline of the earliest weeks of the coronavirus outbreak in China, highlighting when the cover-up started and ended — and showing how, during that time, the virus already started spreading around the world, including to the United States.

Why it matters: A study published in March indicated that if Chinese authorities had acted three weeks earlier than they did, the number of coronavirus cases could have been reduced by 95% and its geographic spread limited.

NBC's @KeirSimmons claims China "helped" the world by "delaying" #COVID19, but is now "worrying that they may get re-infected…from the rest of the world" pic.twitter.com/cEN2bnG69y

This is all on China.

Whatever Keir Simmons is doing isn’t reporting, it’s Chinese Communist propaganda. They don’t need Pravda the way that the USSR did during the Cold War, they have the U.S. media sycophants willing to do the job for them.

It would appear that NBC News just houses a bunch of “Useful Idiots” that spout off whatever the Chinese Communist Party tells them to.

In case you missed it, NBC’s Chief Foreign Correspondent, Richard Engel, went on a rant this week about how “racist” it is to acknowledge that the virus originated in China.

.@RichardEngel: "This is a virus that came from the territory of China but came from bats. This is a bat virus, not a China virus. It doesn't speak Chinese. It doesn't target Chinese people. It targets human beings who happen to touch their eyes, nose or mouth." pic.twitter.com/ljQeT7UQam

Riddle me this, Dick, how did the “bat virus” spread from bats to humans? Don’t want to touch that one, do you, Dick? I didn’t think so.

BTW, I would looooove to see him chat about this with Martha MacCallum, wouldn’t you?

It was also NBC that called President Trump racist for banning flights from China early on.

NBC's Kristen Welker: Why was the United States not prepared with more testing?

TRUMP: The only thing we weren't prepared for was the media. I called for a ban on people coming in from China. It was your network, I believe, they called me a racist because I did that. pic.twitter.com/Ma4IgwOZJt

NBC News seems pretty desperate to take that title of “Very Fake News” away from CNN.