From 2010 – 2020, National Polls For Congress Have Understated GOP Support By 3.1 Points On Average 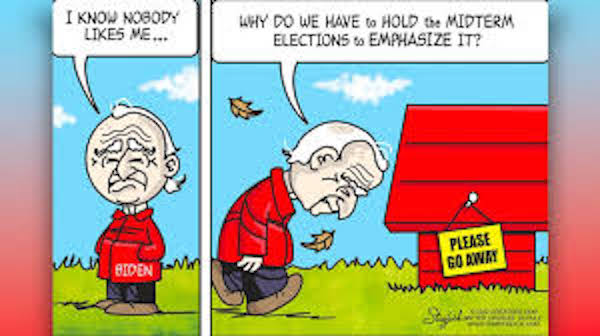 In 2010, 2012, 2014, 2016, 2018, and 2020, national opinion polls failed to capture the magnitude of Republican enthusiasm on the generic Congressional ballot by 3.1 percentage points, an analysis of the average of national polls by RealClearPolitics.com shows.

On Election Day, 78.2 million people voted in the House elections, the result was 51.4 percent for the Republicans and 45.7 percent for Democrats, and Republicans reached a recent historical high of 247 seats in the House, more than either 2010 or 1994.

Republican support had been understated by almost 7 points in the polls.

In 2016, polls had Democrats up on the generic Congressional ballot by 0.6 percent, but they lost the House of Representatives elections’ popular vote 49.1 percent to 48 percent, a 1.1 percent margin, with 128.6 million votes cast in the House elections. They also almost entirely had Hillary Clinton defeating Donald Trump easily in the presidential election. Still, instead, Trump pulled out narrow wins in Pennsylvania, Michigan, and Wisconsin to secure the Electoral College.

Republicans were underrepresented by 3.7 percentage points. They were only supposed to get 45.4 percent.

Republicans were under-polled by 5.6 percentage points that year. They were only supposed to get 42.5 percent.

Interestingly, polls also overstated Republicans’ margin in the 2010 House elections by 2.6 percentage points as Democrats were underrepresented in national polls. The polls had Republicans winning by 50.7 percent to 41.3 percent, a 9.6 percent rout. The poll was about right for Republicans on Election Day, who secured 51.6 percent, but Democrats got a more realistic 44.8 percent.

Even there, though, Republicans were under-polled by 0.9 points.

2012 draws a similar result, where both Republicans and Democrats were underrepresented by the polling averages and had the House races favoring Republicans 47.5 percent to 47.3 percent. Instead, Democrats won the popular vote in the House, 49.2 percent to 48 percent.

There, Republicans were underrepresented in the poll by 0.5 percentage points.

You get the picture. Whatever the polls say towards the end of the month into November, you might want to take it with a grain of salt, which tends to undersample both Republican and Democratic support.

In fact, Democrats were underrepresented in each of the polls’ averages as well, owing to undecideds in the poll. Still, there appear to be much greater misses on the GOP side of the equation, where Republicans were underrepresented by 3.1 points on average versus 2.5 points for Democrats. The biggest miss for Democrats was in 2018 when they were under-polled by 3.6 points. Republicans’ biggest miss was 5.8 points in 2014.

Trafalgar Group pollster Robert Cahaly, one of the only pollsters to have the presidential race for Trump in 2016, said there are “submerged voters” in September, writing on Twitter, “I call this new group ‘submerged voters’. They aren’t putting stickers on their cars, signs in their yards, posting their opinions, or even answering polls.  At this point, I think it’s fair to say that Biden’s pursuit of and attacks on ‘MAGA Republicans’ has created an army of voters who will be virtually impossible to poll (even for us) and more difficult still to estimate. The 2022 Republican turnout will likely be higher than any of the polls or models are showing. All polls (including ours) will understate the impact of these ‘submerged voters.’”

One particular nuance to consider is that it is entirely possible to win the popular vote for the House, as Democrats did in 2020, but still lose a number of seats. That year it was 14 seats. This year, Republicans only need six seats to reclaim the majority. And so, the poll does not even necessarily determine control of the chamber, how slim the incumbents’ current majority is doing.

IMPORTANT: if you like this post, please share its title and URL with your friends and any social media sites compatible with the content of the post…..The Lid is free and will remain so. But keep in mind it’s reader traffic that makes The Lid attractive to advertisers.  Revenue from advertisers helps to fund the maintenance of the site, the latest journalism software, research, etc. …So please help The Lid produce the best content possible.