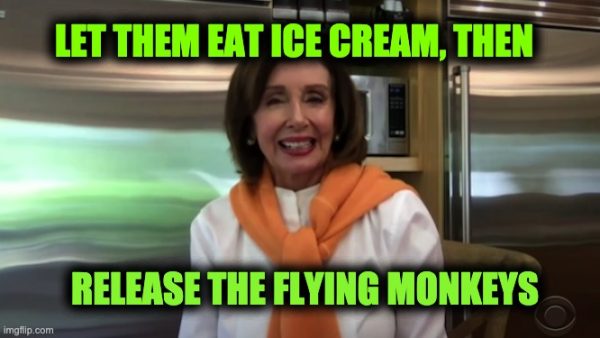 Meghan McCain called the latest Trump ad a “kill shot” as it went after Nancy Pelosi for her late-night interview while standing in front of two refrigerators, one of which was stuffed with expensive gourmet ice cream. We previously wrote about the optics being horrible, but the new ad from the Trump campaign dug it in even further. She has now been dubbed, “Nancy Antoinette.” 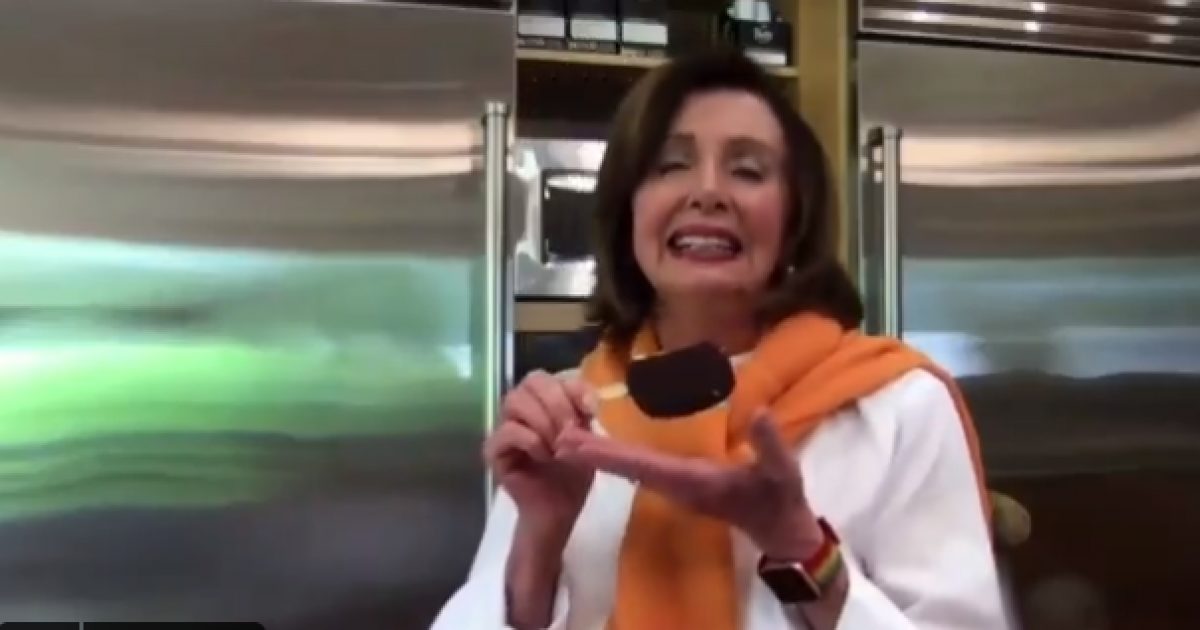 One Twitter user stated: “While our small businesses are shutting down waiting for “Nancy Antoinette” to sign the PayCheck Protection Bill, & workers are losing jobs, this ‘True Compassionate’ Dems @SpeakerPelosi locks down the Congress, goes on vacation, and shows off her luxurious lifestyle on TV.”

And that’s precisely what happened, as we previously reported. The Trump campaign took her bad optics and turned into a genius message that we hope every voter will pay attention to come November.

“It’s not the ice cream that’s in her fridge. It’s the fact that she’s standing behind giant refrigerators, multiple ones that cost $24,000 each.”

When Joy Behar told her she should look at Trump’s refrigerators, she responded,

“You’re right, Joy, politicians are wealthy, Trump is wealthy, but I think in this specific moment, optics are narratives. I don’t make the rules of politics. This is just how it works.

“McCain also noted how the ad showed Pelosi “joking” about rejecting the stimulus package. She was referring to a portion where Pelosi said, smiling: “They were asking for a quarter of a trillion dollars within 48 hours and I said, ‘Well, I don’t think so.’”

“Trust me when I say this, it will play very well in the middle of the country,” McCain said.

She also pointed to how Rep. Alexandria Ocasio-Cortez, D-N.Y., seemed to celebrate the depreciation of oil amid the coronavirus pandemic.”

She deleted it, but here it is. pic.twitter.com/smePUtFFrK

Added to AOC’s snarky statement (which she deleted) about loving the tanking oil market, the optics for the Democrat party are atrocious. You’d think with that so-called ‘economic degree’ AOC would recognize that a tanking oil market will just make people want lower oil prices to fill their gas tanks, but hey, she’s a bartender. And Meghan McCain is correct – the Trump ad will definitely be a kill shot, especially in the Midwest.