Schiff: Any Naming The Whistleblower During Hearings Will Result In Ethics Charges 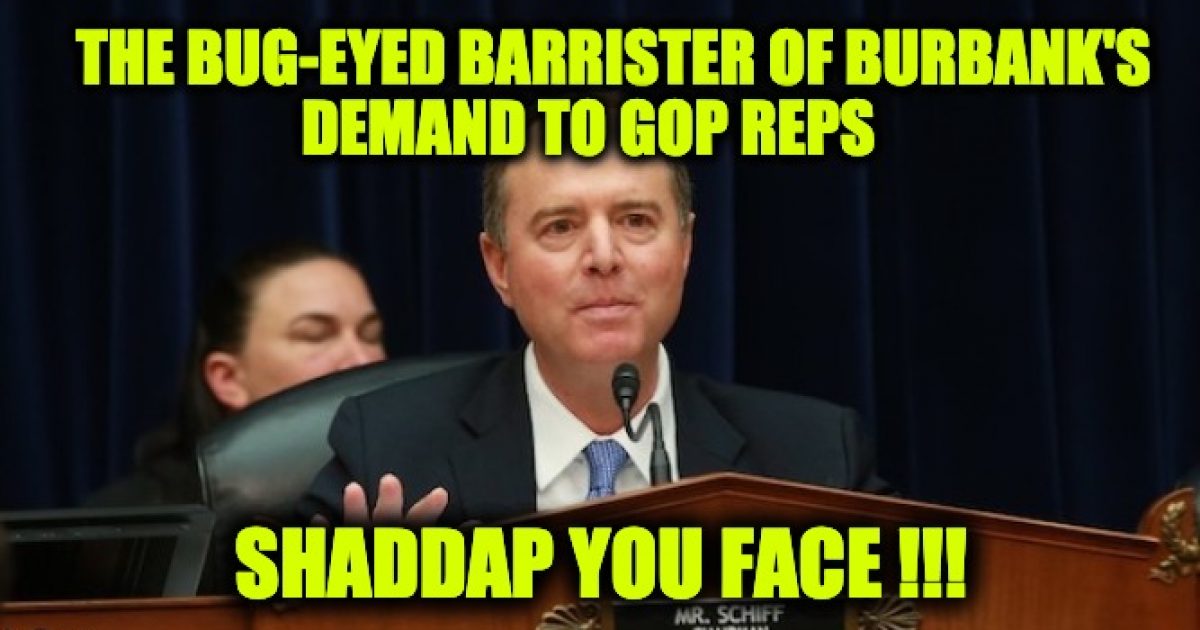 If House Intelligence Committee Chairman Adam Schiff’s goal is not to make the open hearings phase of his impeachment inquiry look like a Soviet-style inquisition, he’s off to a bang-up start. Last week, he rejected virtually all of the witnesses Republicans sought permission to interview, including the “whistleblower.” Yesterday, in preparation for the public phase, which begins this morning, he sent a memo to committee members warning that even mentioning the “whistleblower” would be considered a crime. That guilty parties would face ethics charges.

The memo, which can be seen below states:

The Committee has a long, proud, and bipartisan history of protecting whistleblowers — including from efforts to threaten, intimidate, retaliate against or undermine the confidentiality of whistleblowers. … The Code of Official Conduct for Members of Congress requires that every Member “shall behave at all times in a manner that shall reflect creditably on the House.” The Committee on Ethics has historically viewed this provision as “encompassing violations of law and abuses of one’s official position.

So much for due process.

Schiff already rejected the GOP request for the “whistleblower” and Hunter Biden to testify.

What makes this latest constraint more absurd than it already is is the distinct possibility that the first committee member to violate the rule against mentioning the “whistleblower” will be Adam Schiff himself. It was Schiff, after all, who initially outed the leaker during one of his closed-door hearings. It would be worth the price of admission to watch Schiff bringing ethics charges against himself (as if that would happen).