Flashback: Nadler Admits Impeachment Is All About ‘Undoing a National Election’ 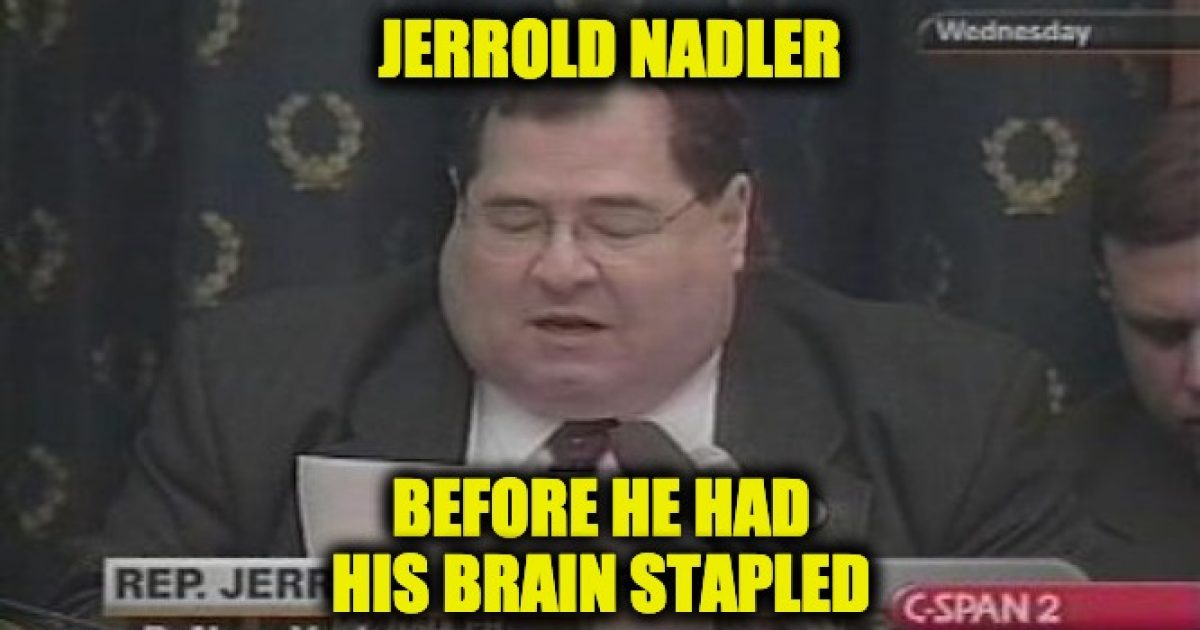 House Judiciary Committee Chairman Jerry Nadler is a driving force behind the Democrat push for the impeachment of President Trump, but his views were vastly different in 1998.

In fact, as the video demonstrates, Nadler’s efforts to defend former President Bill Clinton against impeachment over tangible violations of the public trust – perjury and obstruction of justice – inadvertently pull back the curtain on what today’s inquiry is all about.

The New York Democrat argues that impeachment is essentially an “undoing of a national election” designed to tell American voters that their choice for President “must be set aside.”

“They knew quite properly that impeachment of a president is an undoing of a national election,” a younger, more rotund Nadler argues.

And Nadler was instrumental in preventing the impeached Clinton from being removed from office via a senate vote. Apparently, every senator who proclaimed he would be voting against Bubba, Nadler ate. Something apparent from the video.

Huh … That’s exactly what Democrats are now telling you. The people they look down on as ‘deplorable’ – their vote doesn’t count. And they’ve been trying to send that message for three years on.

AT AN ANTI-IMPEACHMENT RALLY:

“An impeachment of a President is an undoing of a National Election” pic.twitter.com/zMOuxVaqqi

By contrast, Nadler argues today that impeachment is about ‘vindicating the Constitution’ and preventing President Trump from becoming “more and more of a tyrant.”

The difference here is that Trump has not, despite the Democrats best effort to concoct hoax after hoax, ever been charged with perjury or obstruction as Clinton had been.

The resistance party isn’t vindicating the Constitution, they’re absolutely trashing it. The Democrat party are the tyrants now, trying to undo the will of the American people as a means to exact revenge for their muse, Hillary Clinton.

The Nadler video demonstrates yet another layer of hypocrisy for the Democrat party, who is banking on the fact that Americans are too ignorant to investigate the past.

December 18, 1998 – @SpeakerPelosi on debate of Clinton impeachment: "We are here today because the Republicans in the House are paralyzed with hatred of President Clinton." pic.twitter.com/f3IQuIST2P

House Speaker Nancy Pelosi, also in 1998 and also arguing in defense of Clinton, can be seen claiming that her Republican colleagues are pushing impeachment because they “are paralyzed with hatred of President Clinton.”

When all was said and done, Democrats cheered Clinton on the very day he was impeached for lying about an extramarital affair with an intern in the Oval Office.

Democrats applauded accused rapist Bill Clinton after he was impeached on Dec 19, 1998. pic.twitter.com/VnahEiFh9u

“When he [Clinton] finished he walked slowly up the Democratic side of the aisle, Democrats applauding him and hugging him as he moved along,” the New York Times reported. “The Republicans remained fixed in their seats.”

These old clips have been a boon for proving the Democrat party’s hypocrisy. If you hear them saying something one day, it’s a safe bet there is video evidence of them saying the exact opposite in the past.