America Rewards My Pillow Guy for His Loyalty to Laura Ingraham 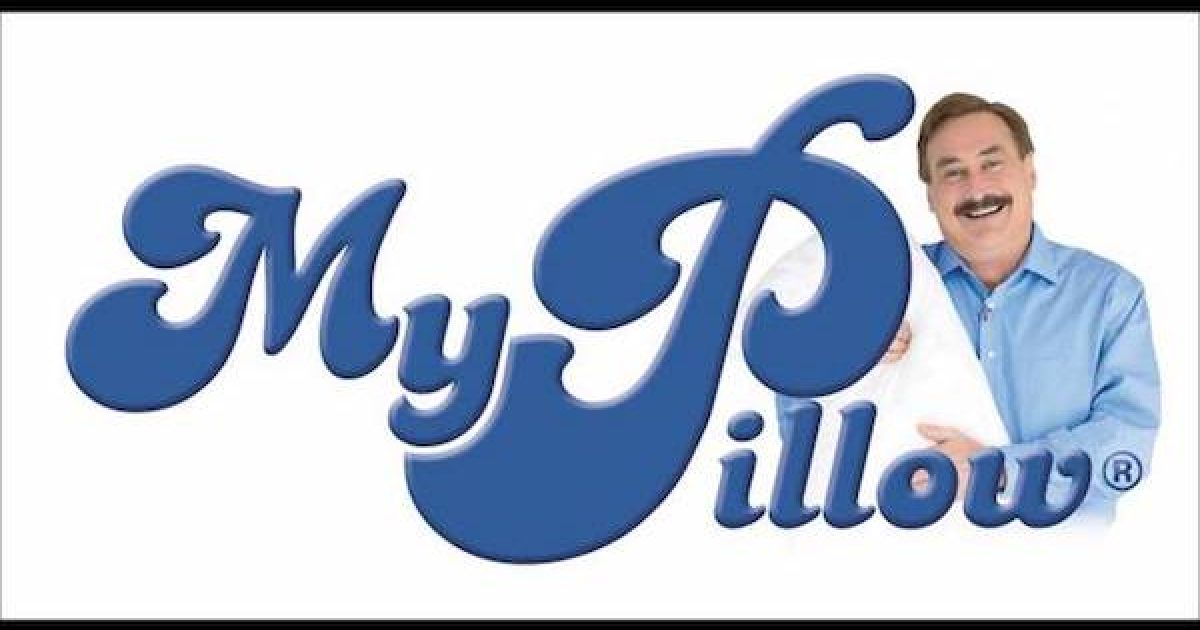 Fox News host Laura Ingraham was back on the air this week despite the continued attack on her advertisers by hate-filled liberals. Only one Laura Ingraham advertiser strongly stood by the Fox host in wake of the anti-gun boycott and America rewarded that company, My Pillow, with an avalanche of new business.

My Pillow CEO Mike Lindell was the only major advertiser from the Laura Ingraham show who publicly stood by the Fox host even as a long list of other advertisers bowed to liberal demands that they abandon her after anti-gun Parkland punk David Hogg launched an advertiser boycott at the instigation of the liberal secret money backers that are controlling him.

Despite the fact that Lindell bucked the liberal boycott, he has announced that his sales have stayed strong.

“My Pillow sales are strong. I am blessed to have loyal customers and grateful for all the support,” Lindell said in a note to Daily Caller.

Lindell’s thanks to his customers came after he decided to stand strong for Laura in a tweet where he told customers that he “did not take my advertising down from @IngrahamAngle and @FoxNews, nor do I intend to.”

I did not take my advertising down from @IngrahamAngle and @FoxNews, nor do I intend to. @seanhannity

We did not take our advertising down from @IngrahamAngle and @FoxNews, nor do we intend to. @seanhannity

While liberals jumped to their own Twitter accounts to attack My Pillow for daring to buck the left-wing boycott, many thousands of more real Americans jumped up to support Lindell and his company and buy more My Pillow products.

Lindell was swimming upstream against the liberal tide demanding a boycott of Ingraham’s show with his support of Laura Ingraham, of course.

Again, disappointedly, Ingraham then announced that she is taking a week’s vacation for the first week of April.

Fox News has reiterated its support for conservative talk show host Laura Ingraham, as advertisers threaten to leave the show over criticisms she made of Parkland School shooting survivor David Hogg.

“We cannot and will not allow voices to be censored by agenda-driven intimidation efforts,” Jack Abernethy, co-president of Fox News, said in a statement to The Los Angeles Times.

“We look forward to having Laura Ingraham back hosting her program next Monday when she returns from spring vacation with her children,” he continued.

As The Washington Times’ Cheryl K. Chumley noted, this isn’t just an attack on Ingraham:

Lest you fail to see the larger war: This isn’t just an attack on Ingraham. This is an attack on America’s entire free society, on cherished God-given and constitutional freedoms. Hogg is a tool. The Hogg-Ingraham matter is a battle. But both are part the larger leftist-driven chill on American freedom that’s being waged right now — and that’s the war all free-minded ought to be fighting.

As to the anti-gun punk, Hogg claims that he is brilliant enough to be doing all his activism all on his own.

Anyway, that was then… as I noted, Lindell was swimming against the left-wing tide, but, then again, he is used to that. He has been doing that for decades since he launched his company and took it from struggling to a major success despite a nagging drug habit and the attacks by the Obama-enthralled Better Business Bureau that tried to destroy him.

A new retrospective of his tumultuous life published this month by the Washington Post reveals one of the most inspiring personal stories ever. Lindell went from zero to hero with a belief in God and a dogged determination to beat his demons and succeed.

At the beginning of the April 6 article, Lindell notes that in 2008 he was at his lowest point ever due to a massive, out-of-control crack cocaine habit.

Indeed, his habit had become so dangerous to his health that even his drug dealers all ganged up on him and refused to sell him any more drugs until he got himself right. Lindell was on the verge of death from his habit and so was his My Pillow company.

Lindell started his drug abuse in the early 1980s and, as he jumped from one business idea to the next, his unsettled life was reflected in his addictions. But in 2004 he finally lit on the idea that would eventually save his life.

Lindell says that he realized that literally no one ever had a truly comfortable pillow and he set about making one. He eventually developed what would become My Pillow, but even as he finally arrived at his defining invention, he was still suffering his addictions and still waiting for his defining moment.

Finally, by 2009 Lindell said that his addiction to drugs was so bad that if a change was not made immediately he would not live much longer.

“I had one prayer that night,” he told CNBC last September. “God, I want to wake up in the morning and never have the desire again. … I woke up the next day — and you’ve got to realize this is years of crack addiction — I go, ‘Wow, something’s different.’”

Finally, with his trust in God renewed, he began to get past his addiction. By 2011 he had grown his business from five employees to over 500. But the Better Business Bureau was not so willing to give Lindell the space he needed to grow his business.

In 2017, the Better Business Bureau of Minnesota and North Dakota downgraded MyPillow’s rating from an “A+” to an “F” supposedly because the company’s infomercials were “deceptive.”

“Among other issues, BBB has attempted to persuade My Pillow to discontinue their ‘buy one get one free’ (BOGO)/other discount offers without success,” Dana Badgerow, president and chief executive of BBB of Minnesota and North Dakota, said at the time in a news release. “Continuous BOGO offers, which can then be construed as an item’s regular, everyday price, violate not only BBB’s Code of Advertising — which all BBB Accredited Businesses agree to abide by — but also other state and national organizations’ rules.”

Lindell blamed the sudden attack on his conservative politics and his support for Donald Trump.

The My Pillow guy was also hit by a series of lawsuits by left-wing prosecutors from California:

Prosecutors from nine California counties hit My Pillow with a lawsuit for running deceptive ads about the health and healing properties of the products. In 2016, the company settled the claims with $1 million in civil penalties, NBC News reported.

Despite the left’s best efforts, though, My Pillow is still growing and now earns about $300 million in annual revenue.

And that is the sweetest finger in the left’s eyes ever!

[Note from Jeff: I own three My Pillows and really like them]