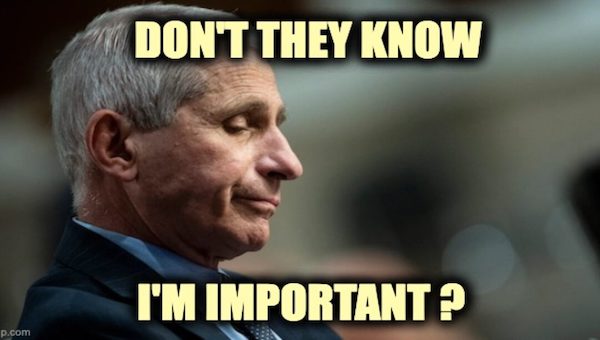 It’s lucky for these clowns that getting slaughtered in a social media flame war doesn’t mean you die in real life. Otherwise, Elon would be a serial killer by now.

This weekend alone would have racked up a body count.

It began with a single provocative tweet, as these things so often do. Elon threw a cat among the pigeons with the purple-hair activist crowd by torching not one but two sacred cows in a single tweet.

The beloved Saint Fauci (candles are available at their gift shop, probably) and the use of pronouns.

Most people talking about this issue are missing the broader context.

Elon announced that he would address the website’s bots problem.

That’s hardly a surprise, considering that was the key issue that took him to court in challenging the conditions of purchase. 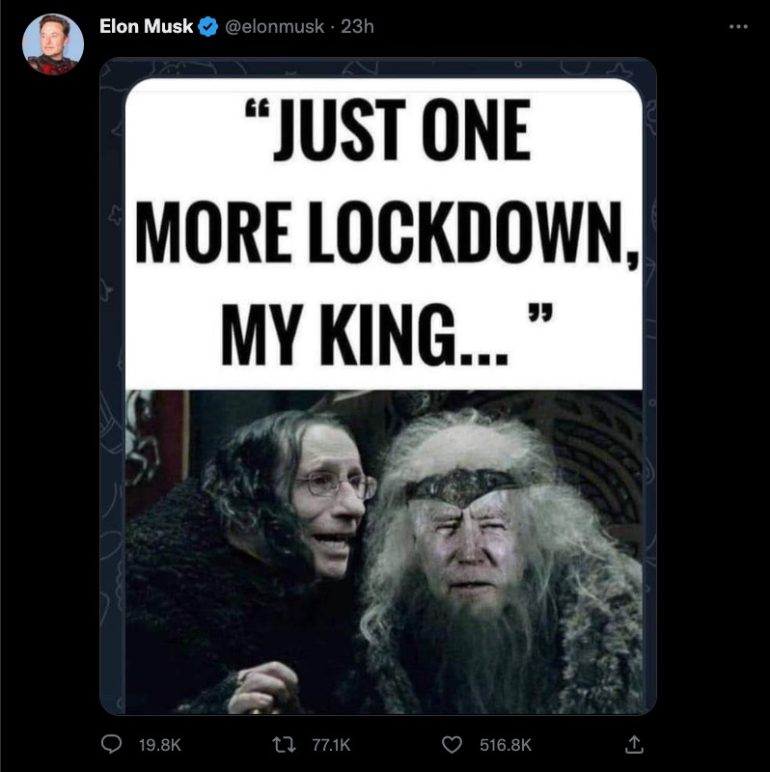 Lays down a marker…

And then throws out something he knows the activist class can’t resist. It’s like moths to a flame. A polarizing statement like that is the lifeblood of Twitter. People on either side of either issue went all-in. Just look at the engagement numbers here…

Almost 100,000 comments. 190k retweets. One million likes. Those are bonkers numbers. It was precisely the numbers he needed to test the remedy he had been working on with the bots.

The Branch Covidians are upset lol

Of course, real-life people got offended. They tried to ‘own’ him. It was like that scene on the Empire State Building where King Kong was batting away airplanes like they were petty nuisances.

That didn’t make it any less amusing.

Jimmy Kimmel reminded us why Gutfield is looking down on him in the TV rating race. 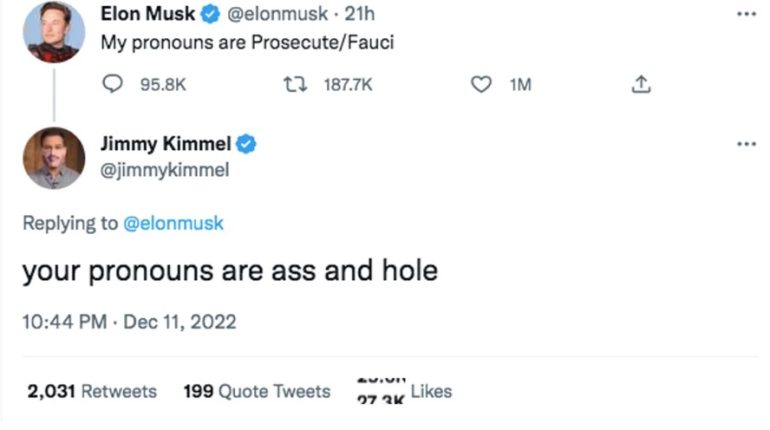 The more interesting interaction was between Scott Kelly, an astronaut who took 4 trips into space, and Elon Musk, who built a private rocket company that launched a car made by his *other* company into orbit.

Kelly, brother of the Democrat Senator from Arizona, got predictably wrapped around the axle by Musk’s deviation of using pronouns in the socially acceptable way… and scolded him for it.

Elon was having none of it. And — unlike Kelly — he didn’t have to dip into any language loaded with emotional baggage or use guilt to make his point. 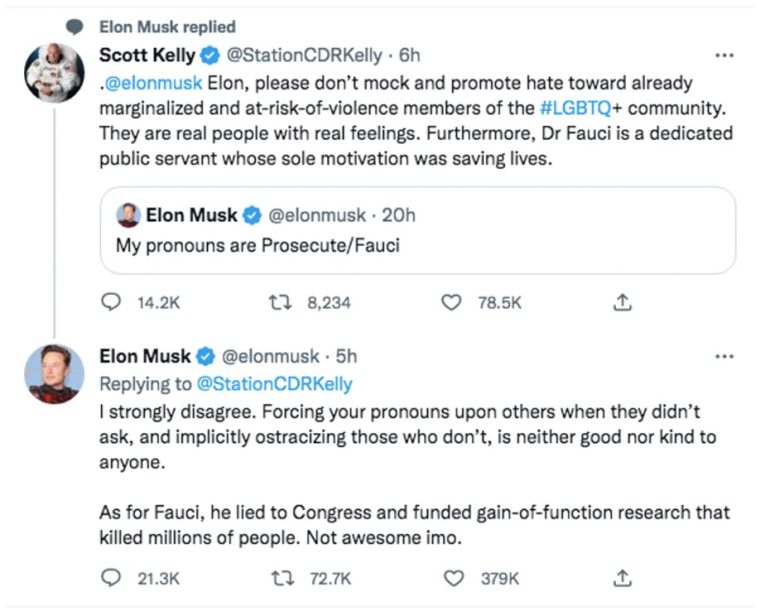 And just like that, the spaceman came crashing down to Earth.