Per the UN Rape Is a War Crime 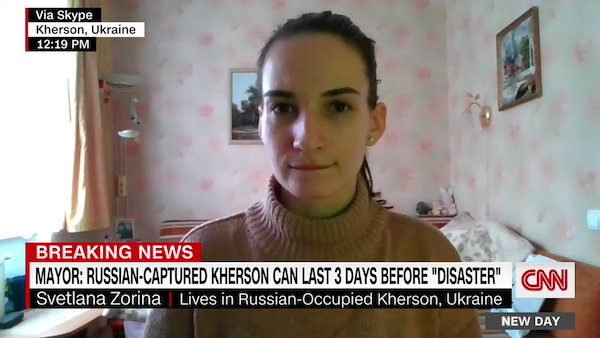 Alarming allegations of multiple cases of rape have been made against invading Russian soldiers in Ukraine, and Fox News is reporting on a 90-minute telephone call between Vladimir Putin and French President Emmanuel Macron that left Macron convinced the “worst is yet to come.”

The rape allegations came from Ukraine foreign minister Dmytro Kuleba during a briefing at Chatham House, according to The Sun, a British publication. He reportedly told those at the briefing,

He told a briefing at Chatham House: “We have numerous cases of, unfortunately, when Russian soldiers rape women in the Ukrainian cities.”

Kuleba backed a call for the creation of a special tribunal to punish Moscow’s aggression as Russia’s hostility escalates beyond bombing.

Kuleba said international law “is the only tool of civilisation that is available to us to make sure that in the end, eventually, all those who made this war possible will be brought to justice

Providing some reinforcement to that allegation was an interview of a Ukrainian woman by CNN during which the same accusation was leveled. The Skype interview, with 27-year-old Svetlana Zorina, a resident of Kherson, which has been occupied by Russian forces, was circulated on Twitter.

“They already started to rape our women. There was information from people that I personally know that a 17-year-old girl — it happened to her and then they killed her,” she told John Berman on Friday (below) These claims have not yet been independently verified. However, when one sees the bombing of civilians and other war crimes perpetrated by the Russians, I would not be surprised to see them proven beyond a reasonable doubt.

JUST NOW: "“They already started to rape our women. There was information from people that I personally know, that a 17-year-old girl, it happened to her & then they killed her. "

–Svetlana Zorina, caring for her grandmother in Russian occupied Khersonpic.twitter.com/jSELNovNGV

Strangely it wasn’t until 2008 that rape was considered a war crime. The U.N. passed a resolution which said in part:

Notes that rape and other forms of sexual violence can constitute a war crime, a crime against humanity, or a constitutive act with respect to genocide, stresses the need for the exclusion of sexual violence crimes from amnesty provisions in the context of conflict resolution processes, and calls upon Member States to comply with their obligations for prosecuting persons responsible for such acts, to ensure that all victims of sexual violence, particularly women and girls, have equal protection under the law and equal access to justice, and stressesthe importance of ending impunity for such acts as part of a comprehensive approach to seeking sustainable peace, justice, truth, and national reconciliation.

In the end, just chalk it up to another disgusting war crime committed by Russians in Putin’s war.