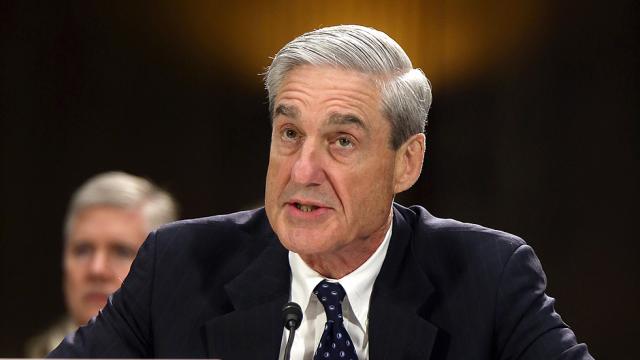 Facebook Twitter Flipboard
In a sign that Robert Mueller’s investigation into Russia’s influence of the 2016 Election has hit hyperdrive, the Wall Street Journal is reporting that the Special Prosecutor has impaneled a grand jury in the case. The grand jury can do things that the prosecutor cannot do himself including allowing prosecutors to subpoena documents, put witnesses under oath and of course, seek indictments if there is evidence of a crime.

According to the report, the panel is already seated and has started working in “recent weeks,” and the first subpoenas have been issued.

A spokesman for Mr. Mueller, Joshua Stueve, declined to comment. Moscow has denied seeking to influence the election, and Mr. Trump has vigorously disputed allegations of collusion. The president has called Mr. Mueller’s inquiry a “witch hunt” [because his selection of attornies for his team consists of mostly Hillary Clinton donors].

Ty Cobb,  who is president Trump’s lead attorney on the Russia matter told the WSJ that impaneling a grand jury is a typical step for those types of investigations (which is why people questioned that there was no panel created for the Hillary investigation).

“Grand jury matters are typically secret. The White House favors anything that accelerates the conclusion of his work fairly.…The White House is committed to fully cooperating with Mr. Mueller.”

Keep in mind that this does not mean there is evidence of a crime, but that Mueller needs the tools a grand jury offers. Additionally, it doesn’t mean that Mueller suspects the president or anyone in the administration of hanky-panky.

Also understand before Mueller was hired federal prosecutors had impaneled a grand jury Alexandria, Va., to help with their criminal investigation of Michael Flynn. Mueller took over that investigation which focuses on General Flynn’s work in the private sector on behalf of foreign interests.

A grand jury in Washington is also more convenient for Mr. Mueller and his 16 attorneys—they work just a few blocks from the U.S. federal courthouse where grand juries meet—than one that is 10 traffic-clogged miles away in Virginia.“This is yet a further sign that there is a long-term, large-scale series of prosecutions being contemplated and being pursued by the special counsel,” said Stephen I. Vladeck, a law professor at the University of Texas. “If there was already a grand jury in Alexandria looking at Flynn, there would be no need to reinvent the wheel for the same guy. This suggests that the investigation is bigger and wider than Flynn, perhaps substantially so.”

Thomas Zeno, a federal prosecutor for 29 years before becoming a lawyer at the Squire Patton Boggs law firm, said the grand jury is “confirmation that this is a very vigorous investigation going on.”

“This doesn’t mean he is going to bring charges,” Mr. Zeno cautioned. “But it shows he is very serious. He wouldn’t do this if it were winding down.”

It is unclear how long Mr. Mueller’s investigation will last, and there is no deadline for its completion. The probe is complicated by the classified nature of much of the information Mr. Mueller’s team is reviewing. Evidence of its sensitivity came in June when Mr. Mueller moved from his temporary offices to a nearby secure facility that his representatives have declined to identify.

What this means is that there is enough smoke in the air that Mueller wants help to discover whether or not there is a real fire.

According to Reuters, the first subpoenas have been issued. It seems the grand jury is working on the meeting that Donald Trump Jr., Jared Kushner, and Paul Manafort had with the Russian lawyer and her friends. Watch the video below for more on the subpoena.