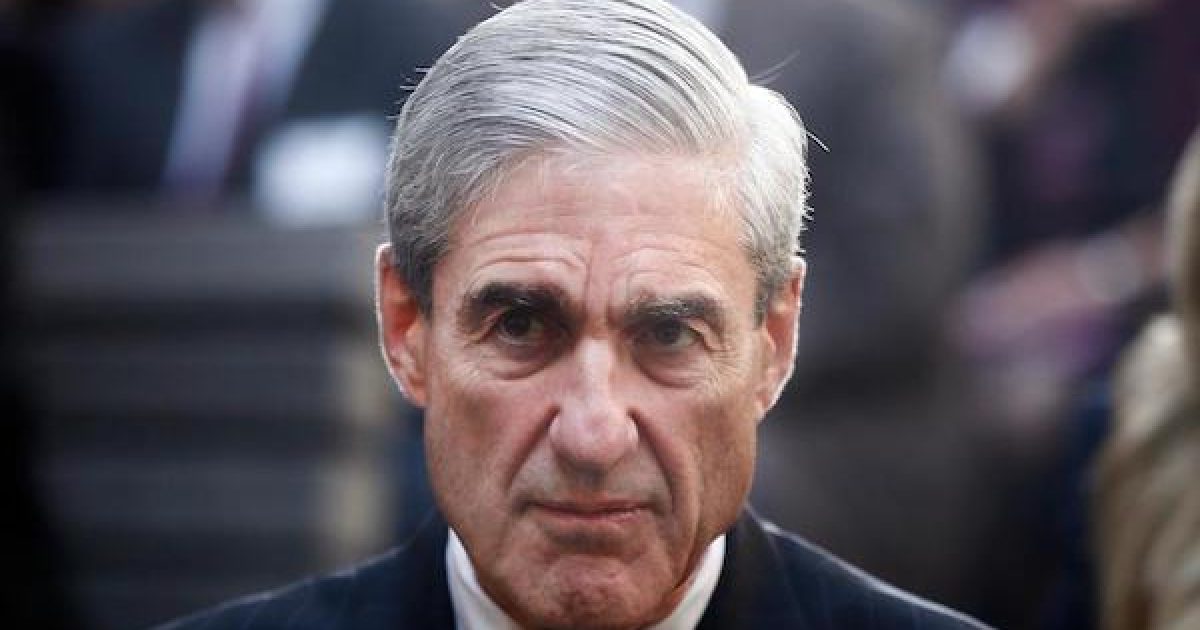 The Department of Justice announced on Friday that a federal grand jury has indicted 13 Russians on counts involving election interference, identity theft, and wire and bank fraud, all of it relating to the 2016 election and investigated by the special prosecutor’s office led by Bob Mueller.

The grand jury was convened by the federal court for the District of Columbia.

The indictment, including the names of the Russian defendants, is embedded below the video at the bottom of this post.

There are a few things to note straight off, based on the indictment.  One of them is that we have known about the nature of all the election-interference charges for months.

Some of the defendants are charged with the actual “interference.”  Others are charged with the ID theft and wire fraud.  Those accused of interference did the following:  set up fake social media accounts; used those accounts to forward election-related and other, more general political themes; and advertised online a handful of political demonstrations to be held in U.S. locations, which may or may not have resulted in people literally showing up to demonstrate.

In one case in Florida, Russians using a social media persona contacted an actual American who was a grassroots organizer.

We’ve already known about all these activities for some time.  Mueller has now obtained a grand jury indictment for them.  If the charges are valid, as laid out, the activity would be fraudulent; I do have a question as to how likely the charges are to bring a prosecution to a meaningful conclusion.  On first look, it appears to me that this is largely uncharted territory.  It will be interesting to see the Russians tried on the charges in question.  The implication of fraud seems intuitively obvious, but I wonder how well it can be proven by the statutory standards of fraud.

I wonder if we really want it to be.

That doesn’t mean it doesn’t matter at all.  We do know, however, that most of the political information-pushing via social media occurred after the general election on 8 November 2016, so it can hardly be suggested that the interference activities with the broadest reach affected the outcome of the election.

The handful of live demonstrations fomented by the fake social media accounts couldn’t have had an effect on the election, nor could the instance of the fake persona contacting the real American in Florida — an exceedingly minor event by any measure.

The indictment has gone with fraud against the operations of the Federal Election Commission, suggesting that the crime is thought to be against election operations, independent of whether there was any actual effect on the election.  That’s fair enough.  But there would seem to be a lot of overlap here with activities that simply aren’t crimes in the United States, no matter who does them, such as posting memes and political articles on social media.

Set aside the ominous implications for basically everything people expect to be able to choose for themselves on social media, such as whether an American who uses a fake name on Twitter has to be shut down (even prosecuted in the foreign country) if he wants to retweet a disparaging meme about, say, Angela Merkel, or Nicolas Maduro.  The possibility of America setting the wrong example in this regard is not to be shrugged off.

But the real issue for this prosecution may be whether a court in the United States, under the supervision of a federal judge, will find doing such things to violate U.S. law, even when the acts are prosecuted as a “conspiracy.”

There is also the whole question of the court recognizing fraud behind assumed identities on the Internet if there is no monetary or other material gain being sought, and if it’s not incident to the commission of a separate crime.  A whole lot of people assume identities on the Internet, many of them for political purposes; e.g., expressing opinions without exposing their personal information.

It will be an interesting case to make, I think.

A second thing to note is that the ID theft and wire and bank fraud are new allegations or at least lesser-known allegations.  We’ve mainly heard so far about the fake accounts on social media.  It should be pretty simple, at least, to make the theft and wire fraud cases.  Can the election-interference conspiracy be bootstrapped in on that basis?

The third initial observation is that there isn’t anything in the indictment about cyber intrusions into U.S. systems, such as the state voting information websites, or the Democratic National Committee email system.

The reason for mentioning that (other than the obvious point that no one connected to the Trump campaign is implicated in this) is that it seems to indicate the indictment isn’t intended to get the Russian defendants to sing about American co-conspirators.

The defendants don’t look like actors who would have knowledge or connection with a high-level conspiracy anyway.  They may have known they were conspiring at the behest of the Russian FSB, but as far as they were concerned, that’s where their tasking came from.  They didn’t have insight beyond that if there was an insight to have.

We’ll see how the prosecution itself comes out.  Although these were Russians, whom we obviously don’t want trying to foment political reactions in the U.S. (at any time, including during an election year), I’m not as worried about them as I am about things like Qatar and Saudi Arabia funding propaganda in our public schools, Chinese state-directed enterprises having carte blanche to sell computer hardware to our government agencies, or Russians, Chinese, Saudis, or any other foreigners giving big chunks of cash to the spouses of American political officials, or to their non-profit foundations.

It also doesn’t worry me as much as the long-term implications of prosecuting the “election-interference fraud.”  A lot of dangerous repression for Americans can ride in on the coattails of such a prosecution if it actually comes to anything.  I’m not a friend of the case that expression or support of the political opinion, without public identity exposure, is a definition of “fraud,” no matter who is doing it.  We’re having a hard enough time fending off dangerous threats to our political liberty, without this to muddy the waters.