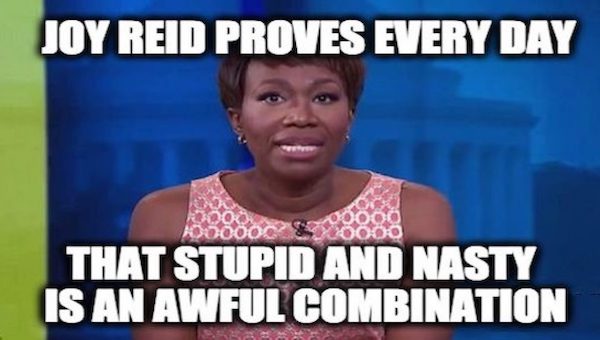 There’s a reason MSNBC is referred to as the official network of nasty liberal rage, hate, and stupid, lying liberal propaganda. Actually, there are a lot of reasons. But one of the most recent was provided by racist conspiracy theorist Joy Reid. She falsely claimed that Georgia was limiting voting to honor Confederate General Robert E. Lee.

“As the Georgia Senate runoff campaign kicks into high gear, Senator Raphael Warnock announced he’s filing a lawsuit to allow Georgians to vote early on the Saturday after Thanksgiving,” Reid said during her Tuesday hour of lying propaganda.

“Because of a law Republicans passed in 2016, it is currently illegal in Georgia to have early voting on any day that immediately follows a state holiday. And Friday, November 25th, is technically a state holiday. Celebrating the birthday of none other than Confederate general and literal traitor Robert E. Lee,” she added.

The law actually states two days from a holiday and Saturday is two days after Thanksgiving as COO in the Office of the Georgia Secretary of State Gabriel Sterling explained to David Axelrod on Twitter: We should be reminded that reality-denier Stacey Abrams voted for that legislation. 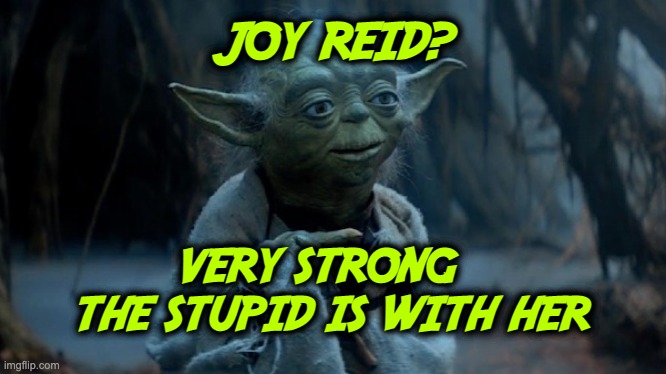 In other words, Joy Reid just put out fake news and disinformation. Wonder if she’ll be de-platformed or censored into oblivion. Oh, wait… she’s a liberal conspiracy theorist and a slanderer, so she can say anything she wants without repercussions. She’s been doing that for years:

Reid has attacked people of Christian faith, claiming there were too many Catholics on the U.S. Supreme Court to rule on the Hobby Lobby case, and she’s compared “Christian beliefs to ‘Something out of a novel. In 2018   posts displaying her hatred of Gay people were discovered. She also photoshopped a picture of Sen. John McCain, suggesting he was responsible for the Virginia Tech massacre and was revealed as a 9/11 “truther.” Joy Reid is not a fan of Mexican immigrants, has promoted the anti-Semitic canard that Jews and Israel control American foreign policy, spewed the modern version of the anti-Semitic blood libel, and much more. Reid referred to Supreme Court Justice Clarence Thomas as “Uncle Clarence,” And she claimed “people on the right would trade all the tax cuts for the ability to openly say the n-word like in “the good old days. Reid said, “Wealthy white Christian” Americans will employ “the apartheid model” of isolating minorities to preserve power.

Shakespeare may have been thinking of Joy Reid when he wrote in Cymbeline, “Thy tongue outvenoms all the worms of Nile.”

The correlation between bigotry and stupidity has been widely observed. It’s a different kind of ignorance because it’s not a result of being born with a lack of brainpower but a “self-imposed” lack of brainpower. Bigots are choosing to be haters; thus, they are choosing stupidity. MSNBC host Joy Reid is a bigot, but we’ve also learned she can be nasty. While stupid is terrible and nasty is awful,  the combination of stupid and nasty, like Joy, puts a person beyond repair.