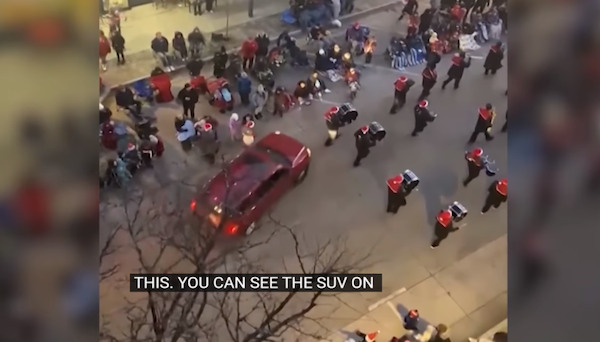 Media coverage of the mayhem in Waukesha, Wisconsin, Nov. 21 during the annual Christmas Parade has taken on a spin that appears the establishment media is trying to blame the vehicle rather than the guy allegedly behind the wheel, according to critics sounding off in a Fox News report.

Arrested in the incident that so far has taken six lives was repeat offender Darrell Brooks Jr. He was charged with five counts of first-degree intentional homicide, and on Monday, the Waukesha County District Attorney said additional first-degree charges are “imminent,” according to Fox News.

Brooks has become, according to NPR, “the poster boy for the backlash against bail reform.” He was out on $1,000 bail for an earlier arrest, and the public reaction has been nothing short of a public demand for keeping people like the suspect off the street.

The New York Post prominently reported that Brooks has “a decades-long rap sheet.”

The NY Post notes Brooks is a convicted sex offender and a bail jumper in a separate article. His most recent run-in with the law involves alleged domestic violence where he used the same SUV to run over the mother of his child. 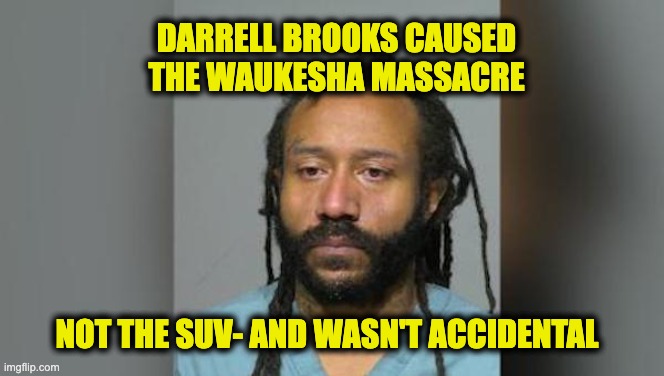 Fox News quoted several critics of the news coverage about the Waukesha murders. For example, William A. Jacobson, a media critic and professor at Cornell Law School, ripped CNN “and other liberal media outlets” for “portraying this as a car problem and shying away from focusing on the perpetrator because it would not fit their narrative that ‘White supremacists are the greatest threat of domestic terrorism.”

It is almost as though Brooks wasn’t even there, suggested Steve Krakauer, editor at Fourth Watch and a “former CNN digital producer.”

“These points were missing from recent reporting from CNN,” Krakauer reportedly said. “In fact, not only have most outlets avoided digging into Brooks and a potential motive, they’ve avoided Brooks’ involvement altogether.”

Even Hollywood liberal Debra Messing got angry at the way the MSM was covering the massacre.

It was not an ACCIDENT.

?Call it by its name?#WaukeshaMassacre

And it was a domestic terror attack.

Video of the incident shows a Ford Escape SUV speeding through parade participants, resulting in several serious injuries, including the six that were fatal so far. There has been no official motive, but the timing—just days after a jury in Kenosha acquitted Kyle Rittenhouse in the shooting deaths of two people involved in rioting in that city in August 2020—has led to speculation the two incidents might be somehow related.

Brooks allegedly drove through the Waukesha crowd only two weeks after he was released on bail for what NPR labeled “another act of vehicular aggression, in which he allegedly ran over a woman during an altercation.”