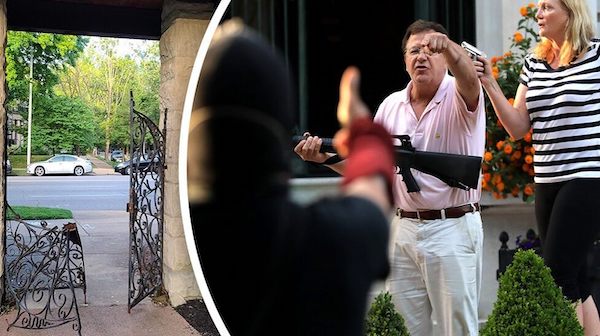 A group of protesters in St. Louis, Missouri were confronted by armed homeowners after the mob breached private property, threatening their family.  Reports by the MSM omitted key details as to skew the story and make the couple look bad. MSM skews reports

Other videos clearly show the unruly group, who were marching to protest Mayor Lyda Krewson for releasing the names and addresses of residents who suggested defunding the police department, entering through a gate clearly marked as “private property.”

The couple legally defended their home and their lives.

Daniel Shular, a photographer for the Columbia Missourian, posted a partial video on social media which started the skew against the couple.

A couple has come out of their house and is pointing guns at protesters in their neighborhood #StLouis #lydakrewson pic.twitter.com/ZJ8a553PAU

Even after seeing clear evidence showing the protesters broke through a gate entered private property and thus threatening the couple’s safety, the media have been feverishly spinning the incident as ‘crazed gun owners v. peace-loving protesters.’ 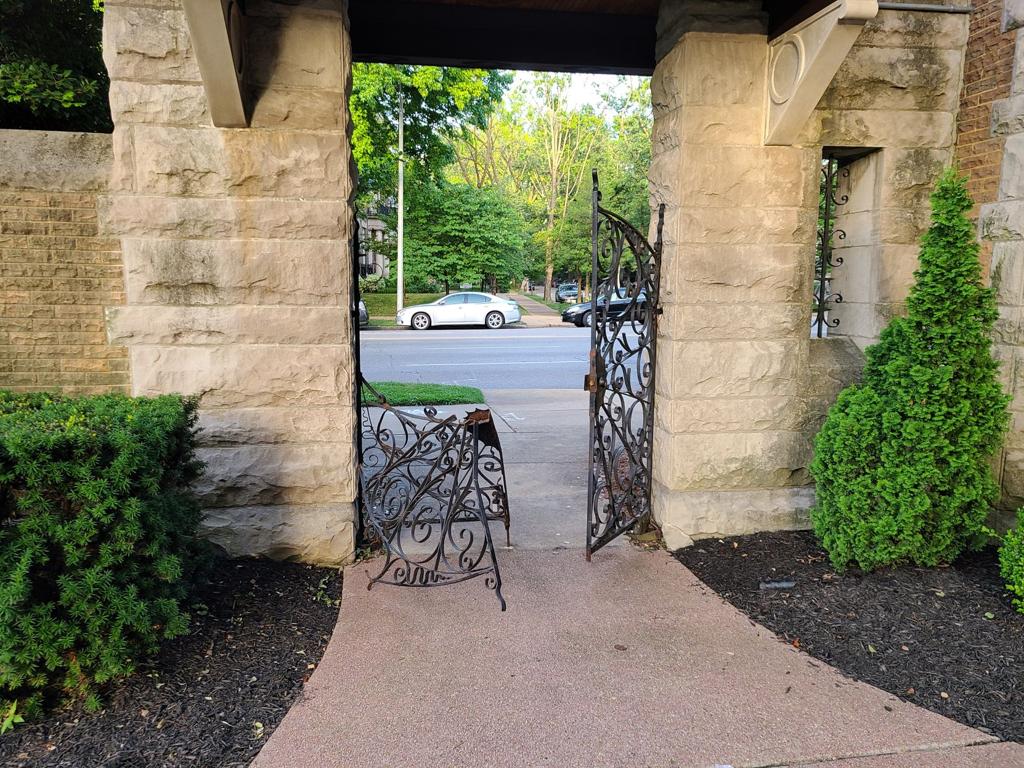 The Washington Post ran a headline that reads: “St. Louis couple points guns at peaceful crowd of protesters calling for mayor to resign.”

“The protesters marching through St. Louis on Sunday evening were armed only with posters and chants,” reporter Teo Armus, failing to grasp the concept of trespassing, wrote.

Another video showed the mob had opened a private gate and held it open as dozens and dozens of protesters flooded the property.

CBS News, meanwhile, couldn’t help themselves and simply had to identify the couple as ‘white.’ Because it has to be a black vs. white narrative for the corrupt media. Nevermind the fact that a good portion of the mob was also white, including those standing defiantly on the couple’s private sidewalk inside the gate—it was NOT a public sidewalk.

“When reporting on the incident Monday night, ABC and NBC intentionally hid those facts as they insisted the mob was just made up of “peaceful protesters,” and demonized the couple for protecting their home and lives with guns,” Media Research Center news analyst Nicholas Fondacaro wrote of Monday’s newscasts.

Fondacaro noted that “NBC Nightly News” began the segment with anchor Lester Holt reporting that Trump re-tweeted “an inflammatory video made during a protest” in St. Louis.

ABC’s “World News Tonight” didn’t handle the story much differently, according to Fondacaro.

“Chief White House correspondent Jon Karl also insisted Trump’s retweet was a way to ‘rally his base with racially incendiary rhetoric,’” Fondacaro observed. “And absent of any context, Karl reported that the video was of ‘a white couple in St. Louis pointing guns at black protesters walking by on a street in front of their home.’”

Missouri has the ‘Castle Doctrine‘ law, which enables people to use deadly force without fleeing if an intruder attempts to enter their property. 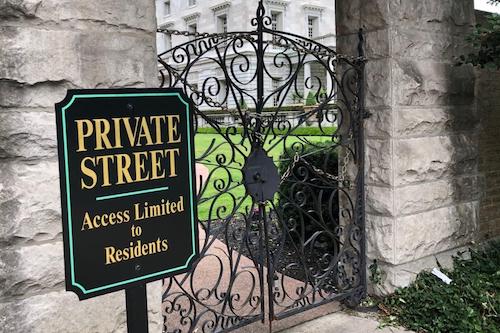 The crowd of protesters was taking their grievances to the home of St. Louis Democrat Mayor Lyda Krewson, who drew their ire by reading the names and partial addresses of protesters calling to defund the police during a Facebook Live briefing.

“Resign Lyda, take the cops with you,” they chanted, beating on drums as they marched toward the McCloskey’s home:

The McCloskeys said they were “in fear for our lives” and that’s why they pulled the guns out.

“It was like the storming of the Bastille, the gate came down and a large crowd of angry, aggressive people poured through,” Mark McCloskey said. “I was terrified that we’d be murdered within seconds. Our house would be burned down, our pets would be killed.”

Mark said they called 911 and grabbed their guns as they heard the crowd approaching their private, gated community on Portland Place.

“A mob of at least 100 smashed through the historic wrought iron gates of Portland Place, destroying them, rushed towards my home where my family was having dinner outside and put us in fear for our lives,” Mark McCloskey said and shared photos of the destroyed gate.

(…)One fellow standing right in front of me pulled out two pistol magazines, clicked them together and said you’re next. That was the first death threat we got that night,” Mark McCloskey said.

Meanwhile, leftists on social media have taken a cue from the mainstream media and done their best to doxx the couple.

“Someone identify these people. I don’t know the area. Get an address. I’ll help,” another wrote. “Sue them, ruin their businesses, help their employees sabotage their capital, call their kids, call their family members, call their country club— use capitalism for the weapon it’s designed to be.”

Imagine that – the MSM incites a twitter mob by telling only part of the story about two homeowners legally protecting themselves.

In the video below the McCloskeys explain their side of the story.