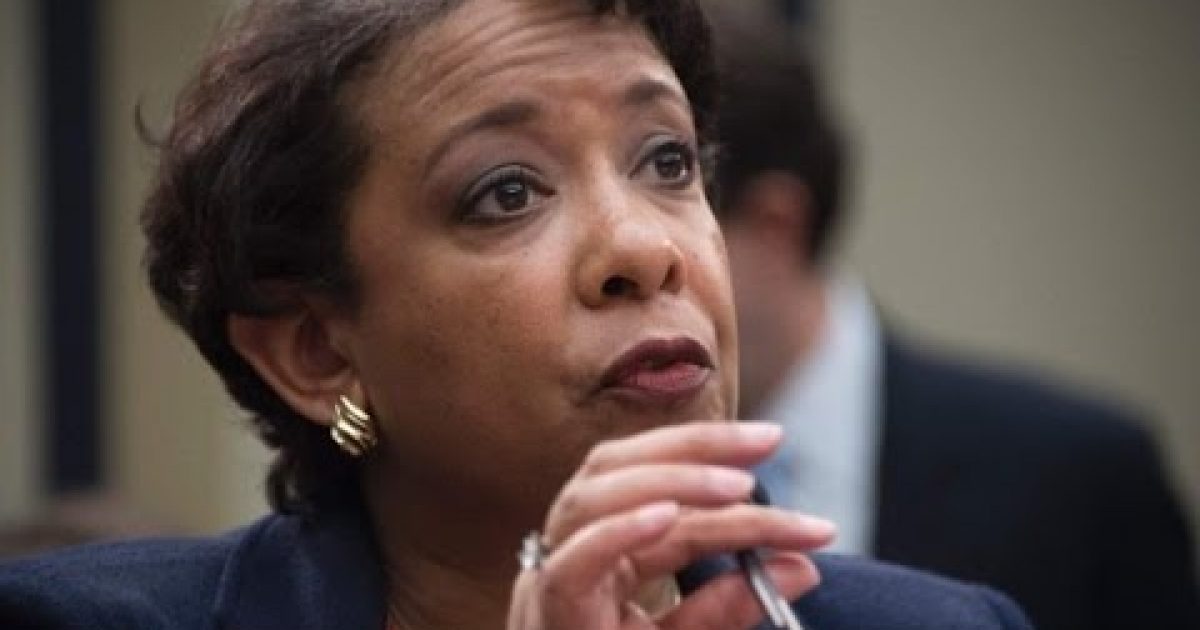 According to Attorney General Loretta Lynch it is way too soon in the investigation to say whether or not the Russian hackers were trying to sway the election to Donald Trump, but she does know that Jon Podesta has no Idea what he’s talking about. Ms. Lynch was interviewed by Jake Tapper on State of the Union Sunday:

Despite what the MSM and  Democrats still whining about losing the election claim, the Attorney General says it is way to premature to determine whether the Russians were help Trump win the election or any other motivation of the Russians.  She said:

This is a serious issue, and I think it requires and calls for the study and the review that the president has directed that all of us who are in the intelligence community or affiliated with it undertake. And so I think it requires that kind of serious review of all the information that we gather, before we can come to conclusions that can be discussed about motivation and intent

Tapper also asked about the John Podesta op-ed in the Washington Post, where Clinton campaign chairman castigate the FBI as slow to respond to the hacking of his email. Lynch defended the agency which reports to her, basically saying (in more diplomatic terms) He’s not involved in the investigation what the hell does he know.

Well, what I can tell you is, this investigation was taken seriously from the beginning. This is an incredibly serious issue. I can’t comment on Mr. Podesta’s sources or where he gets his information or why he has that view.

What I can say is that he’s not involved in the ongoing investigation, so he wouldn’t be privy to everything that would have been done or said to that. But, as I said, he’s entitled to his opinion.

And to Podesta’s claim that Hillary Clinton’s e-mail server got more attention from the Justice Department and the FBI than this hack investigation by Russia,

First of all, the investigation isn’t even over, so I think it’s impossible to characterize it in any one way or the other. You know, again, I don’t know where Mr. Podesta is obtaining information.  [note he’s pulling his info out of his butt because he is trying to convince the electors not to ignore the votes of the people in their state]

So — and I know also, because of his involvement with the campaign, he’s going to have a certain interest in this and a certain view of that.

And so I — again, I allow him his opinion. Everyone has a great deal of respect for him, so I allow him that opinion. But I disagree with that, if that is, in fact, the characterization he’s trying to make.

What Lynch didn’t say is that Hillary should be thanking God every day that the political ties of the Justice Dept. kept her from being charged. Watch this part of the State of The Union interview.