Most Illegals EVER Recorded Flooded Border in 2022 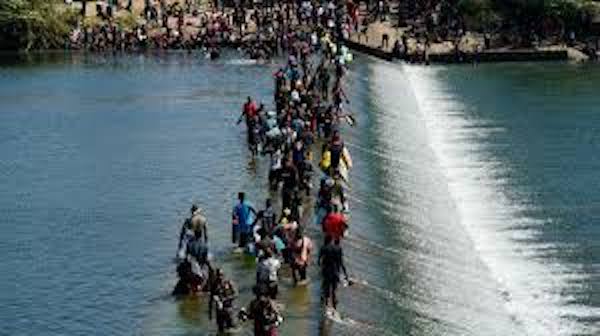 According to the federal government, more illegals flooded the border in 2022 than ever recorded in U.S. history. WOW, a new record! For this accomplishment, the Secretary of Homeland Security, Alejandro Mayorkas, should be rewarded with something like a bill of impeachment.

The U.S. Customs and Border Protection says that in 2020, there were 458,088 encounters at the border between illegals and border agents. Last year, that number skyrocketed to 1,734,686. And the total this year already flew past all of 2021 with 1,946,880 land border encounters with illegals.

According to the Washington Office on Latin America’s Adam Isacson, even if totals were skewed by “repeat crossers” — illegal aliens who had been picked up and expelled previously in the same fiscal year — this year’s numbers will still break previous records. “No matter how you measure it,” he said, “this will be the largest year ever.”

66 illegal aliens listed in the Terrorist Screening Database were among those CBP encountered this year at the border.

Republican Rep. Paul Gosar (Ariz.) responded to the recent CBP statistics, claiming that “The Biden Regime has facilitated an invasion of our sovereign borders of more than 4.2 million illegal aliens since January 2021.”

This is nothing short of an invasion of our country.

The bulk of these people flooding across our border have no education, no skills, are often sick and racked with disease, and many are criminals completely aside from breaking our laws by entering our country illegally.

Most of these people come here solely to take our welfare and to live off and drain the resources of productive Americans.