For Passover: Fourteen Video Clips Of Moses From Different Movies

Because Moses Got Screwed Out Of Passover a 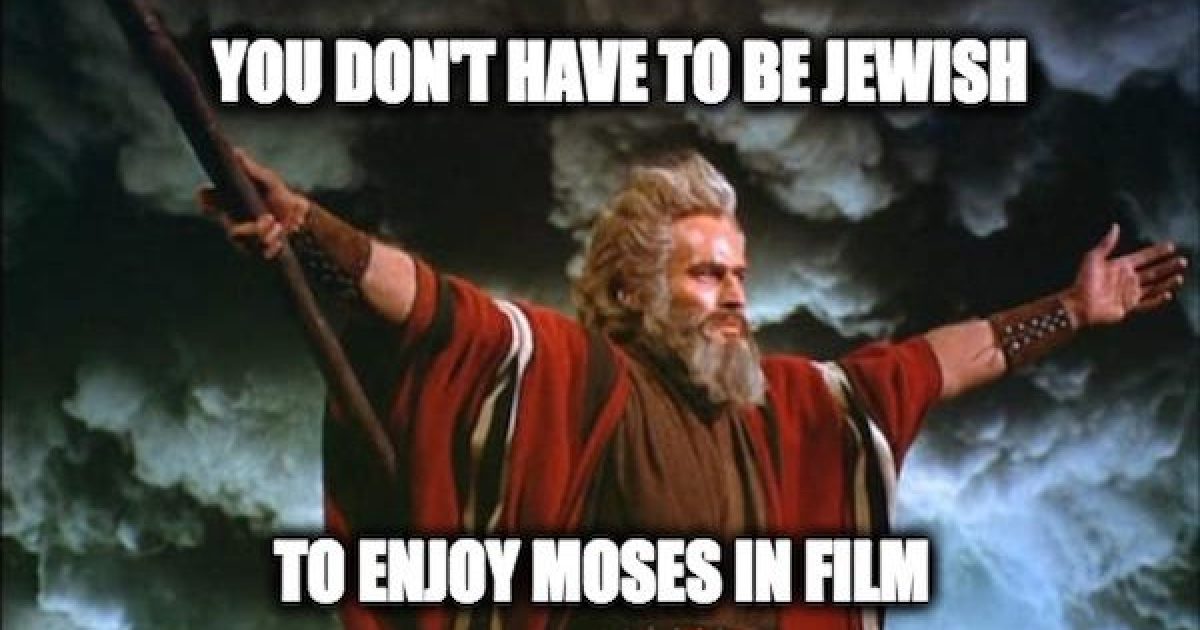 At sundown Wednesday,  Jews all across the world will begin the celebration of Passover. Outside of Israel, the first two days of the holiday begin with a Seder (Jewish holidays begin in the evening). In Israel, it’s one day. During the Seder Jews across the world tell the story of the Exodus from Egypt. But the Haggadah, the book that acts as the script for the seder doesn’t mention one crucial person in the biblical Exodus story more than once!  Moses. Yes THAT Moses… Prophet, miracle maker, former tennis player, and the prince of Egypt got royally screwed. How do I know he was a tennis player? Doesn’t the bible say that Moses served in the courts of Pharaoh? Moses movies

Leaving Moses out of the Haggadah was not a biblical command, Nowhere in the book of Exodus does it say, “Thus sayeth the Lord, when you remember this day ‘ixnay on the osesmay.’  Moses’ omission was a man-made, rabbinical decision. This is the age where everyone gets a participation trophy, and Moses did much more than participate.  Therefore Lidblog has found a way to honor poor Moses (who still has to suffer the indignity of a lousy joke saying if he made a right instead of left, the Jews would have all the oil).

In an attempt to make it up to Moses for being left out of the Passover seder, The Lid presents fourteen movie/TV clips of different actors playing Moses on film(below).  Why 14? Because in Jewish numerology seven is the number for spiritual perfection, so as we approach this holy period for both Jews and Christians below is a double dose of spiritual perfection.

And before we get to the video, while we don’t know what Moses looked like, we do have an idea of what the evil Pharaoh who hated the children of Israel looked like: 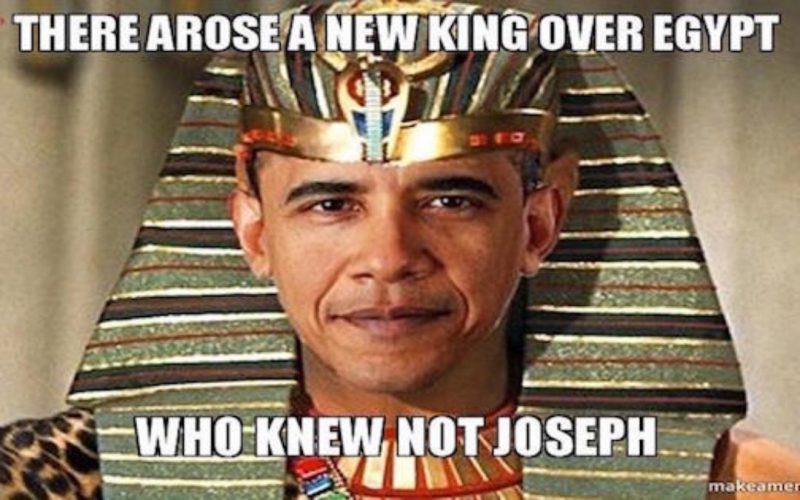 The latest Moses in the Movie Moses: Gods and Kings–Moses was Played by Christian Bale.  While watching the movie one half of me expected Moses to punch pharaoh in the face and snarl, I’m Batman.

How today’s fake MSM news would have covered Moses’ exploits in Egypt.

And what would the Exodus have looked like if Moses had Facebook (and wasn’t put in the penalty box because he liked religion).

The Haggadah is a book that was put together by Rabbis after the destruction of the Second Temple in Jerusalem. It was created so Jews would have a guideline of how to celebrate the holiday without the animal sacrifices required by the Torah.  Those sacrifices can only be conducted in the Holy Temple, perhaps because the folks at PETA would have a conniption.

Those Haggadah compiling Rabbis decided not to honor Moses, who not only led the nascent Jews out of Egypt but every time the Israelites screwed up prayed for the Lord to forgive them. Instead, they honored Elijah a prophet and a sourpuss.  In chapter 19 of the book of Kings God tried to get  Elijah to pray for the mercy of the people, but instead, he displayed righteous indignation and demonstrated that he was incapable of accepting that the Israelites were humans and had faults.

Think about it for a minute, at age 80 when most people sitting on their front porches yelling at kids to get off their lawn, poor Moses had to lead 600,000 Jews (called Israelites at the time) on a forty-year trip through the wilderness, being rewarded with nothing but whining. During that long wilderness walk Jews began a tradition that still exists today, complaining about the food during a trip. Oy, the complaints! Can you imagine what nonsense poor Moses had to listen to?  They even complained about the food they received directly from God. That’s why it’s called Manna. Manna or Mah Na is Hebrew for “what is this?” Come on! When God sends you food you don’t run up to your leader and say “Hey Moses what is this crap?”

When Moses was 120 years old, just when he finally got the Jews close to their destination, The Lord replaces him with a younger guy, Joshua (who was only 90) and told Moses he can’t enter the holy land.  The poor guy never got to enter Israel and taste falafel, some good hummus, or even look at the beautiful sea of Galilee, while dining at my favorite Chines Restaurant, Pagoda in Tiberias.    Moses deserved better treatment, not only because he endured forty years of leading the Israelites through the wilderness, but for 3,500 years  “not asking for directions” or “making a wrong turn and missed the oil” jokes slandering his name.
Near the end of the Seder, a glass of wine is poured, the front door is opened and an ancient prophet is invited in to parse his thirst. Moses? No, Elijah.

Moses endured Pharaoh, the Exodus, forty years of wandering in a desert-like wilderness with Jews constantly complaining about the food, and he doesn’t even get offered a glass of freaking water. But Elijah, Mr. “ride a flaming chariot into heaven,” get a glass of wine at every Seder in every Jewish house across the world. Heck, the last line of the entire Torah begins with, “And there was no other prophet who arose in Israel like Moses, whom the Lord knew face to face,” but Elijah gets to party at the Passover seders.

And guess what, it’s not just Passover at every Bris (ritual circumcision) the child’s parents put out an extra chair–it’s for Elijah! So while the guy who wouldn’t pray for the Jewish people gets wine on Passover, and bagels and whitefish every bris…Moses gets nothing.

In Hebrew, Moses is called Moshe Rabbeinu which means Moses the Teacher. Perhaps he can join a teacher’s union. After all, if anyone deserves union protection. He got screwed!

Oh and one more thing…the Sea of Reeds. In the original Hebrew, the miracle of splitting the sea occurred at

Those two Hebrew words are pronounced Yam Suf and the English translation is Sea of Reeds. Apparently, the typo was first when the Torah was translated from Hebrew to Latin–and was continued when King James posted his version.

To everybody no matter what faith, have a joyous holy season.