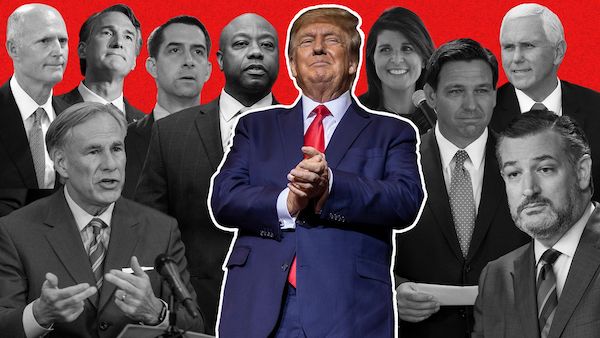 With Donald Trump already in the 2024 presidential race, there is plenty of renewed speculation about who he could find himself running against during the Republican primary.

At least in his mind, Trump is the presumptive nominee for the GOP in 2024. He’s the former President, first and foremost, and he holds a massive swatch of the Republican electorate in the palm of his hand.

But that hasn’t stopped some of his fellow GOP members from beginning to suggest that they may want a shot at the nomination…including several of those who were once considered insiders within Trump World.

At this weekend’s Republican Jewish Coalition conference, a parade of ambitious Republicans hit all the notes that politicians eyeing future campaigns for the White House typically do. Their tones and messages varied — few called out Trump by name — but collectively, they made clear they would not back down to the former President’s third consecutive poor election with him at the helm.

Mike Pompeo, Trump’s hand-picked secretary of State and CIA director, warned that for Republicans to win elections, they can’t simply “go on Fox News or send tweets.” Former New Jersey Gov. Chris Christie ran Trump’s transition and said Republicans were losing because “Donald Trump has put himself before everybody else.”

Nikki Haley, Trump’s U.N. ambassador who said last year she wouldn’t run if her former boss did, has apparently changed her mind. She used her Saturday evening speech here to say she was looking at running in a “serious way,” and to call for “a younger generation to lead across the board.”

The comments come amid other notable Republicans suggesting that they too might run, including Trump’s own former Vice President Mike Pence.