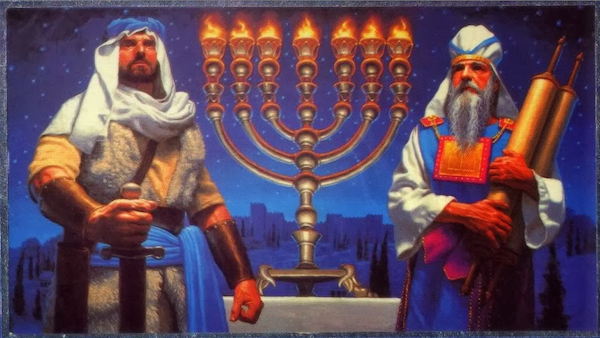 Almost 2,200 years ago, Syrian-Greek King Antiochus IV persecuted the Jews and defiled the Holy Temple in Jerusalem. He wanted to push the practice of the Jewish faith out of Judea (Israel).

In the Judaean town of Modi’in, a Kohen named Matthias ben Yohanan and his sons began a grassroots movement –a guerilla war– to fight Seleucid King Antiochus IV and the Hellenist Jews who supported the king. Their goal was to force the Seleucid Empire’s army out of Judea to preserve an independent Jewish state.

After Matthias passed away, leadership passed to his son Judah. Judah and his brothers were called “Maccabee,” a word created using the first letters of the Hebrew phrase, Mi Kamocha Ba’eilim Hashem, “Who is like You, O G-d.”

Within two years, the Judeans won their war against the Seleucid army and the Hellenist Jews who fought on the Greek side. The Holy Temple in Jerusalem was cleansed, and Judea was preserved as a Jewish State.

Today the State of Israel is facing many of the same threats Judah and his brothers fought against in ancient times.

Thankfully, there is no outside army inside Israel, but she is surrounded by armies trying to destroy her because she is a Jewish State. As Prime Minister Binyamin Netanyahu said during a speech to the U.S. Senate, “you see, our conflict has never been about the establishment of a Palestinian state. It has always been about the existence of the Jewish state.”

Two millennia ago, Hellenized Jews were fighting against the Jewish State. Today leftist Jewish organizations such as J Street and Jewish Voice for Peace have joined with Israel’s enemies in a propaganda war to delegitimize Zionism and Israel.

What is the solution?
Join Herut  And Become A Modern Maccabee. (The Lid is already a member) 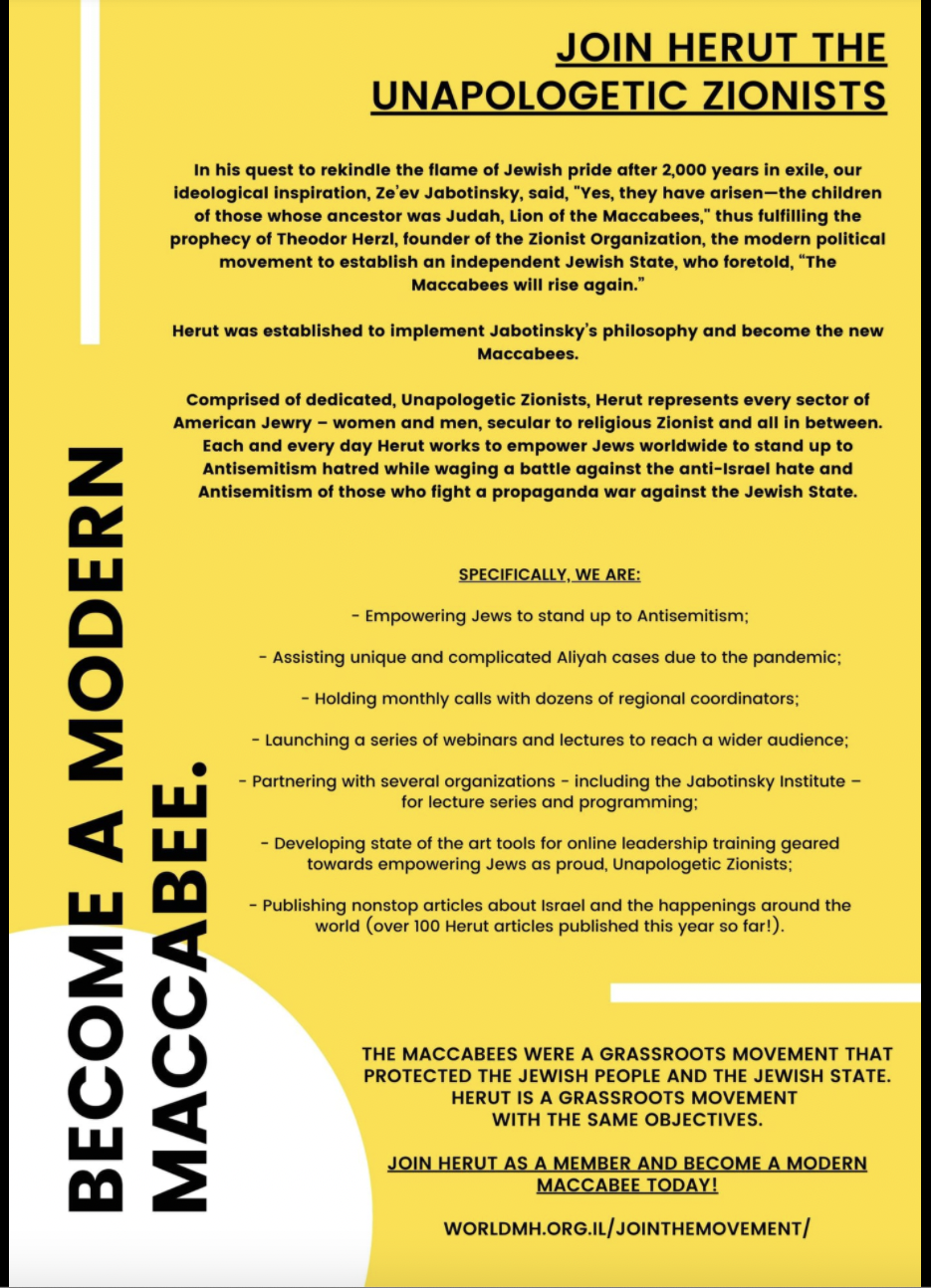