Rep. Mo Brooks: ‘Whistleblower’ A Spy Acting On Behalf Of The Dems And Joe Biden 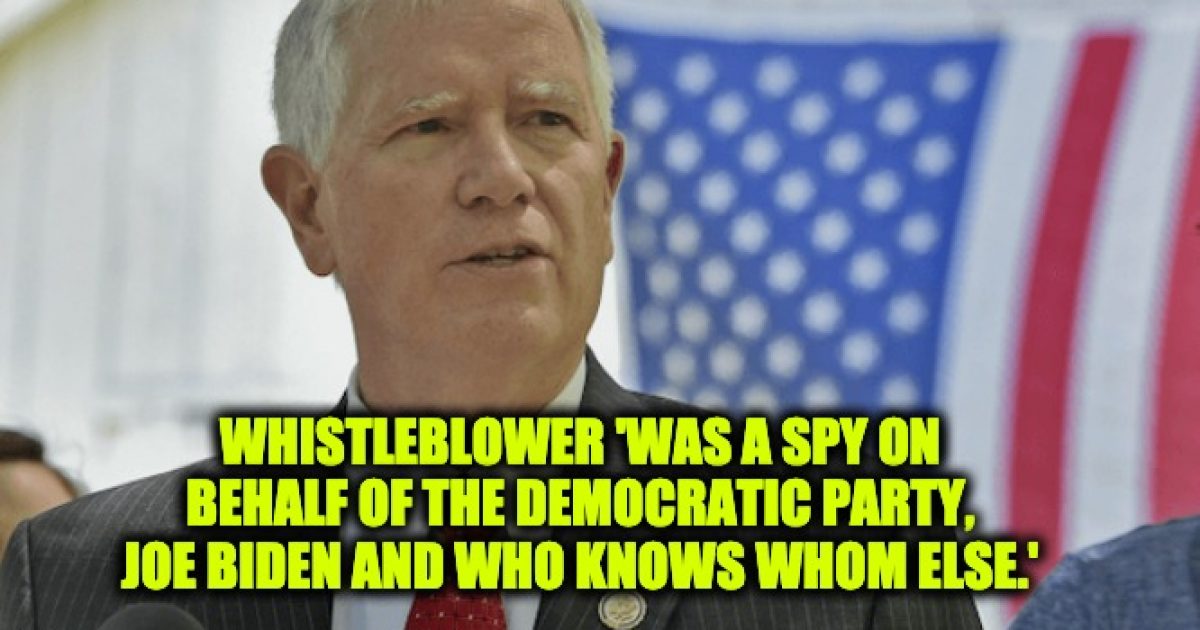 Rep. Mo Brooks (R-AL) said where the real threat lies is in “people like” the so-called whistleblower, who Brooks deemed to be a spy for Democrats. (interview embedded below)

“It becomes a real problem when you have people like the whistleblower, who is, in fact, a spy in my judgment,” Brooks said. “And he was a spy on behalf of the Democratic Party, Joe Biden and who knows whom else. And I suspect he went into the White House knowing he was going to spy and he was going to try to undermine the president of the United States as best he could. Now when you have someone of that nature, that is a real problem.”

“And to me, we need to look long and hard at this whistleblower, and there ought to be a determination as to whether he should be fired if he violated any laws that relate to the confidentiality of communications between the president of the United States, on the one hand, and the president of Ukraine on the other, because his doing what he did as a spy on behalf of the Democrats, has created a significant amount of friction between the United States of America, Ukraine and who knows who else.”

This has been my thought from the very beginning! This was a spy planted by Brennan’s operatives and worked in conjunction with the Obama appointed ambassador along with other operatives in the State Department and Military. That’s why this is a real Coup d’état.

It’s not only a coup. It’s a smokescreen to deflect attention from the AG’s investigation of Obama’s decision to spy on the Trump campaign.

Listen to the full interview below.

Rep. Mo Brooks (R-AL) said where the real threat lies is in “people like” the so-called whistleblower, who Brooks deemed to be a spy for Democrats. (interview embedded below)