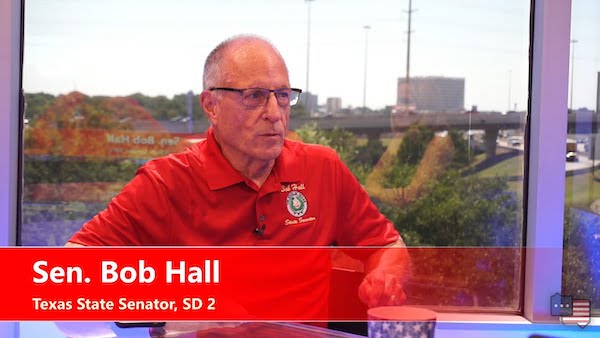 Media Matters, the progressive organization that helps create the Democrat’s anti-conservative talking points behind closed doors, was caught pushing a lie about Texas Republican Bob Hall. This lie was so obviously wrong,  so egregious they had to retract the story and apologize. MMFA leftists

Media Matters (MMFA) pretends to be a “fact-checker” group, but all it really does is program the Democrats with hard-left attacks on conservatives and Republicans. It was created by the Center For American Progress and originally acted as a tool for Hillary Clinton. As they grew, their slanted, lie-filled “reporting” often served as the basis for the Democrats and the mainstream media attacks on the right.

This group’s attacks are often lies, but usually, they don’t retract what they “report” because their efforts are to push lies to undergird leftist policy.

Like when Jeff Dunetz (the Lid) was writing for Breitbart, and they labeled him a “Jew-basher” because he objected to a column written by a Jew-hating Jew named M.J. Rosenberg. The column accusing American Jews of the anti-Semitic canard of dual loyalty, calling them Israel-firsters. An MMFA operative made the “Jew-basher” attack on a Saturday when Dunetz isn’t online because of the Jewish Sabbath. Still, his Breitbart colleagues protected him by slamming the slandering MMFA until Jeff got back online Saturday night.

In an unusual move for the liberal slander machine, the MMFA slander of Bob Hall was retracted. Maybe they’ve grown a conscience (but I doubt it).

On Tuesday, the leftist group pushed out a story entitled, “GOP Texas state Sen. Bob Hall appeared on the program of a white nationalist, pro-Hitler outlet that denies the Holocaust.”

You can see a cached version of the lie-filled story here.

But it turned out that in its rush to slander another Republican with fake a Jew-hating label, Media Matters did not bother to check to see if this radio program was filled with Nazis and Holocaust deniers.

It turns out that the lying writer, Eric Hananoki, didn’t bother to investigate to realize that Sen. Hall did not actually appear on the radio program at all and that the radio show just used cuts of Hall and created their own fake interview.

Media Matters put out a retraction:

“Earlier today, Media Matters published a story stating that Texas state Sen. Bob Hall had “appeared on the program of a white nationalist, pro-Hitler outlet that denies the Holocaust.” After publication, we were made aware that the program in question — The Barnes Review History Hour (TBR History Hour) — had faked the interview, falsely claiming they had interviewed Hall by splicing in previous interviews Hall had given to other outlets and making it seem like he was responding to questions from TBR. We have pulled the story and apologize for the error.

Media Matters retracted a story after failing to do basic due diligence and realizing they were fooled by some crackpots.

MMFA apologizes for their error but not to the state senator they accused of being a nazi.https://t.co/RKJikG4jjm pic.twitter.com/OwCjx05Pgo

Media Matters got caught in their own web of lies again. And to be honest, no one deserves to be exposed more than MMFA.