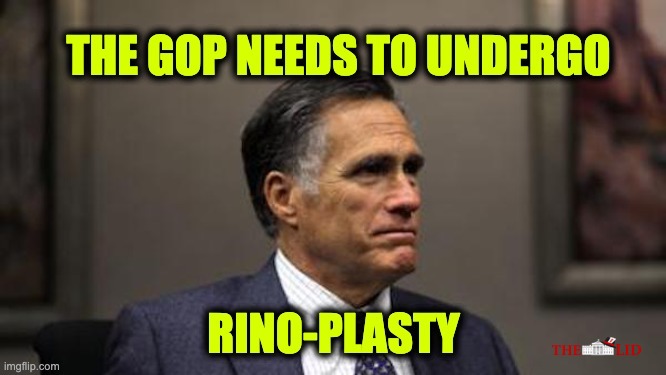 Well, that wasn’t quite the welcome that Mittens expected from the more than 2,000 attendees! Mitt Romney was booed.

On Saturday, during the Utah GOP convention, the membership tried to vote to censure Sen. Romney over his votes during the two impeachment trials of President Donald Trump.

The censure resolution failed narrowly in a 798 to 711 decision.

The heckling of Romney came after the vote to censure and just as he approached the podium to address the crowd. The booing started before he could get a single word out.

Mittens defended himself and said that he “follows his conscience.”

‘Aren’t you embarrassed?’ said Romney in response to the catcalling as he walked onto the stage.

‘I’m a man who says what he means, and you know I was not a fan of our last president’s character issues,’ he said.

Shouts of ‘traitor’ or ‘communist’ could be heard from the crowd.

‘I’m a man who says what he means, and you know I was not a fan of our last president’s character issues,’ he said.

Shouts of ‘traitor’ or ‘communist’ could be heard from the crowd.

At one point, Derek Brown, Chairman of the Utah GOP, had to step in and calm down the crowd urging them to “show respect.”

Another round of boos started to bubble up when he said, “Look, I like Joe Biden. He’s a nice person. I think he has good intentions.” Romney quickly added, “but at the same time, I think Ronald Reagan put his finger on exactly what’s wrong with President Biden and many others in the Democratic leadership. He said this, ‘It’s not that Democrats are ignorant, it’s just that what they know is wrong.’” He managed to get a few applause with the quote by The Gipper.

But, it was not to last. He was heckled throughout his speech, interspersed with moments of applause.

Romney’s Senate term ends on January 3, 2025. That’s still a while away. We’ll have to see if he’s willing to stand before voters for re-election or toss his hat back in the ring to run for President. But that won’t matter. He will never get the nomination again.  Mitten’s first name is Willard, which was also the name of a movie about Rats.  Most Republicans understand the appropriateness of that movie title because Willard Mitt Romney isn’t a real Republican. He is more of a Rat.