Missing My Dad On Father’s Day 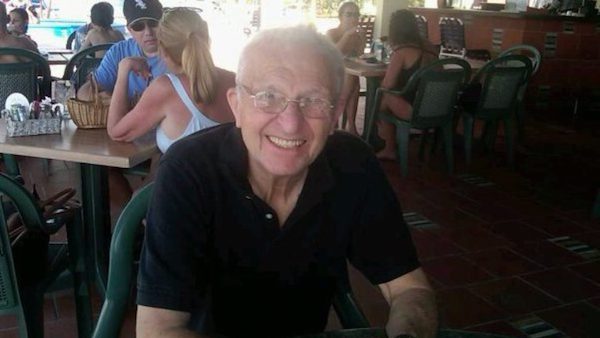 Father’s Day does not seem as happy as the first 58 Father’s days in my life. It’s hard to totally enjoy the day since my dad passed away in 2016  missing Dad

When giving medical advice to friends, as friends do, I always joke that my knowledge was based on the fact that my father was an M.D., no he wasn’t a physician. He was a house painter (and in certain circles, I am still known as the painter’s son). My dad was an M.D. because they were his initials his name’s Milton Dunetz.

Dad passed away early Wednesday morning, November 2nd (sorry liberals but he voted early for Trump before he passed away). Both of his parents were of Russian descent, so maybe it was his vote that was the Russian conspiracy (it’s a joke, folks). Dad was a conservative who loved this country and served in the Philippines right after WWII. He thought the food he was fed in the Army Air Forces was the best food he ever had (the USAF was called the Army Air Forces back then). Dad’s conservatism was on display when he taught me that people aren’t going to just give me stuff—the way to get ahead was to work my butt off.

The last time I saw him was when I visited him in Florida a week and a half before he passed.  During that visit, he said more than once that my Mom, who had passed away seven years earlier, was calling him.  Anybody who knew my Mom knows when she called you better listen, I guess he listened because he died soon after.  My father said that he wanted to make it to his 90th birthday. He made 90 plus three days as his birthday was October 30th. As someone who does not believe in coincidences,  it was no surprise that Dad’s Hebrew name was Noach and the section of the Torah we read in Synagogue the week he passed away was Noach, the story of Noah and the flood.

Most people who met my father for the first time always commented about how nice he was. He was the nicest person I ever knew and not just because he was my father.

This may sound corny, but it’s the truth that wherever we were if there were little children or puppies around, they would gravitate toward my dad, probably because they sensed his good nature. You never had to tell my dad to smile when you were taking a picture…he was always smiling.

When I was in college, I would house paint with my dad during the summers. It was a great way to make money, the boss’s wife made me meals, I got to use the company car nights and weekends, and free cable at home.

Even when we were working outside on 100+ degree–humid days—days that would make most people miserable (like me), one could tell my dad was painting that house because of the sound of him singing loud as he did his work. Generally, he got the tunes and words wrong, but it didn’t matter he radiated joy most of the time–so much pleasure that I know if he was around during this Corona lockdown, it would have been much easier to bear.

When I was down in Florida just before he passed away, Dad was fighting dementia. He was desperately trying to hold on to his memory, continually going over everyone’s names, his kid’s names, the names of his children’s kids, the layout of our homes, etc.. Incredibly through that desperate struggle, my father kept talking and singing happily, because that was my Dad.

I have two adult children of my own. They bring me joy all the time. But when celebrating Father’s Day together on Sunday, it can’t be quite as joyous as it was five years ago because my dad won’t be there.

Dad, I will try and be as happy on Father’s Day as I was when you were alive because you would want me to be. But know that I miss you, and please say hi to Mom for me. And tell her that yes, the kids are wearing coats and hats during the winter. During the summer we are making sure, they’re putting on sunscreen before they go out, so she doesn’t have to worry.