Minneapolis Manufacturer Burned Out In Riots, Now Leaving City Taking Jobs With Him

"They Didn’t Protect Our People. We Were All On Our Own.” 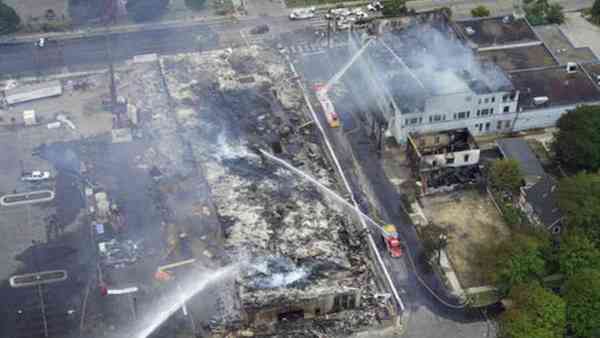 In what may be a harbinger of things to come for big cities across the nation, a Minneapolis manufacturer whose business was burned down is leaving the city. Why? He says it’s because the Democrat leaders have failed to protect his investment in the city.

Kris Wyrobek, the CEO of 7-Sigma, Inc, which has operated as a Minneapolis manufacturer since 1987, says he is relocating to another city. His firm employed about 50 people.

“They don’t care about my business. They didn’t protect our people. We were all on our own.” Kris Wyrobek

Wyrobek said the plant, which usually operates until 11 p.m., shut down about four hours early on the first night of the riots because he wanted to keep his workers out of harm’s way. He said a production supervisor and a maintenance worker who live in the neighborhood became alarmed when fire broke out at the $30 million Midtown Corner affordable housing apartment complex that was under construction next door.

“The fire engine was just sitting there,” Wyrobek said, “but they wouldn’t do anything.”

Two days after the riots began, Gov. Tim Walz described the city’s response as an “abject failure.” Walz ordered the National Guard into Minneapolis to restore order at the request of Mayor Jacob Frey. The violence sometimes overshadowed peaceful protests over the death last month of George Floyd at the hands of Minneapolis police officers.

Frey said Monday that he was unaware of 7-Sigma’s decision to move, and he declined to say whether the company’s decision reflects the challenges facing city leaders as they try to convince business owners to rebuild in Minneapolis. Many business owners have criticized the city, saying their pleas for help went unanswered.

In fairness, the fire truck was probably “just sitting there” because with the riots going on around them, the safety of their firefighters was at stake. Firefighters are not armed.

About 1,000 commercial properties in the city were destroyed. That includes 52 businesses totally destroyed. At least $500 Million in damages. Any wonder why some of the businesses may leave?

Here are pictures from some of the parts of the city:

All of the above photos are screenshots from Star Tribune drone footage.

Minneapolis, looking like the aftermath of a war. pic.twitter.com/eEiF6gkJdL

It is a war, Mark Higgie. And with Minneapolis City Council demanding that the police be disbanded, it could become worse as the city attempts to move forward.