Army Colleague Says Call To China Was Nothing New, Milley Had No Intention Of Supporting President Trump 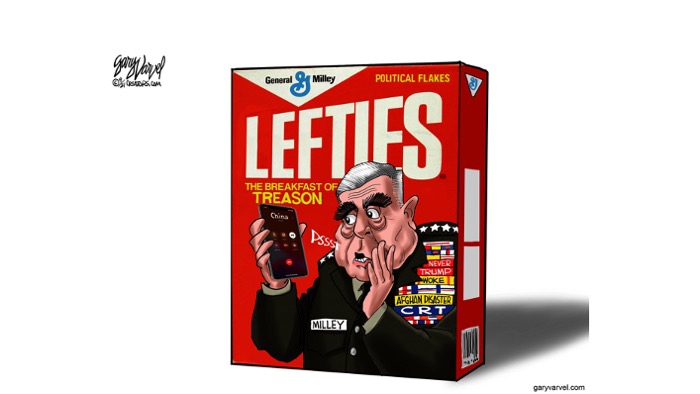 Last week, Americans learned several shocking tidbits of information regarding General Milley and the last several weeks of the Trump presidency, which infuriated much of the nation.  Milley often went rogue

Despite that role, “he ordered elements of the 82nd Airborne and the 10th Mountain Division to fly overnight to DC to Fort Belvoir and [Joint Base] Andrews without consulting the Army chain of command and reaching around the chain of command to do that. I know that for a fact,” said E. Casey Wardynski, a former assistant secretary of the Army during the Trump Administration.

Milley was said to have made phone calls to his counterparts in Beijing, assuring them that Trump wouldn’t be launching any sort of strike against China during his final days in office.  Milley also made it clear that he would warn them if any such plan was coming to fruition. This had Americans concerned, believing that Milley had overstepped his role, possibly crossing the line into treachery, and at the least circumvented the presidential authority as Commander in Chief.

Now, a witness from inside the administration has suggested that rogue behavior wasn’t abnormal for Milley.

E. Casey Wardynski, a former assistant secretary of the Army for manpower and reserve affairs, claimed that Milley — who, according to the book, “Peril,” by Bob Woodward and Robert Costa, called his Chinese counterpart twice to tell him that the US would not attack Beijing — routinely violated the bounds of his authority.

Wardynski said Milley and chief of staff of the US Army Gen. James McConville engaged in a “pattern of behavior” to thwart President Donald Trump.

Wardynski also called Milley a bully who had no intention of supporting the president,”

Not surprising for the woke General who believes that everyone in the military should be taught critical race theory.

“These kinds of behaviors and this willingness for military leaders to exceed their authorities and ignore authorities of the civilian officials appointed over them … positions under the Constitution and laws of the country was not something that came to them on Jan. 8,” Wardynski told Fox News.

“It was something that they had done for a while.”

Milley has so far resisted calls for his resignation since the first reports about his China calls from the Woodward book.